The study was spurred by a desire to better understand public views in the U.K. towards GM and GM-free labeling, using both qualitative and quantitative techniques with 1,467 interviewees from England (1,000), Scotland (200), Wales (221) and Northern Ireland (176).

Despite the passion the GM debate so often evokes on both sides of the spectrum, only 2% of participants surveyed spontaneously mentioned that they looked for information about GM content when buying food products for the first time.

"The findings indicate that the provision of information can affect response to labelling. For those with less established opinions, or those lacking understanding, providing information about potential benefits and drawbacks of GM often lessened inititial negativity and assumptions regarding GM foods," the report said.

"Opinions towards GM tended to be more based on more general attitudes towards 'food technology' rather than based on specific knowledge of GM foods. This raised negative assumptions or concerns about the use of GM food - for example, that it is of lower quality or could impact on health.

Partcipants were generally not seeking GM information about their food, but once the topic was raised the information was seen as important in order to give consumers the right to choose.

When told about the potential cost implications of GM labeling, opinions did not tend to change and participants believed they should not have to bear any increased labeling costs.

"The possibility of increased food costs could lessen labelling requirements for those less interested participants, but not for those who prioritised food quality issues or held strongly negative opinions regarding GM.

"Raising the potential of increased costs also resulted in some negativity and frustration."

The survey found that 74% of participants claimed they had heard of the use of genetic modification in food production, but 60% said they knew little or nothing about it.

"Only 35% of those that had heard of the use of GM or don't know stated they had talked about it with anyone while  a lower proportion had searched for information about GM (23%). 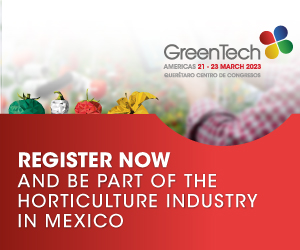