BerryWorld Australia's first commercial raspberry crop is now underway with expectations volumes will ramp up and continue past the country's traditional peak period, making supply available in the lead up to winter as well.

The milestone marks the company's second berry crop launch in Australia as part of a joint venture between Piñata Farms and British berry brand BerryWorld. 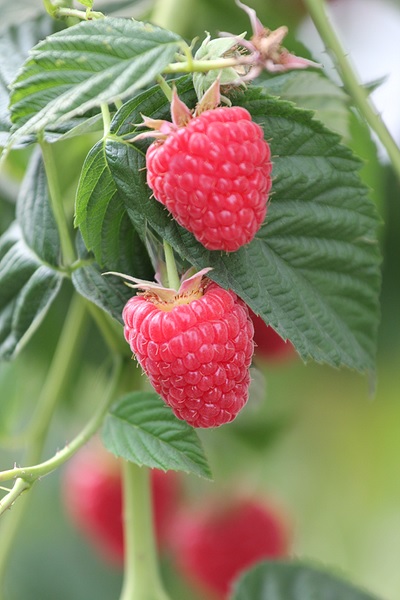 The scheme started with strawberries and will expand into blackberries in 2020.

Harvesting began in mid-January in Stanthorpe, Queensland - an area known for its apples and a cool micro-climate, but nonetheless much further north of the southern states where most of Australia's raspberries are grown.

Raspberry production will also start at the company's Wamuran property in Queensland's Sunshine Coast hinterland in 2019, while it is likely contracted growers will also produce BerryWorld's specialty varieties within two years.

As this was the first crop the company wanted production to coincide with "known conditions and market forces" for the traditional November to March period, but the fruit - to be sold in 125g clamshell punnets in select Queensland Woolworths stores - will also be available until May.

"We expect this may be more challenging in terms of conditions, yet we hope consumers will be excited about having quality fresh raspberries for longer," said BerryWorld Australia managing director Gavin Scurr.

Scurr said the Australian raspberry scene had changed significantly in recent years and there were more opportunities for producers than ever to shake up the category.

"Raspberries have never been more affordable. Sales have traditionally reflected the differences in supply volumes but, with supply being stronger than ever, sales have been competitive," he said.

"There are also several new category entrants, including BerryWorld, driven by the desire to extend the seasonal availability of raspberries for the domestic market.

"This landscape presents us with a chance to change the consumer's perception that Australian raspberries lack flavour and are too expensive."

Scurr said BerryWorld Australia was growing a specialty variety from the Edward Vinson breeding program in the United Kingdom.

"It's always flavour first with any fruit we grow and this variety has exceeded expectations for sweetness. Consumers will be surprised as there's only a subtle hint of sharpness - quite unlike other Australian-grown raspberries on the market. We wanted a point of difference with flavour and this variety has delivered," he said.

"BerryWorld raspberries are a classic raspberry red with a glossy flesh. They are firm and have a consistent conical shape. Berry size is comparable or slightly larger than other Australian raspberries."

"We saw an opportunity in Australia for better tasting berries and, in Gavin Scurr, a partner with a similar vision. Being able to bring our proprietary genetics to the Australian market gives us an opportunity to develop a top tier, quality raspberry offer," Olins said.

"Our proprietary raspberry varieties have won awards across Europe and we feel Australian consumers will love them as well. Bringing raspberries into the mix expands our branded offer beyond strawberries and gives consumers the opportunity to buy into a broader BerryWorld range," he said.