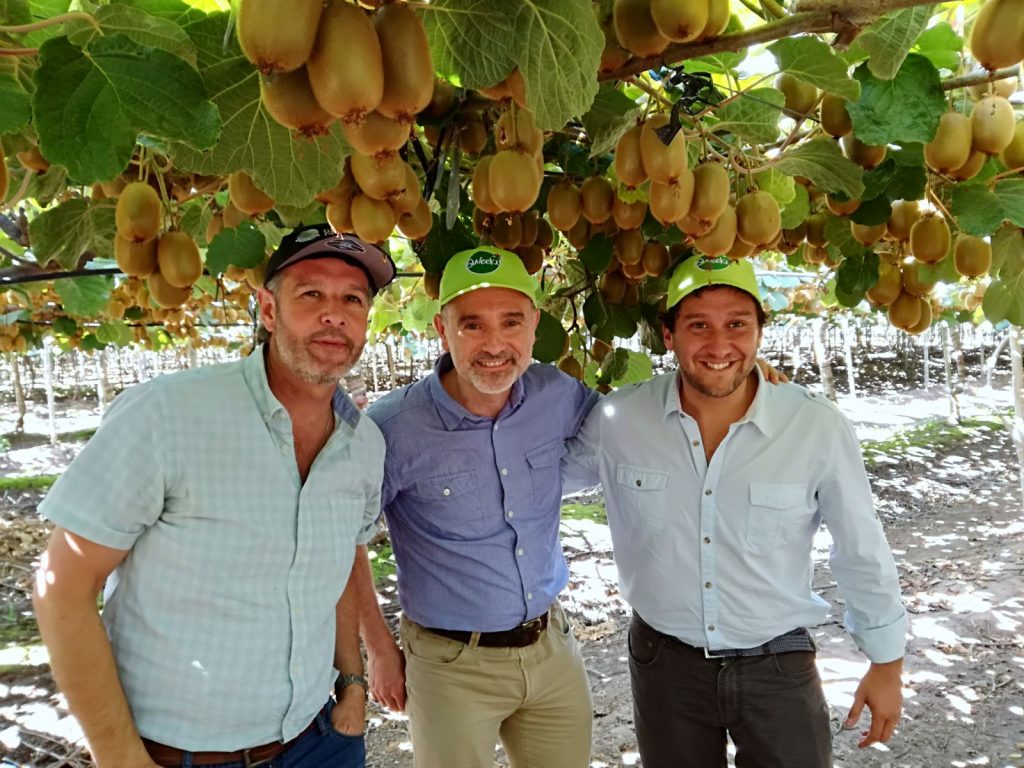 The general manager of Italy-based Origine Group, Alessandro Zampagna, has arrived in Chile for the start of the South American country's kiwifruit season.

The pear and kiwifruit-focused consortium of 10 produce companies is beginning its Southern Hemisphere campaign of Sweeki-branded fruit, which is shipped to numerous international markets, with a focus on Asia.

The first containers are being shipped by Chilean company Del Curto S.A. this week and are expected to reach the Far East in one month. Origine Group plans to sell at least 60 containers of Chilean kiwifruit this season, following on from Italian supplies.

The consortium said the quantity of Chilean kiwifruit this season looks similar to last year, but with bigger sizes and a slightly later harvest. The vast majority of the production in the country is made up of green varieties, mainly Hayward.

Origine Group was founded August 2015 from the strategic alliance between few leading companies in Italy and Europe.