According to a statement, sanctioned as an official GUINNESS WORLD RECORDS®, the display, constructed from more than 77,000 pounds of DEL MONTE® bananas, was set at Jewel-Osco in Westmont, IL, located at 4 East Ogden Avenue.

“It is an exciting day for Fresh Del Monte as we celebrate the popularity of our cornerstone produce offerings”, said Pablo Rivero, Vice President of Marketing, Fresh Del Monte, N.A..

“What better way to communicate the global popularity and nutritional value of bananas than with a world record-worthy display and local food bank donation.”

Following the record break, the bananas were given away to customers, with the remaining then donated to the Northern Illinois Food Bank, a member of Feeding America®, serving communities in 13 surrounding counties.

“We are committed to supporting local organizations such as Northern Illinois Food Bank”, Rivero assured. “We hope this donation not only benefits those facing food insecurity but encourages increased consumption of fresh fruits.”

Jewel-Osco’s Produce Sales Manager Scott Bennet described how the company was “thrilled to be Fresh Del Monte’s retail partner for the World’s Largest Fruit Display,” adding that “our produce departments stock more than 140,000 pounds of bananas a day. They are easily our top selling item.”

An official GUINNESS WORLD RECORDS® judge was on site to verify and confirm the new record. The record had been previously set using slightly over 17,000 pounds of citrus fruit in 2022. 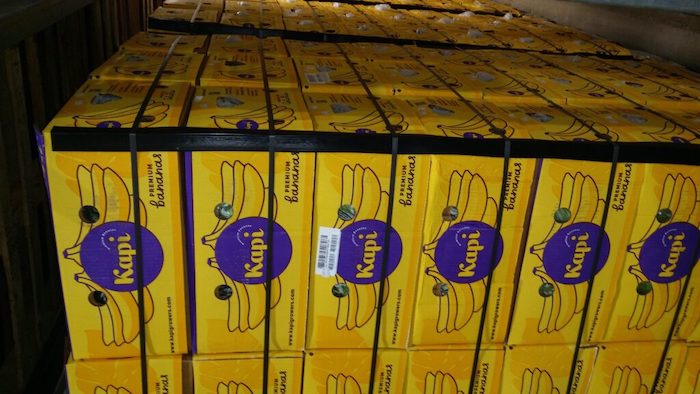