One of California's leading avocado companies is lifting its game to improve fruit condition in both developing and established markets, through the construction of four new ripening centers spanning three continents. 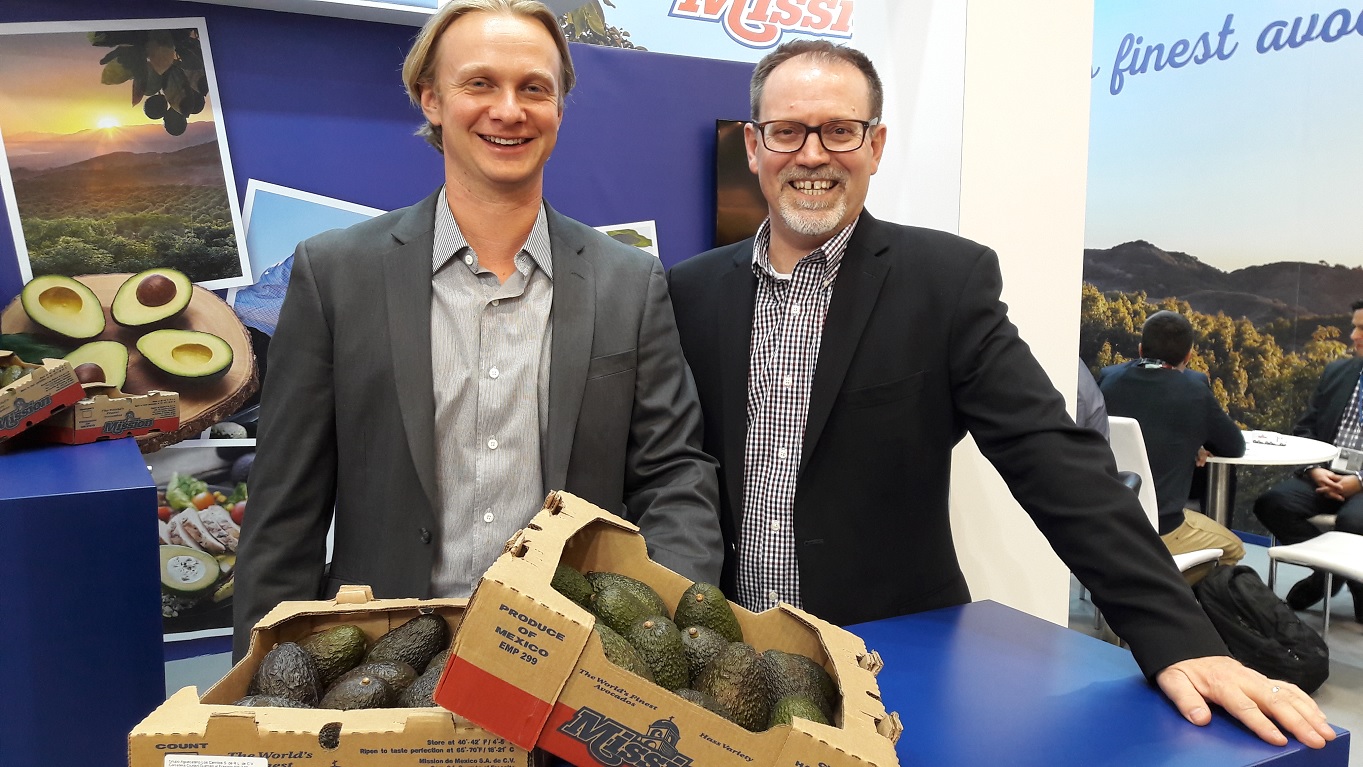 "We're going to start ripening fruit in addition to providing hard fruit, so that’s the next step for us...we're ready to go," Bertels said.

"Globally we’re building four ripe centers which will all come online within weeks of each other – here [in Europe], in Shanghai, in Calgary and we’re building new ripe rooms in Oxnard at our headquarters as well.

"For us we’re still going to be a direct importer and supplying hard fruit to some customers who want it that way, but this just gives us the opportunity to provide ripe fruit."

When asked about the new facility in China, Bertels said while some companies like Dole were using banana ripening facilities for avocados the result was not the same.

"For us I think the technology is a bit different where the airflow and the temperature regulation and the triggering of the fruit is more specifically tuned to avocados for us – that’s all the rooms are built for," the executive said.

"We feel we can control the fruit ripening better with those rooms than using a banana room for that.

"Our deal in China I think has a lot of potential because it’s such a high-growth market now," he said.

He added the market had however been volatile with so many exporters seeing its potential.

"So they send too much fruit, repress the market, and once it cleans up it comes back," he said.

"So it’s been very volatile, whereas we have a specific importer and the ripening is for a specific retailer [Pagoda] for us so it’s all very programmed in, and we're trying to be more measured in how we approach that market."

Bertels is still optimistic about prospects for the Mexican avocado deal, despite threats of a 20% tariff on Mexican products from the White House and the recent delay on allowing Jalisco-grown avocados into the U.S. market.

Like many involved in the Mexican industry, Bertels believes the recent hurdle for Jalisco avocados has to do with attempts to gain Mexican access for U.S. potatoes.

"It’s just a matter of sorting that out – sometimes it gets couched as a phytosanitary concern but it’s more a political, access to market issue," he said.

"I know the first ceremonial loads were packed and ready to cross but then it all was delayed again, so it’s all indefinite but I think it’ll happen sometime in the next few months where the fruit will be able to come into the United States.

He said the fruit at the Mission Produce stand in Berlin was from Jalisco, so the fruit from the state "generally has a home, it’s just a matter of finding the right market for it".

"We have two packing facilities in Michoacan but we also have co-packer relationships in Jalisco, so we’re ready to supply Jalisco fruit to the U.S. market when it finally opens.

"A lot of it comes to Europe to begin with, and we also export it to Canada and Japan."

And the executive is currently treating the proposed tariff matter as business-as-usual until it actually becomes regulation.

"We’ve had a lot of conversations about that and generally the word is ‘no comment’, but I just don’t see it happening.

"It’s political rhetoric – a tariff that gets placed on fruit from Mexico to the U.S., essentially the cost would be passed on to the American consumer, and I don’t think that’s the intention and I don’t see that happening because Mexico is such a supply source for all sorts of fruits and vegetables."

However, he said the market was still recovering from the impacts of strikes in Michoacan late last year.

"In October the prices went so high they really turned down the demand and it’s taken a long time to build that demand back up, and plus we haven’t had consistent supply in the same marketable volumes we had previous to October, so we’re just trying to build that up again," he said.

Market and supply volatility has led groups like Mission Produce to expand their horizons, but in the recent case of Mexican strikes, Bertels said South American supply was unable to compensate for the loss.

"Peru was out of season at the time when that happened. It should strengthen Chile’s position in the U.S. market during the winter – long-term it inserts Chile into the equation.

"Mexico will produce at minimum, export volume to the U.S. of 1.7 billion pounds so it’s tough to replace that, and still it commands 80% of the market in North America.

"Chile can’t switch off from Europe and go to America. There are commitments - there’s a long-term strategy Chile has for Europe in its supply," added Mission's director of business development in Chile, Todd Mauritz.

Regarding sales during the key Super Bowl period, Bertels said there wasn't as much volume out of Mexico as previously expected but the final data was not yet available.

"California was harvesting a little bit at the time, but we’ve been having much needed rains in southern California so there have been delays getting the fruit picked, and also early season fruit was being sent to export markets and not being kept in the States.

"So Mexico really was the main driver during the Super Bowl period. And they didn’t have as much volume this year as they initially thought."

Mauritz concluded it was an exciting time to be in the avocado industry - a category with markets in development in both Europe and Asia.

"And there's the development of new supplies - new areas like Colombia. There are a lot of new areas coming on-line that are going to help Mission be that true multi-origin supplier which is our goal, having two origins for each market at any different time of the year.

"It’s an area that’s now been put on the map as an avocado producer. They’re going to have the World Avocado Congress in a few years, and that makes them relevant."