'There will be problems if berry category doesn't change', says SanLucar exec - FreshFruitPortal.com

'There will be problems if berry category doesn't change', says SanLucar exec 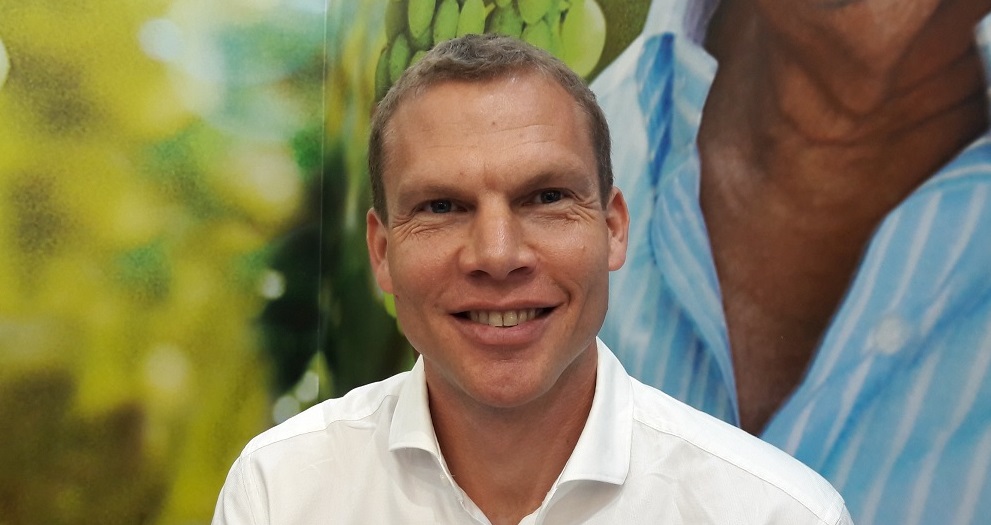 "I think now there’s a stage where everybody is getting a little bit nervous...it used to be easy to have growth in berries but now quality is changing. In the whole value chain you have to be a little bit ahead of anybody else to maintain your growth."

The above quote from SanLucar international business development director Holger Brandt applies to the whole category, but perhaps most of all to blueberries. 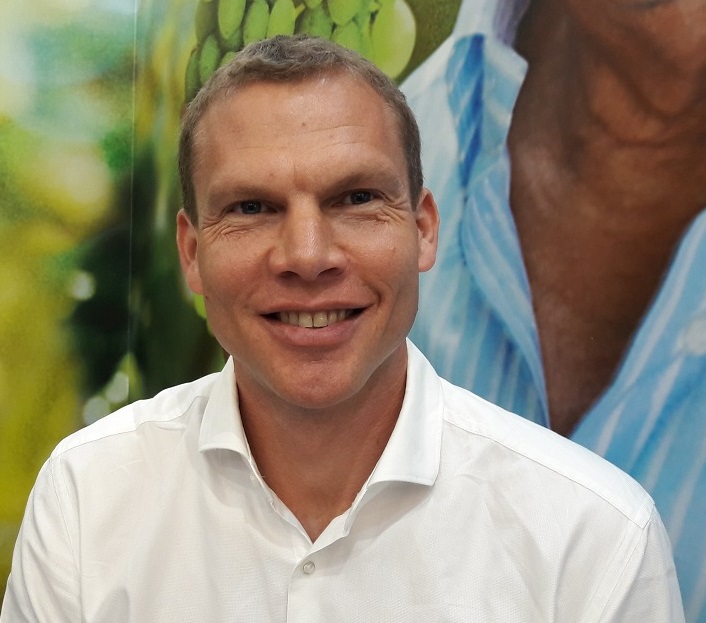 "It used to be a blueberry gold rush but now people are anxious because there are really a lot of hectares in the ground and maybe consumption can’t grow as fast as they planted," Brandt told Fresh Fruit Portal during industry trade fair Fruit Logistica in Berlin last week.

"Also if you take a look at consumption, in the U.S. they talk about 4kg (8.8lbs) per capita and they ask will it grow in Europe?

"It will definitely not increase if there are still old varieties in place, or with the [old] sorting and packing, or you sell at 125g (4.4oz) for quite an expensive price."

Brandt emphasized that if these practices continue, growers will be right to feel this way.

"There will be problems if they don’t change the berry category," says Brandt, whose Spanish-based company focuses on German-speaking markets, and has its own farms and grower partners all over the world.

He noted a "huge gap" between business-as-usual growers and those who invest in technology, new varieties and  well-trained pickers, and smaller operations.

"I’m also representing the German Blueberry Federation internationally, and the gap is getting bigger between the technological companies and the people who can’t afford it or don’t have the right drive, partners or vision to make this huge step," he said.

Brandt added there was a threat from all over the world of growers producing large volumes of less desirable varieties.

"It could be Peru, Germany, the U.S., Spain, it’s the same threat anywhere."

In blueberries, Brandt is looking ahead to 2017 after what was a fairly difficult season for sourcing good Southern Hemisphere supply.

"Chile stopped early and Argentina had a very difficult season," he said.

"In Peru they had some expectations but then they can’t meet the right flavor, or it's all new and they grew too fast.  It was a very tough season from the Southern Hemisphere – we struggled a lot to provide our customers during the right quality, which is something we also had to prove."

It is situations like this that underscore the need for diversification of supply sources, which is why SanLucar invests heavily in R&D around the world to improve or learn new production practices.

"We are trialing blueberries in Turkey, Tunisia, Italy and Germany. Everywhere we produce blueberries we have our trial test plots to always have the best varieties and technology there," he said.

And now big questions remain over what poor weather conditions in southern Europe will mean for the 2017 berry deal.

"In general it forces you to make the step also into technology because of course you want the impact to be as low as possible.

"But of course you never know – last year for example in strawberries we had the highest production in January ever. This year was a cold year so production was low in general.

"There’s nothing you can do against it. This year blueberries will be quite late, and last year we had really nice volumes during this time of year. These impacts you can’t avoid, that’s agriculture; the only thing you can do is with technology try to minimize risk and adapt."

Brandt added one of the most widespread developments in berries, particularly in blueberries, was the use of substrate production.

SanLucar is always on the lookout for breeding companies to collaborate on its test plots, not just in blueberries but across the wide range of crops.

We asked the executive about recent developments in the group's raspberry and strawberry cultivars.

"It's been a struggle these last years to get the right combination between flavor and production [in raspberries], for example in wintertime, but we really made huge improvements in our test fields.

"For example in Huelva [in Spain] we have two hectares of test fields where we try all the varieties, different prunings, flavors – we bring the technology and test it flavor-wise because our brand is a flavor brand. So we do weekly taste panels, in the stores together with our partners, in our office."

He said getting direct feedback from everyone in the value chain about flavor was "crucial" for the company.

"We made some interesting developments. We're very optimistic they’ll be huge step from our side for strawberries and raspberries - it will bring flavor and appearance to a new level.

But what does that mean exactly?

"For example in strawberries we have the ratio between brix and acidity - it's crucial. Then you have different climate conditions, but we know what we have now in the ground will always be better than what we’ve seen so far from other varieties.

"Let’s say you have certain conditions and there’s not much light, then brix will go down in strawberries.

"That's for every single strawberry. You will never change this, but at least with our varieties we have now ours are at least one or two points higher in brix than everyone else, and that gives us a continuous advantage and the same we think we’ve achieved now for raspberries."

Like many international managers in the fruit industry, Brandt has Mandarin characters on his business card and for good reason - he describes China as the highest priority for SanLucar from a new market perspective.

"The Chinese were coming to us. They have seen that our retailer contract is different, that we increased our business in a country where discounters like Aldi and Lidl are very strong, compared to the U.K. market," he said.

"Suddenly they took a look at the market and somehow they found SanLucar competing in this market with a premium brand, so that was quite an attraction.

"That’s how everything started, so now we showed our concept – we are in communication with different partners and retailers, so we are definitely interested in building up a retailer concept there, doing what we do in Germany and Austria in China."

He said SanLucar was sending containers of citrus, grapes and different products into China with different partners with the goal of gaining an understand of what consumers want.

"We have our team in Shanghai and we are also entering in Guangzhou in the south, so on both sides we’re entering into China and it looks good," he said.

"We're moving faster than we thought and we have a feeling the development will continue and it’s a high priority project for us."