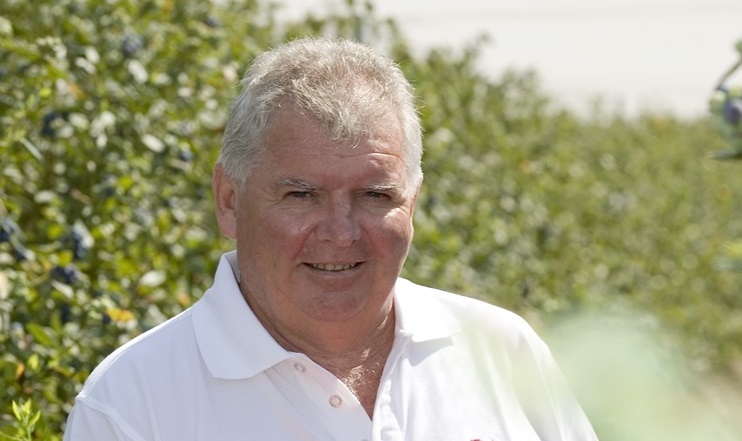 Now in its ninth year of production, a pioneering blueberry project in Morocco is in an ideal position in 2017 with one executive seeing a very strong crop and positive market conditions as well.

Peter McPherson, who is the berry category international general manager  at Costa Group - a 49% shareholder in the Moroccan company African Blue - spoke with Fresh Fruit Portal over the phone while visiting the project, which is also owned by Moroccan grower Avi Weizman and Ireland-based company Total Produce.

"This is by far the best crop I’ve seen both in terms of volume and quality," McPherson said.

"The weather conditions have been pretty good overall, although the cold in the last four to six weeks has slowed it down a little, but it’s still in very good shape and we’re very positive in our outlook for the season.

"The other big factor in this is it looks like the Chilean season looks like it’s going to finish up earlier than normal, and the weather conditions in the later producing regions in Chile have had to put up with have been very ordinary to say the least, so that presents opportunities for Morocco."

He added it was still unclear what the impacts on blueberries would be from inclement weather in Spain.

"I think the weather conditions in the next three or four weeks will determine that in terms of what happens in Spain. We’re hearing mixed reports about what that effect is likely to be," he said.

The big news for Costa Group, and also African Blue, is that the company is now launching its Australian-developed blueberry variety Arana globally.

"We’ve had it building up to commercialized phase over the last two or three years. We’ve showcased it at Fruit Logistica in China the last two years and it’s been a big success," McPherson said.

"My personal opinion is that it’s the best blueberry in the world, and we’re going to ramp up production of that berry - in the selection process, propagation, etcetera - in all parts of the world.

"So that's obviously in the Americas with Driscoll’s, in China in our own operations, and also here out of Morocco and in South Africa."

McPherson believed consumers would look forward to the attributes of the berry, which include a good size, crunch, flavor and shelf life.

"And when it's grown in the right areas it’s a very good yielder, so it’s another step forward in terms of meeting the consumer expectations.

"I think it’s got the best all round attributes – it ticks all the boxes. It’s a mid-season variety so it’s not early, it’s not late...and has got the length of season of some of our other genetics that Costa is well-known for."

African Blue president Avi Weizman said 40% of African Blue’s blueberry production went to the U.K. with Kirra as the main variety, but he highlighted the larger size and excellent bloom of the relatively new Arana cultivar.

"The difference is the timing and those (Arana) are a little bit bigger. Kirra is our main variety but all of them are very tasty and very crunchy,” Weizman said during industry trade fair Fruit Logistica in Berlin.

"We work on two special aspects; first of all in terms of quality, we concentrate of premium quality at all times. We don’t pack any fruit that is not edible or of extremely high quality.

"Another good test for quality is that we always have a good bloom on the fruit. These aspects are highly appreciated by consumers all over the world, particularly in the U.K."

African Blue and third party growers have more than 300 hectares of land under production with a development plan to reach 500 hectares by 2018.

"More and more growers are coming on board these days since the boom in blueberries the next five years or so will be very interesting for the category," Weizman said.