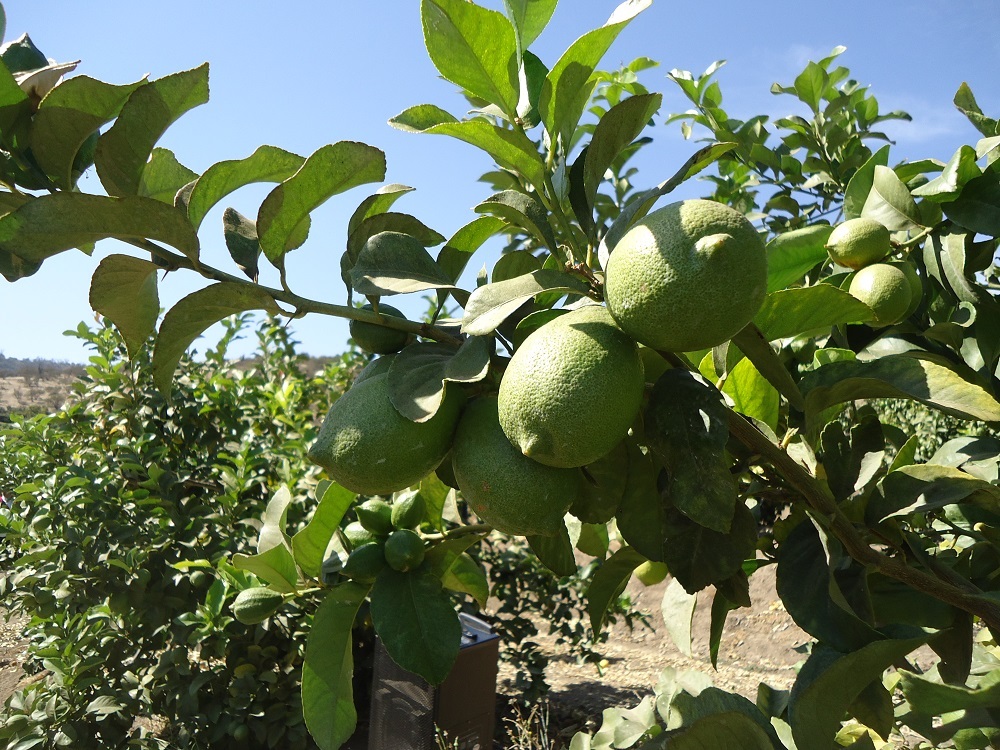 A natural mutation of the Eureka cultivar, the 'Benjamín Andes' bears fruit earlier and manages to avoid a risky window for potential frosts.

Since Chile's Agriculture and Livestock Service (SAG) declared it as a new variety in 2006, around 70,000 Benjamín Andes trees have been sold to growers domestically in the last two years alone, while it is also making productive headway in Peru, Australia, Spain, Turkey, northern Africa and South Africa.

To better understand the variety and what it might mean for the industry, Fresh Fruit Portal took part in a field day outside Santiago in Mallarauco, organized by Andes New Varieties Administration (A.N.A Chile) and the man who discovered the fruit, Benjamín García Huidobro.

"Several years ago I started to see notable differences between one lemon and the other within the same variety, Eureka," García Huidobro explained.

"I started to deal with spontaneous mutations and I discovered that there were four interesting ones which I marked with different colors. Finally, I evaluated them and then I did 50 plants with the three I liked most."

These three types of lemon were simply named A, B and C, and it was "A' that won in the end.

"Afterwards it was an adventure for me to plant five hectares which went on to becoming 30, until I sold the farm," said the grower.

"That's why there aren't so many older orchards of this variety," Valdivieso said.

Out of the fruit that is now in production, he said domestic sales were important but the lemons had also been exported successfully, mainly to the United States and Japan but also to Europe as an alternative market.

The first is in spring, generating fruit in approximately seven or eight months, to be harvested in the fall or winter period. The other flowering can be in summer, and the fruit is then harvested in the following summer.

"The peak winter harvest for Eureka Frost is achieved in June and July, and is mainly destined for export. The summer fruit goes to the internal market," Cornejo said.

"However, as Benjamin Andes has a faster fruit growth rate, it can be harvested one or two months earlier than Eureka (in May and June), so in the face of winter frosts its exports are not so heavily affected," Cornejo said.

He added the trees were precocious and start producing fruit sooner after planting than other lemon trees.

"Normally the peak of production is reached in the sixth year, but this variety can get it in the fifth year without problems," he said.

"Even in the second year of life this tree has commercial volume, a situation which a Eureka Frost can just get in the third year.

Cornejo emphasized the fruit was also more productive than Eureka Frost, as evidenced by the graph below (in Spanish).

He said the trees produced more fruits per tree and they were larger in size, leading to a total fruit weight some 20-25% higher than the Eureka Frost orchards. 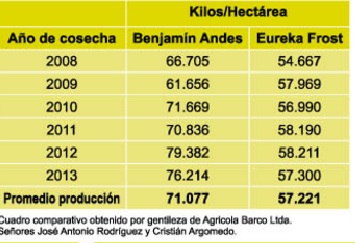