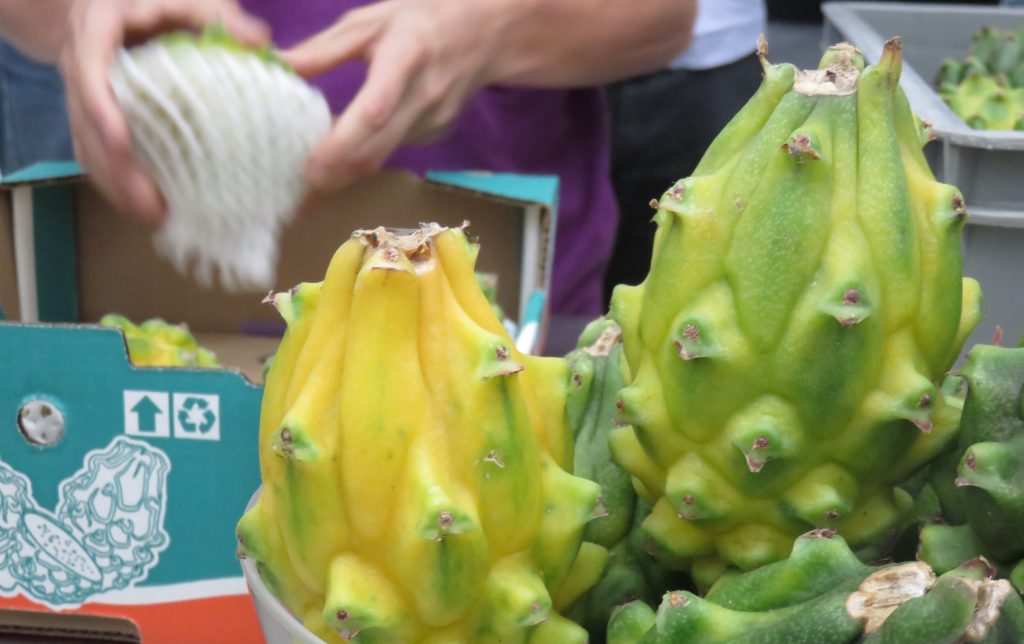 From Hawaii to Vietnam, Thailand to Mexico, Australia to India, growers around the world have benefited from irradiated protocols for the continental United States in order to ship certain tropical fruits in better condition. In South America however these arrangements are virtually absent, with growing regions mostly depending on pest-free statuses or alternative treatments like subjecting the fruit to cold temperatures, hot vapor or methyl bromide.

Export growth from across the continent shows existing protocols are working well, but it always helps to have options.

"There has been progress in conversations about the issue of the possibility of irradiation between Colombia and the United States as a mitigation measure," says Juan Camilo Barrera, food, beverage and floral director at trade promotion agency ProColombia USA.

"This would obviously open the doors to an additional alternative...for example in papayas which are difficult for us to send to the United States; they currently have to be immersed in hot water.

"The same would occur for example with dragonfruit which needs hot vapor treatment."

Barrera believes the approval of an irradiation protocol would be a useful add-on for an already growing basket of Colombian horticultural goods for the U.S. market.

Bananas and plantains are currently by far the leading fruit export category from Colombia to the U.S. with a value of US$179.6 million last year, and volumes are expected to continue growing in recovery from weather issues in 2014.

But it is perhaps Colombia's non-banana fruit export portfolio that has attracted the most attention in recent years, with U.S.-bound exports rising from US$2.5 million in 2011 to US$5.9 million last year, with goldenberries, pineapples, limes and yams among the leading success stories.

He adds fresh vegetable exports to the U.S. have also jumped in that time, increasing from US$6 million to US$12.5 million with the bulk of volume coming from aromatic herbs such as basil, thyme, oregano and bay leaves; an industry that has largely "piggybacked" off the floral industry.

These figures however only represent a small fraction of Colombia's growth in fruit and vegetable production, with Europe cementing itself as the top export market outside the banana trade.

"They mature in Europe and then they come and work on the U.S. market," Barrera says, adding this has mostly been the case as for the most part plant health protocols in Europe tend to be more viable.

Two of the crops where this potential is most visible are in Hass avocados and the passiflora fruits (purple passionfruit, maracuyá passionfruit and granadilla), which both saw substantial jumps in export values worldwide last year - avocados exports rose 239% to reach US$35 million while passionfruit shipments were up 15% at US$29 million.

Neither of these fruits are yet able to be exported to the U.S. from Colombia, however Barrera is hopeful the country will give final approval for avocado market access this year.

"This depends obviously on the process from the new government of the United States, which is on hold a bit but that's normal with any administration," he says.

"Other products on the list, but not in any particular order, include watermelons, tomatoes, peppers and the passiflora fruits.

"It's not just about gaining access but increasing our participation; there are some products where Europe is the best market because of aspects like price and post-harvest treatment, but there are other ones that are under revision for strengthening like cassava in the United States."