Ambrosia apple patent will still be valid outside North America

While the Ambrosia apple variety is soon to have its 20-year patent expire in the U.S., the cultivar's manager Summerland Varieties Corp. has emphasized it will still be protected for many years outside of North America. 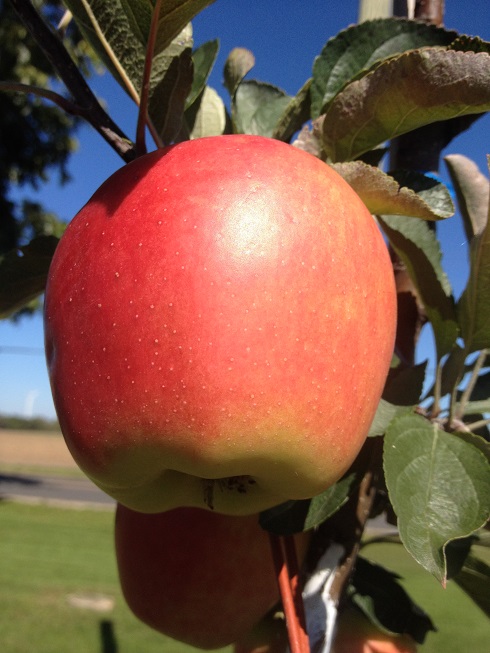 U.S. Pacific Northwest-focused publication Good Fruit Grower Magazine alerted the sector that the U.S. patent will expire this month with all licensed nurseries allowed to produce budwood for planting or grafting by growers in the spring of 2019.

After this publication however, globally-focused, Netherlands-based news aggregator Freshplaza ran a headline yesterday claiming the variety would be open for "all growers", which is untrue.

"The U.S. was the last North American country for it to expire so it is open here (Canada was first)."

Ibuki said all plant material sold until now had been covered by non-propagation agreements which will extend beyond the life of the plant breeder's rights (PBR) and patent plant protection, so plant material will still only be available from licensed nurseries.

Ibuki said as plant protection had just expired in Canada recently for Ambrosia, the full brunt of that effect was yet to be felt.

"Plantings have increased significantly over the last few years so prices could potentially already be on the decline before the first U.S. trees are ever planted, (as is the nature of supply and demand)," he said.

"The very short harvest window and the challenges getting colour even up in some Canadian sites will make this a challenging variety that U.S. growers will need to consider carefully before investing in.

"One of the biggest challenges with the plant protection ending in North America will be that growers will be tempted to plant more of the variety than should be planted and fruit quality will suffer which will hurt the bottom line for the variety itself."

The view from Chile

Echeñique said the U.S. patent expiration could be a good opportunity for the variety to become more well known and available in the mix of varieties in Northern Hemisphere supermarkets.

"Our reading at del Curto is that this will help it be positioned as a more consolidated and permanent variety on shelves," he said.

He said the apple's top attribute was its flavor, which meant it continued to have a good place in Chile and the Southern Hemisphere for counter-seasonal supply to the large northern markets.

"We don't want to depend just on the North American market, and for that we are making significant efforts to introduce it in other markets like Asia where we have been positioning it for three years," he said, referring mainly to Taiwan and Mainland China, which will receive 30-40% of this year's Ambrosia crop at David del Curto.

If you are a producer of Ambrosia apples outside of North America, be sure to contact our team at news@freshfruitportal.com to let us know how the cultivar is working out for you and how long patents will be valid in your country.

And to our U.S. grower readers, what will expiration of the Ambrosia patent mean for you?