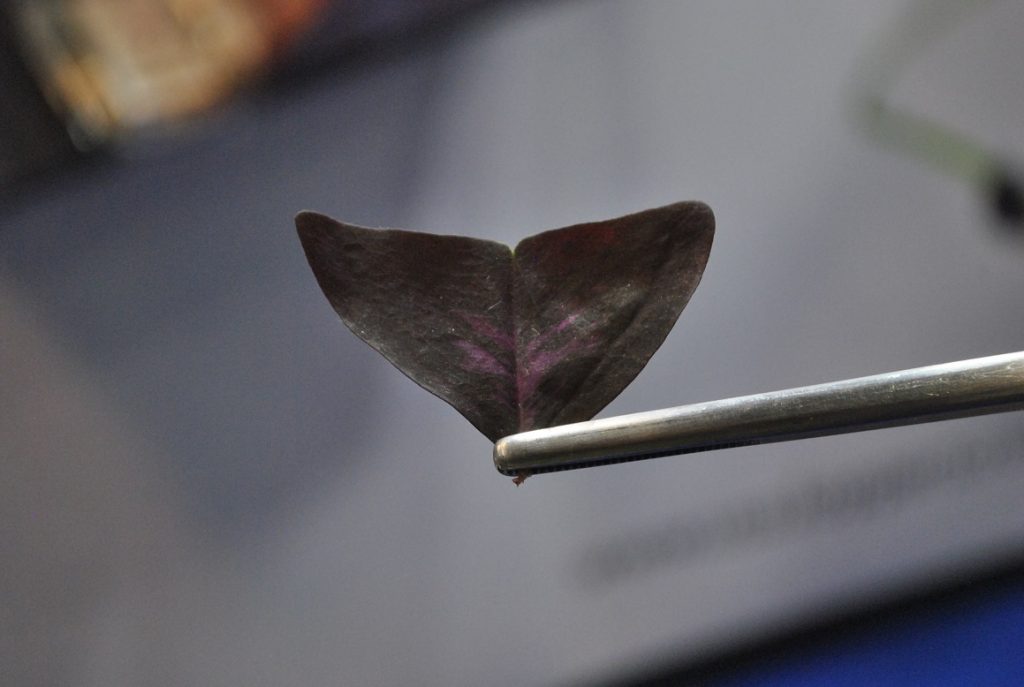 Netherlands-headquartered Koppert Cress got the taste buds tingling at last week's New York Produce Show and Conference, offering up a wide selection of microgreens with some intriguing flavors. 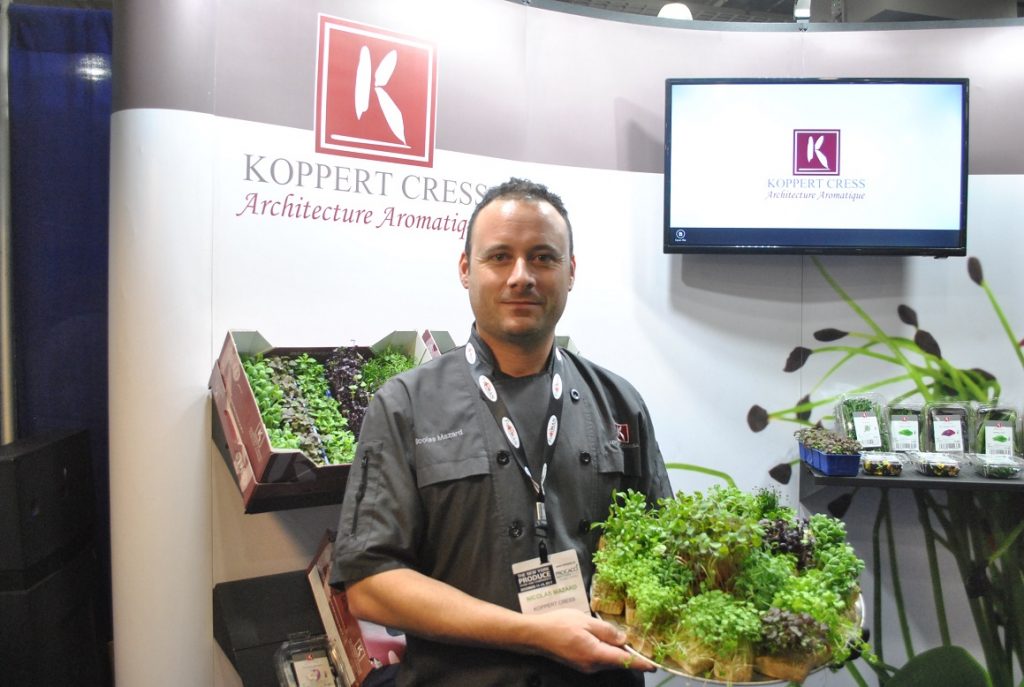 "Very simply, we are a mix between Willy Wonka and Indiana Jones," Nicolas Mazard, general manager of the U.S. division, tells Fresh Fruit Portal at the company's booth.

The company was founded 20 years ago and has focused on obtaining heirloom varieties of herbs from all over the world. It now has a collection of dozens of them, many with flavors that will surprise the unsuspecting consumer.

Popcorn Shoots which look like mini, bright yellow blades of wheat taste just like a sweet corn on the cob, while heart-shaped Syrha Leaves provide the unmistakable tangy and crisp flavor of a Granny Smith apple.

Tahoon Cress which comes from Tibet has a nutty and long-lasting taste that seems to evolve from mushroom to garlic to onion.

There are also Yka Leaves, informally known as 'butterfly leaves' due to their uncanny likeness to the insect, and Tangerine Cress, which leaves a taste in the mouth almost indistinguishable from that of the citrus fruit itself.

There is even one that originates in Japan that according to Mazard contains more calcium than a glass of milk.

"We collect all those rare varieties of seed and we have contracted growers that grow them just for us," he said.

"The varieties that you find on the market now have been cross-bred for yield, because the yield makes for a good price, not flavor."

When the company started doing business a couple of decades ago its customer base was made up almost entirely of high-end Michelin-star restaurants, but Mazard explained that since then the culinary scene has matured and now demand comes from a much larger array of people. 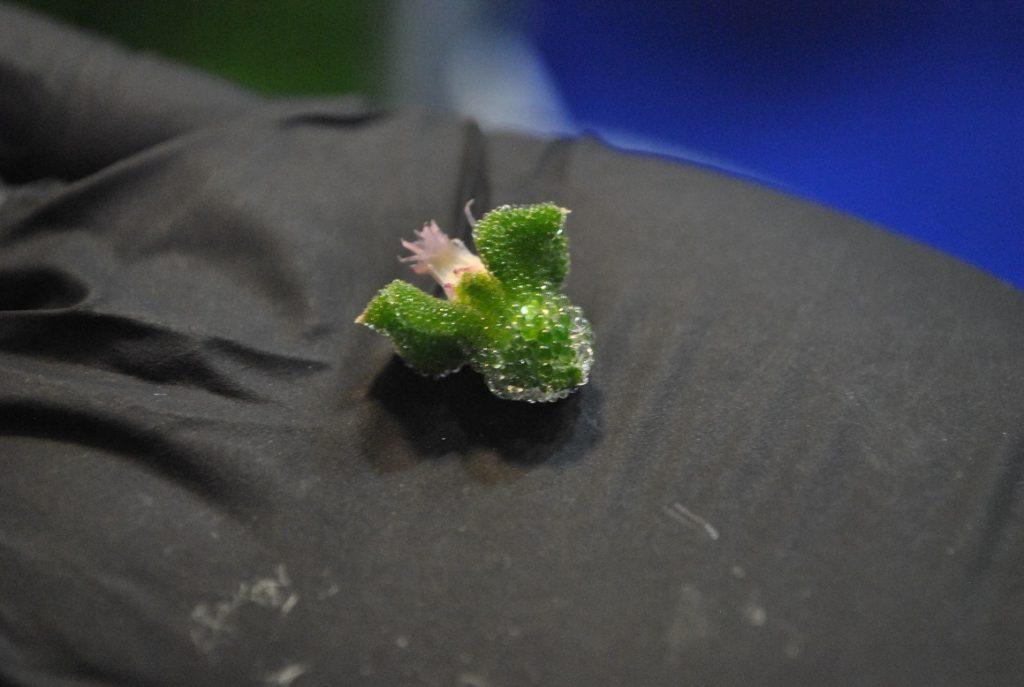 "These are varieties of herbs that have existed for a long time," he said.

"This one," he said, holding up a delicate heart-shaped piece of cress, "is called Atsina - which is named after a Native American tribe. The tribe would use it as a sweetener for their drinks. It has a taste like anise that is slightly sweet as well."

Mazard explained that for most herbs that are commonly consumed nowadays, there is a far greater varietal selection in existence than what can be found in most countries' supermarkets.

"Take basil, for example. You have maybe five varieties, including lemon basil, Thai and Italian, but there are more than 400 varieties in the world," he said.

"There are many more varieties of aromatic herbs than what we know, ones that were used maybe in England or France 500 years ago."

He said that a key reason why they were no longer available in most places was due to logistics.

"If you travel to a South American produce market you will see fruit that you've never seen before and you might think 'how come? this is a fantastic fruit'. Well, you've never heard about it because it doesn't travel well," he said. 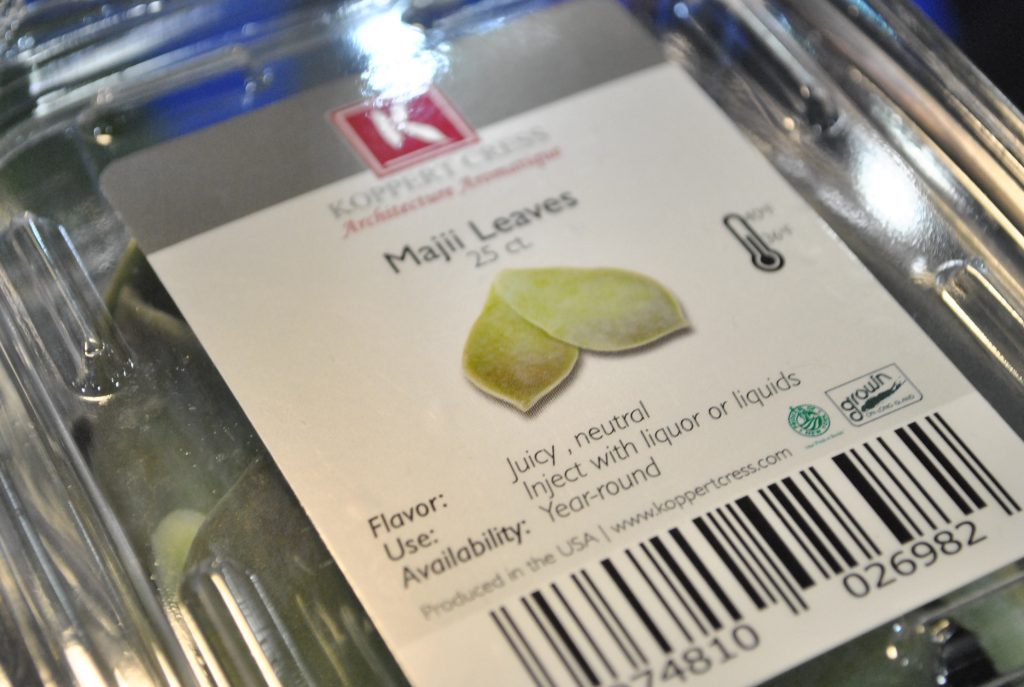 "Logistics have been the unnatural selection process of these fruits not becoming popular. That's why tomatoes and bananas are so popular, you can ship them green, they withstand the cold and they can handle the logistics.

"This deselection process has been taking place for hundreds of years, because it was taking too long to carry by horse from New York to Boston, for example, but now we can look back at those varieties and say 'you know what, with FedEx or UPS I can ship today and it will be there tomorrow'. The limitations are not the same and we can reconsider the entire selection that we had."

Koppert Cress USA produces its microgreens in two greenhouses in Long Island, from where they are sent to distributors all along the East Coast and as far west as Texas and Colorado.

Nowadays the company is going from strength to strength, experiencing around 13-14% growth on an annual basis as demand for new and exciting produce items shows no signs of slowing down.