Cold weather for two-thirds of Mexico, sharp contrast for Michoacán 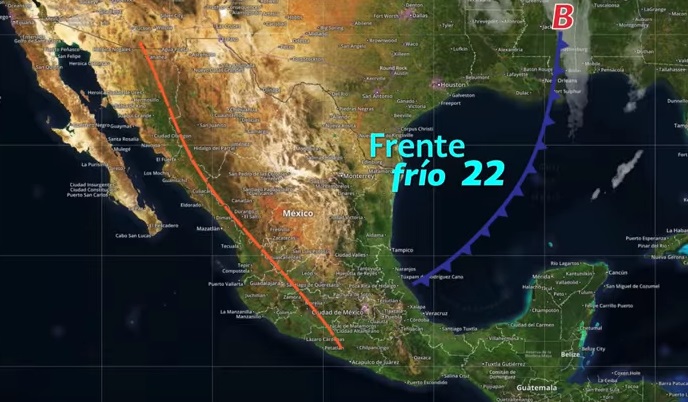 Cold Front 22 continues to affect large swathes of the country with temperatures below -5°C (23°F) in six states and roaring winds above 90km/hr (55mi/hr) lashing the Tehuantepec Isthmus and Gulf.

SMN has forecast temperatures below -5°C (23°F) in higher areas in Sonora, Chihuahua, Coahuila, Nuevo León, Durango and Zacatecas, but in contrast temperatures could hit highs of between 40-45°C (104-113°F) in parts of Michoacán, a major producer of avocados and berries.

Northern winds above 90km/hr (55mi/hr) and waves of between 1-2 meters (3.2-6.6 feet) are expected for the Tehuantepec Isthmus and Gulf, which covers Veracruz and Oaxaca.

Heavy storms are forecast for Veracruz, Oaxaca, Chiapas and Tabasco, along with rains with shower intervals in Puebla and Campeche, and scattered rains in Tamaulipas, Michoacán, Guerrero, Yucatán and Quintana Roo

The Baja California Peninsula is set to have fairly clear skies during the day but with northern and northeasterly winds of above 50km/hr (31mi/hr) with the possibility of dust storms.