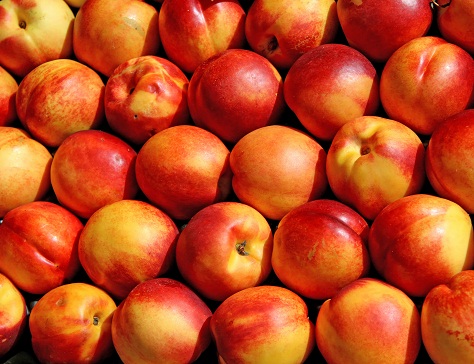 A relatively empty European market provided some positives at the start of the 2017-18 season for the South African stonefruit industry, which has been greatly challenged by severe drought conditions.

Hortgro trade and markets manager Jacques du Preez told Fresh Fruit Portal that in general the campaign had been about 7 to 10 days later than normal, which, combined with lower volumes and an early finish to the EU season, had led to a "good response" from the market.

"It's been a good season in general so far considering all the challenges we are facing, with good eating quality and sugar levels, smaller fruit sizes resulting from the drought and climatic conditions, and a later crop," he said.

Du Preez also mentioned there had been a few weeks' worth of delays and port congestion toward the start of the season related to adverse weather.

Projections at the end of week 1 were for apricot volumes to end the season down 8% year-on-year at 714,000 cartons and nectarine volumes to increase 1% to 4.2 million cartons.

Meanwhile, the total peach estimate is expected to decrease by 6% to 2 million boxes, while plum exports are set to drop 12% to 10.9 million cartons.

Du Preez said the apricot campaign was almost over and the numbers had been slightly better than anticipated at the start of the season.

The market in continental Europe by the end of week 2 had received 39% less fruit than last year, which the representative partly attributed to declining interest from the German market - traditionally an important destination for South African apricots.

"This year we did a trial in ripening the fruit in Rotterdam for the Germany market, which went very well. So next year that might ignite exports. The previous year we did a small-scale trial and this year was a full container," he said.

While exports to all major destinations for apricots have dropped so far this season, shipments to the Middle East have bucked the trend and are currently 4% up year-on-year.

In plums, Du Preez said the start to the season was positive but this stage was looking a little more challenging, although early season volumes were down by 10% due to various issues including wind and hail damage. Mid to late-season volumes are expected to fall 13%.

With only late-season peach cultivars still to be harvested - representing around 20% of shipments - Du Preez said the market for South African fruit had remained under pressure this season.

He explained this was largely because the country still produced very small volumes of the flat peach varieties, which are becoming increasingly favored by European consumers.

Peach exports are currently 11% down year-on-year, but while shipments to continental Europe and the Middle East are down by a higher percentage (-14% and -39% respectively), the U.K. market has increased by 5%.

Nectarines, the only category forecast to see greater exports than the 2016-17 season, are about two-thirds complete. Continental Europe has seen an 18% increase, while the U.K. has remained flat and the Middle East has dropped 9%.

In an effort to provide more transparency to the market and foster stability, Du Preez also noted Hortgro was aiming to release crop updates every two weeks in addition to the weekly export information.