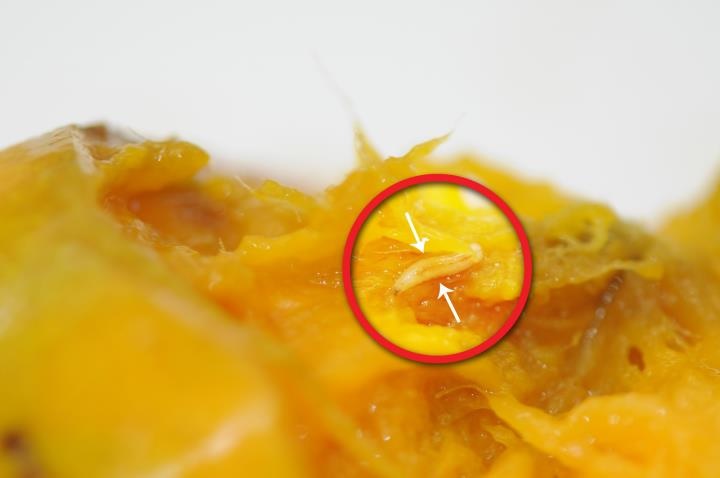 Biosecurity Tasmania is investigating two suspected cases of fruit fly larvae, with control zones established around Spreyton in the state's northwest and on Flinders Island in the Bass Strait.

The suspected larvae were found in backyard apricot trees.

In an alert, the biosecurity authority highlighted Tasmania was currently free of Queensland fruit fly, giving it access to premium markets like Japan, South Korea, the United States and China.

"It is estimated our fruit fly free status adds tens of millions of dollars a year to the export income earned by Tasmania’s horticultural industries," the authority said.

The Australian Broadcasting Corporation (ABC) reports the Spreyton area is a major growing zone for apples and cherries.

"At this point it is purely a larvae detection and I think that's very important to remember that point," Hansen told the broadcaster.

"Fruit fly larvae are distinctly different from fruit fly ... if they are detecting the larvae and interrupting the potential life cycle of that fruit fly then there is no way for that fruit fly to breed," he was quoted as saying.