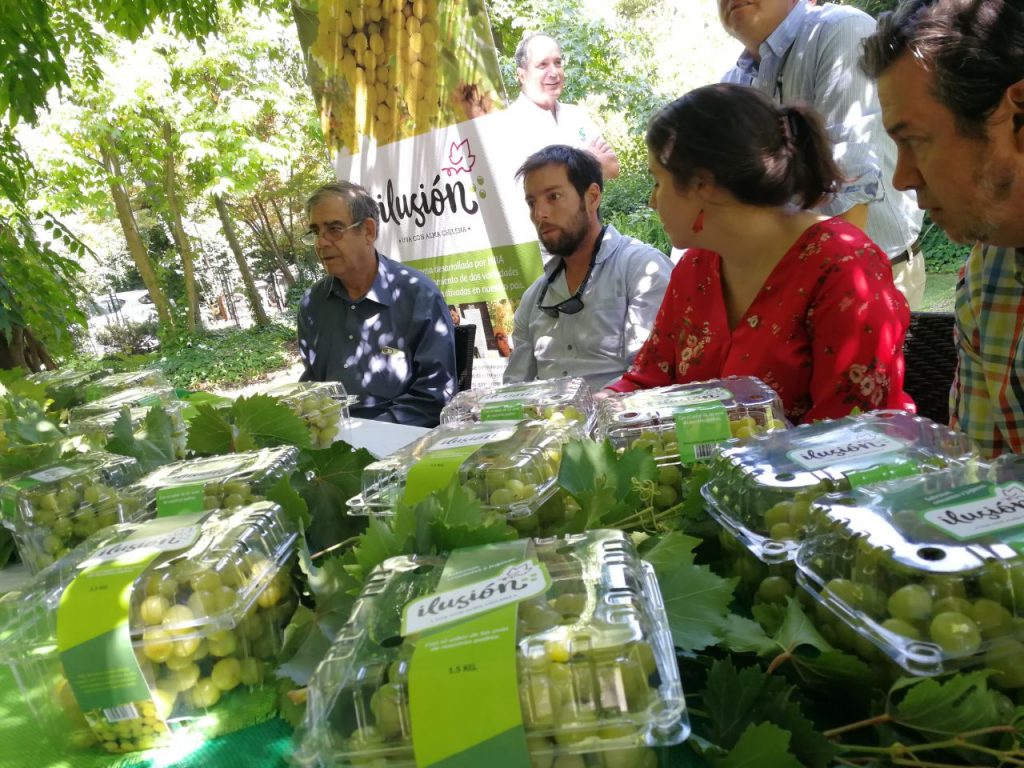 A Chilean table grape variety created from a cross between traditional parents Flame and Perlette could one day hit domestic retailers' shelves, following a positive response from a recent industry tasting panel.

Ilusión has been bred and developed by the Institute for Agricultural Research (INIA), with the initial cross having taken place in 1988.

According to INIA - which also bred Iniagrape-one - the variety has a low percentage of seeds, a green-yellow color, a crunchy texture and a balanced taste with tones of muscatel.

It also has round berries that measure between 18-20mm.

A tasting session was recently held in the School of the Senses by sommelier Pascual Ibáñez to assess the level of demand from the industry.

Ilusión grapes were tasted along with other table grape varieties available in supermarkets. According to INIA, it received a "great reception", with some panelists saying the taste reminded them of autumn grapes that were grown their backyard when they were children.

INIA's breeding program chief, Paola Barba, says the variety's short shelf life meant it was not apt for export, but believed there would be interest from Chilean consumers.

"We believe that this could be an interesting grape for retail and wholesale markets, which can offer a variety with a Chilean taste for the New Year celebration," she says.

Cencosud produce buyer Francisco Pimentel says he related with the story behind the product.

"The grape is very good, it has a pleasant taste and is very sweet. Almost the entire population can identify with its story," he said.

Meanwhile, Ibáñez says that while Ilusión may not look like "a perfect grape", it is indeed "authentic".

Now INIA has confirmed there is interest from the industry, the next step is to assess the best growing practices and estimate the economic benefits to farmers. It is expected growers in the north stand to benefit most, given that it is an early variety and can be harvested in mid-December.