Fruit in Charts: How Chilean protests could affect fruit exports 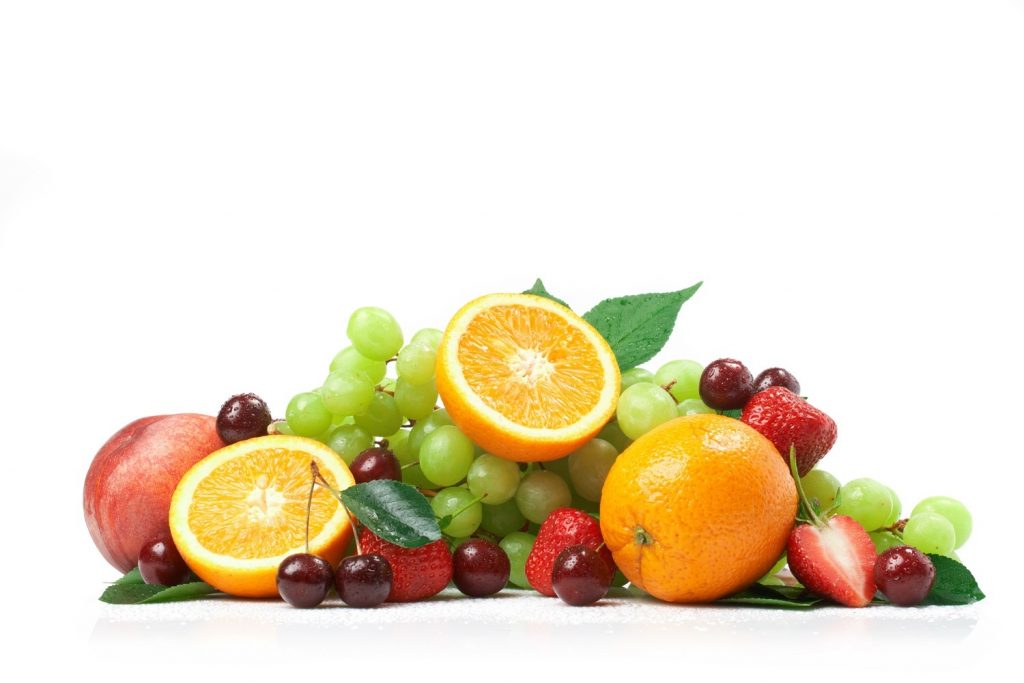 The protests in Chile are a harrowing event. It is astounding how a since-withdrawn US$0.04 increase in metro prices has caused a million people to take to the streets in Santiago and for the president to ask for the resignation of his entire cabinet.

The cause and effect of these events may leave many scratching their heads, but observers of the South American country claim what we are seeing is a host of frustrations that have long plagued the country finally bubble to the surface, most notably income inequality.

I lived in Chile for six years and it is a country that is near and dear to my heart. It is where I got my start in the industry and where much of the Agronometrics team is based. Chile is an amazing country, full of incredibly friendly people and breathtaking landscapes ranging from the driest deserts in the world in the far north through nearly every type of ecosystem imaginable to the glaciers of Patagonia at the far south.

To U.S. readers, a journey through Chile is the equivalent of traveling from Baja California to northernmost Alaska. Chile is also one of the richest countries in South America, where corruption levels are low and generally speaking people trust the police. A reflection of the country's prosperity is its acceptance into the OECD as well as being one of the only countries in Latin America that has been granted visa-free entry to the U.S.

The flip side is this equation is the income disparity that the country suffers. While I was there I was surprised to learn that many executives of larger companies earned more in Chile, a country of only 18 million residents, than their counterparts would have earned in the U.S - all the while the minimum wage paid to laborers in the country is only $380 per month. U.S. minimum wage workers complain earning $7.25 per hour - for perspective, this comes out to about $1,254 a month, more than three times what Chileans are earning. I’m not suggesting that raising the minimum wage will fix all of Chile’s problems - a measure that has already been suggested - but this example simply demonstrates that there is room for improvement.

Important to the U.S. fruit industry is the role that Chile plays in the U.S. markets. Among the 20 commodities we monitor, Chile was the third-largest importer of fresh produce to the US.

The volume that this relatively small Latin American origin moves is astounding. As we head into the southern hemisphere summer months and the Chilean season gets underway, it may have some people in the industry unnerved. So I wanted to visualize the season to hopefully offer a bit of context to what is happening in the season right now and where things may be headed.

Firstly, let’s set the stage. Looking at the last 12 months gives us an idea of what commodities the country exports and what categories may be affected.

Imports of Chilean Fruit to the US by Commodity 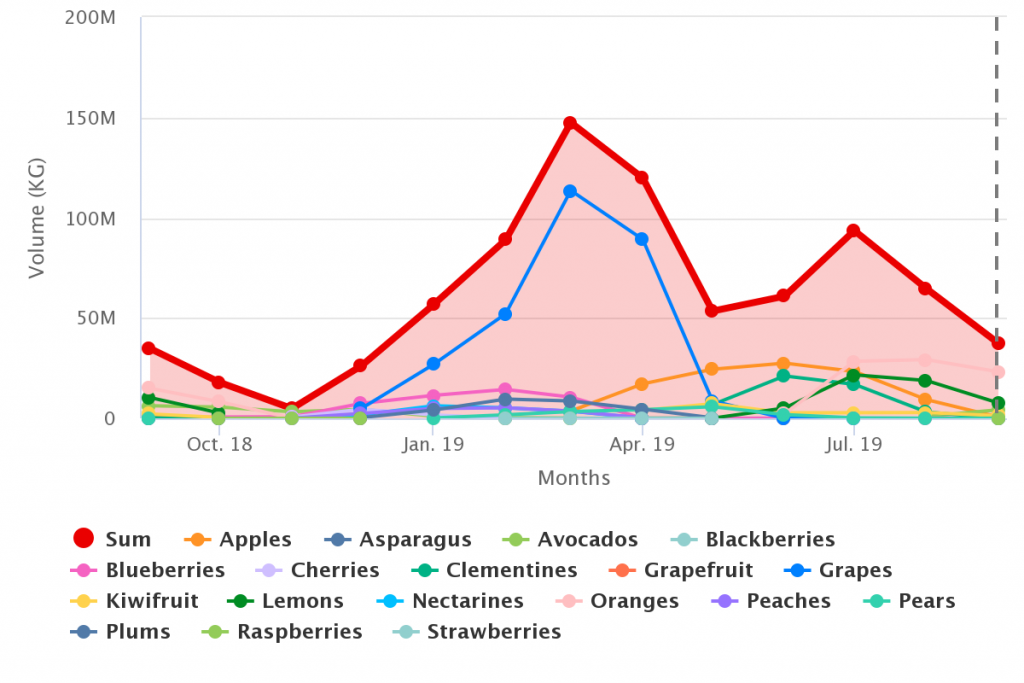 Comparing the last four years can give us an even clearer picture of what is to come.

From a commercial point of view, the protests and the potential for disruption couldn’t come a better time. October and November are the slowest months for fruit exports offering a window of opportunity for the politicians to resolve the issues as best they can while causing the least amount of damage to the industry.

Historic Imports of Chilean Fruit to the US 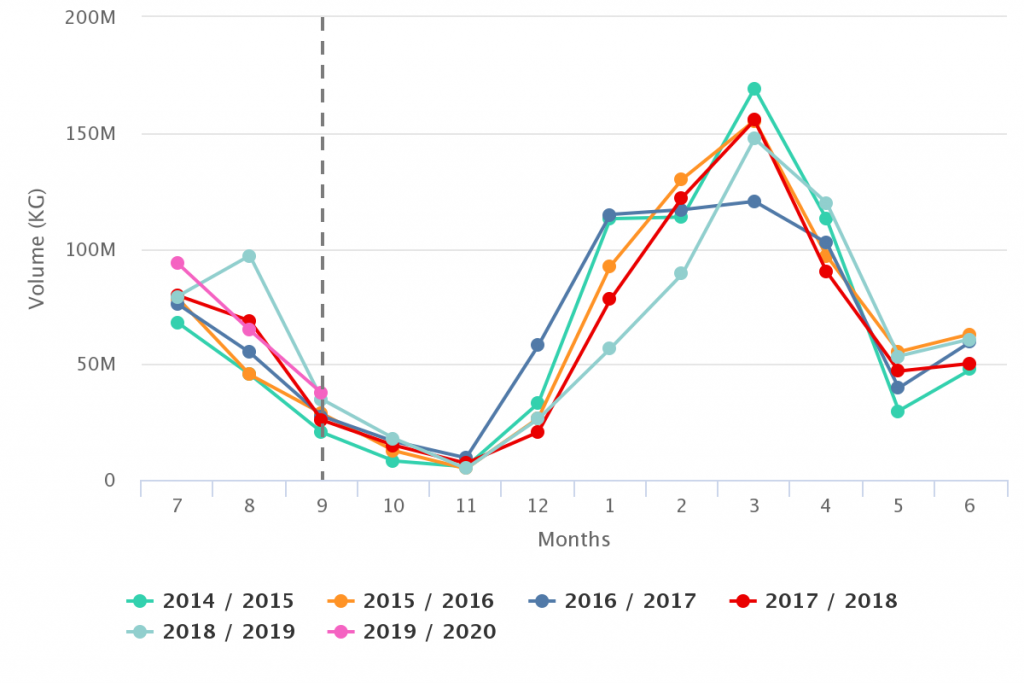 If, however, these problems - generations and arguably centuries in the making - aren't resolved quickly and extend themselves into the new year, strikes by port workers, pickers, or any other critical point of the supply chain could be disastrous for the industry and the economy of the country as millions of kilograms could simply go to waste without the ability to be processed and shipped to their expectant markets.

This is not to say that there are not issues associated with lack of labor, or other shortages prior to harvest which could have repercussions later in the season. However, I think that will require much deeper analysis for each commodity, which is beyond the scope of this article.