In this installment of the ‘In Charts' series, Cristian Crespo of Agronometrics illustrates how the U.S. market is evolving. Each week the series looks at a different horticultural commodity, focusing on a specific origin or topic visualizing the market factors that are driving change.

Welcome to the first 'In Charts' edition of the year. Here we would like to highlight how volumes of Chilean avocados, blueberries and cherries behaved in the U.S. market in the final weeks of 2019.

There was a sharp decline in the supply of Chilean avocados in the U.S. relative to previous years. Even by week 47, shipments were much lower than the five prior seasons, with only 13,608 kilos recorded entering that week.

The situation came amid a lower crop in Chile due to the effects of the ongoing drought in production regions.

Historical volumes of Chilean avocados in the U.S. market 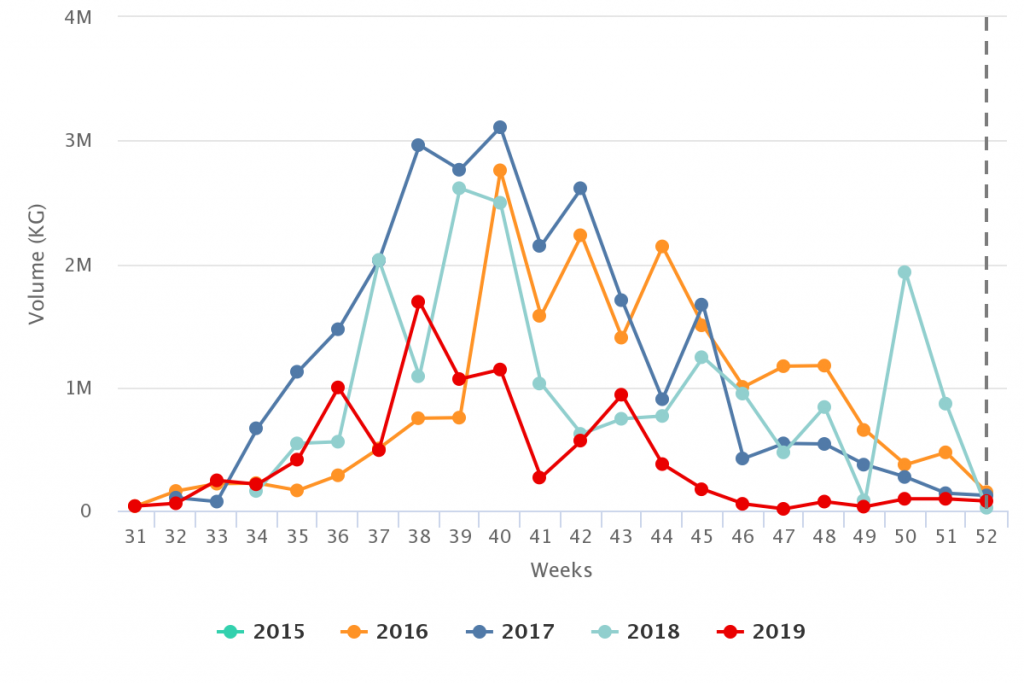 As for blueberry volumes, these were also much lower in the last couple of months of the year. Although unlike avocados, these months mark the beginning of the blueberry season.

In December, volumes arriving at U.S. ports were registered at 2.4m kilos - which is 68% lower year-on-year.

However, it should be noted that total accumulated blueberry shipments to all markets were generally on par with or slightly higher than 2018, meaning that exporters have been focusing more on alternative markets from the U.S.

Historical volumes of Chilean blueberries in the U.S. market 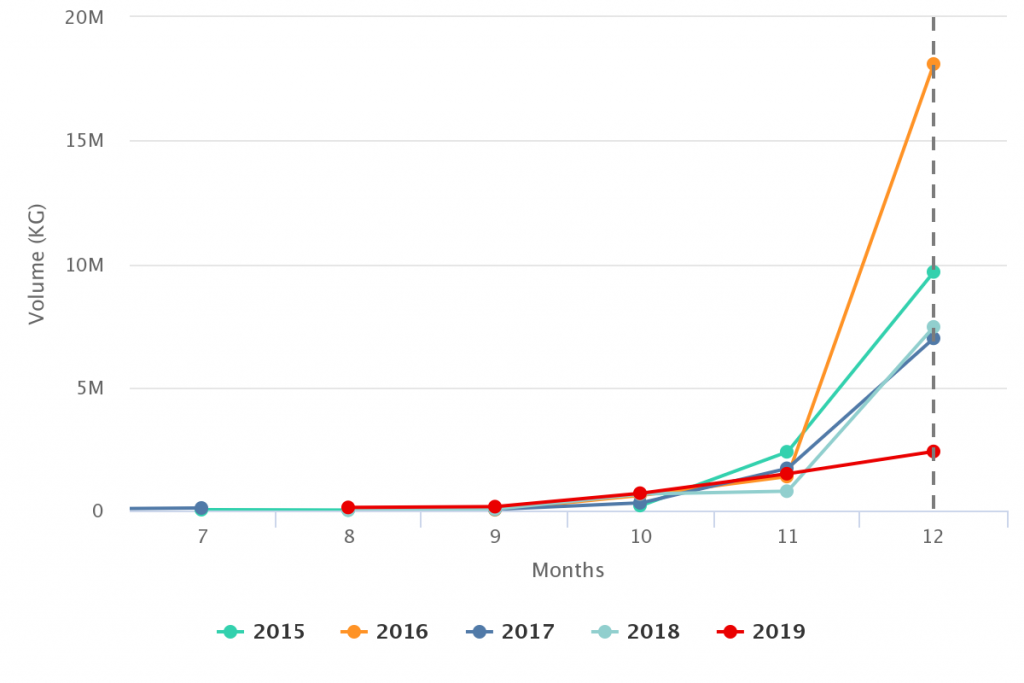 Now let's look at cherries - another of Chile's key fruit export. Volumes in the U.S. market were generally lower than 2018 in the final few weeks of the year. In week 49, for example, just 49,896 kilos were registered, which is 85% lower year-on-year.

However, supplies in the last couple of weeks increased significantly, bringing them in line with the 2016 and 2017 seasons.

Historical volumes of Chilean cherries in the U.S. market 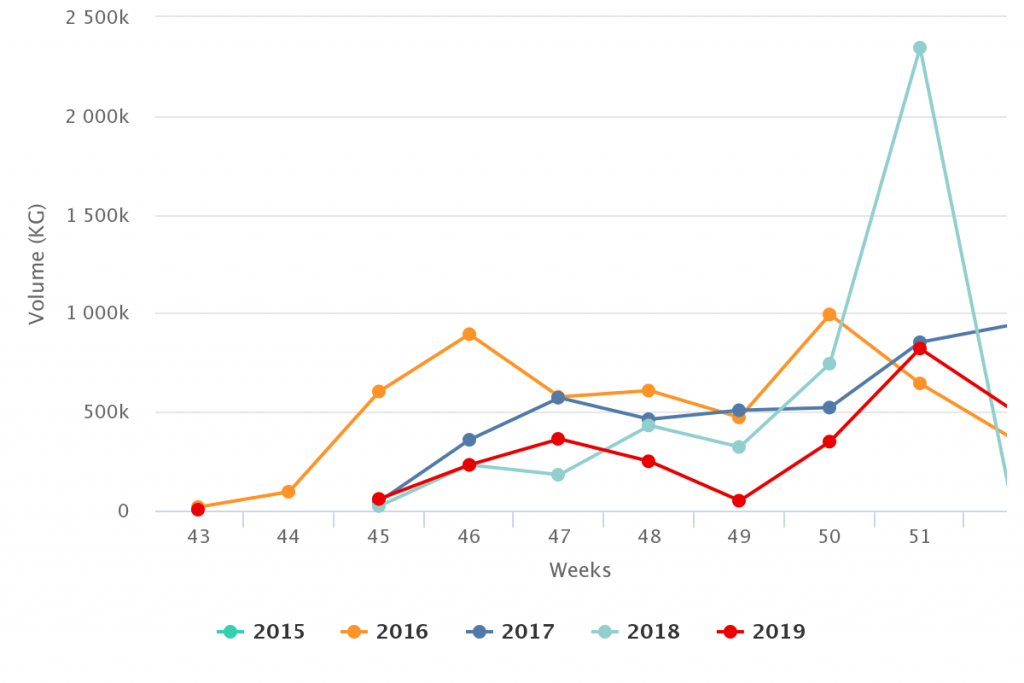