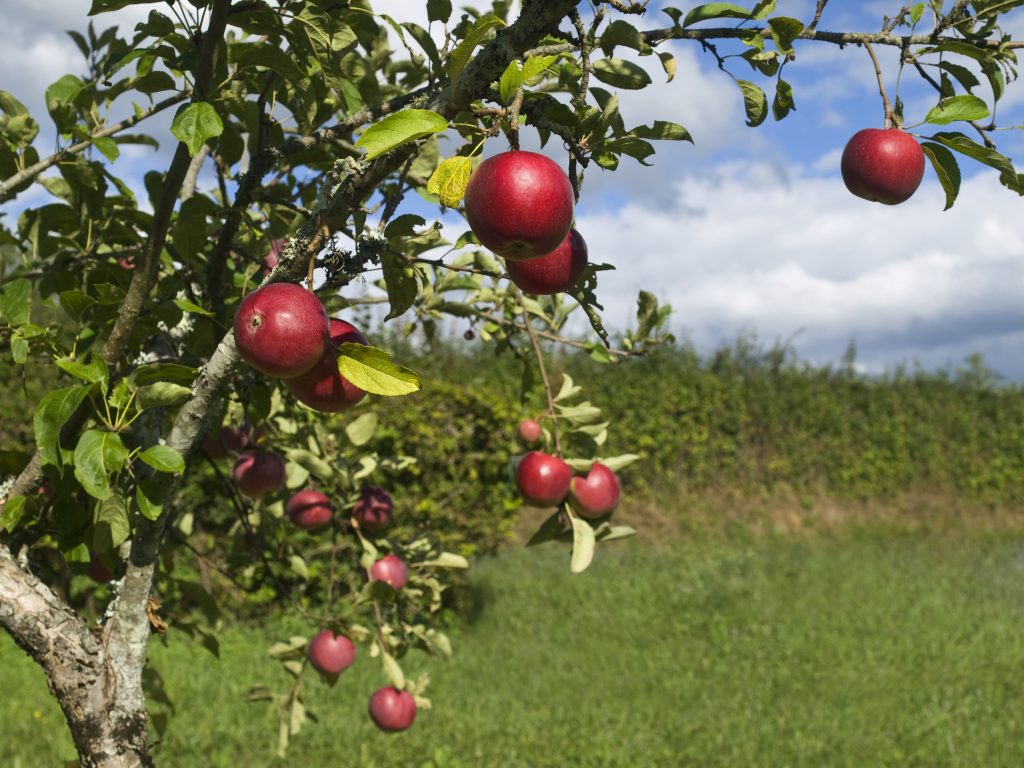 With the 2020 harvest for North American apples drawn to a close, promoters and distributors are seeing strong movement and high demand. The months ahead, however, are uncertain.

While new trends have emerged as a result of  Covid-19, indsutry members say it is difficult to say whether they will continue and if there is enough supply to meet the demand.

The strong movement currently being experienced by the industry follows logistical issues caused by the pandemic during the harvest season, principally in the form of labor shortages.

“Covid-19 definitely has had an effect on the number of laborers that were available to pick the apples out of the trees,” Laurel Van Dam, director of sales at BC Trees Fruit Cooperative, told FreshFruitPortal.com.

She explained that the travel restrictions cut into typical labor sources, slowing the apple harvest. Additional difficulties took the form of weather conditions.

Washington and Canadian apples were affected by smoke from the wildfires which ravaged Oregon, Washington, and California earlier this year, as well as cold and wind events.

According to Roger Aguirre, the director of apples and pears at Oppy, the final harvest was ultimately significantly lower than what was initially expected.

“For the most part, it's looking like the crop is down from 141 million to 117 million boxes, so definitely a decrease in what was forecasted,” he said.

Despite this, there seem to be some varieties that are doing well this year. According to Catherine Gipe-Stewart, communications manager at Superfresh Growers, while Washington state’s apple crop is down 12 percent from the previous year, organics are doing well.

She said that SuperFresh is tracking similar to state averages and, although the overall crop is down, organics are up by 16 percent. Pink Lady, Cosmic Crisp, and Autumn Glory apples are seeing the largest increases in particular. The last of these is reportedly listed as being up by 88 percent in sales and 78 percent in recent Nielson data.

Still, other varieties are tighter this year due to the shorter crop, such Granny Smith, Fuji, Gala, Gold Delicious, and Red Delicious with "the smallest crop of Reds in 60 years".

With the strong demand for apples, the overall smaller-than-expected crop creates another issue. Aguirre stated that while demand is good and typically January brings an uptick in sales from people searching for healthier alternatives post Christmas, the reduced numbers could cause prices to go up.

“I think that the industry was pricing the crop initially as if it was a 141 million-box crop,” he said. “But now with the huge decrease in the crop, we are seeing the pricing inching up.”

“Sales have been good. Sales both domestically and export have been strong, but there's a reduced crop so, at the same time, we need to make sure that we're maximizing the return for the growers.”

Moving forward, Aguirre said it’s difficult to know exactly what direction the market will take, although he anticipates challenges from a crowded premium apple sector.

Additionally, he said, while the North American apple industry is strong and healthy, it’s difficult to know how things will change in the future or if the trends being seen currently, such as the shift to online shopping and prepackaged fruit, will continue.

Laurel Van Dam said that particularly at the beginning of the crisis there was a big push for consumers to buy prepackaged products.

“They wanted to get in and out of the stores quickly, and they didn't necessarily want other people touching their open produce,” she said.

However, she also added that while this trend is there, it’s not the case for everyone.

“It's not like the entire world has gone to 100% prepackaged," she said. "That is not the case. There is still a good market for bulk sales as well, but we've definitely seen an uptick in the bagged fruit.”

The trend of digital shopping has likewise become significantly more prevalent in past months, with distributors also taking to social media for marketing.

"There is a shift towards digital,” said Toni Lynn Adams, Communications Outreach Specialist for the Washington Apple Commission.

“Consumer's shopping behaviors have changed tremendously. There's more e-commerce. There are more doing delivery options. So we have really shifted towards that in our marketing and our promotions to adapt to this change in shopping behavior.”