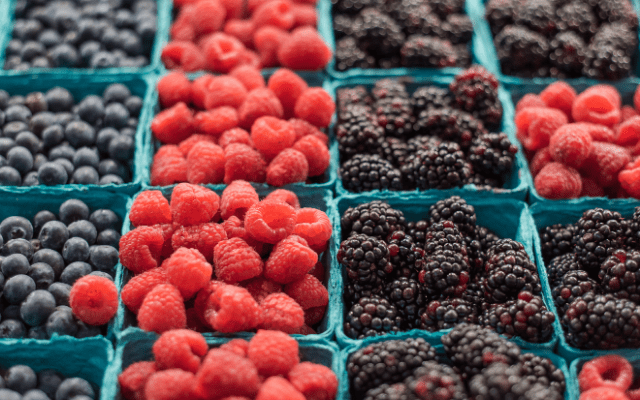 As mobility continues to increase in the U.S., fresh produce sales dropped for most areas in March in comparison to last year's spikes in grocery retail; though demand stayed ahead of the 2019 pre-pandemic baseline.

The notable exception to this decreasing trend is berries as in addition to being the biggest seller, still managed robust sales increases both in comparison to 2019 pre-pandemic normal with over a 28 percent increase and year-on-year at more than a nine percent increase.

However, in comparison to 2019, fresh produce sales at retail were up 11 percent, according to a joint report by 210 Analytics, PMA and IRI.

"We knew the year-over-year picture would radically change come March in going up against the early pandemic spikes of 2020," Joe Watson, Vice President of Membership and Engagement for the Produce Marketing Association said.

“But while the year-ago picture is always important, it is just as important to understand current demand relative to the pre-pandemic normal as the country is starting to open up a little more each day."

Fresh produce sales remained unchanged at $5.4 billion from February 2021, a $435 million decrease year-on-year, but were up $524 million from the 2019 pre-pandemic normal.

Watson explained that prices for both fresh fruit and vegetables were up some eight to nine percent over March 2020 levels.

Seven out of the top 10 selling fruits lost ground versus the tremendous sales of 2020. However berries, melons and pineapples increased sales versus those early pandemic weeks.

"In fruit, the line up of the top 10 measured in dollar sales is fairly typical,” said Watson. “Berries are the untouchable number one, nearly doubling the sales of number two, apples."

“Vegetables’ enormous strength in 2020 means that we’re seeing many down versus year-ago levels,” said Watson.

Looking ahead, the nation’s pent-up demand for eating out at restaurants is translating into 40% expecting to dine out as often or more often as they did before the pandemic, according to the survey.

"Understanding where that at-home versus away-from-home spending balance lies relative to pre-pandemic will help our industry with demand forecasting," Watson said.