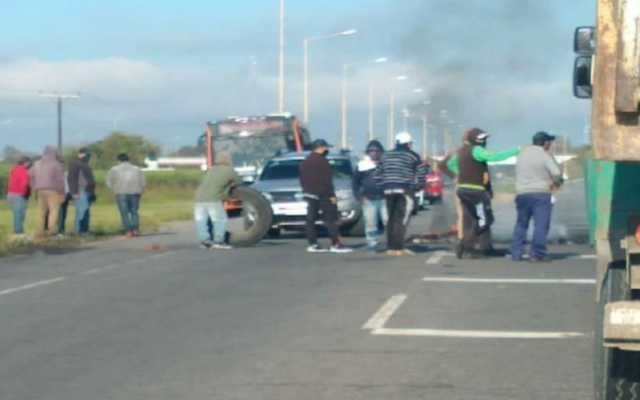 The Argentine lemon season has been thrown into jeopardy just as it was getting underway due to a worker strike over wages in the leading production region.

For the third consecutive day on Wednesday, self-organized workers in Tucuman - where 80 percent of national lemon production comes from - blocked roads in different points of the province and prevented the passage of trucks transporting citrus, local newspaper La Nación reports.

The blockades also take place at the accesses to farms and packing plants.

The protesters reportedly rejected the 40.6% salary increase agreed last March between the Argentine Union of Rural Workers and Stevedores (Uatre) and the Citrus Association of Northwest Argentina (Acnao), within the framework of the labor negotiations.

The sector claims that the increase is actually 25%, while the remaining 15% corresponds to an increase that had been reached in 2020, according to La Nación.

"We demand that they reopen the bargaining agreements because what they signed is a starvation agreement. They say that 40% is an achievement, but it is 25% with 15% from last year. We earn a wage of 1700 pesos (US$18), which with taxes is 1350 pesos (US$14). It is not enough for anything," Víctor Santillán, one of the spokesmen of the self-convened harvesters, was quoted as saying.

The workers are demanding the reopening of the labor unions to set a daily wage of 2,500 pesos (US$27).

Meanwhile, Acnoa and Uatre defended the agreement reached in March and alleged that there were political interests behind the protest.

The entities reportedly warned that "minority sectors outside the activity with political interests are carrying out roadblocks and blocking access to farms and production facilities, thus paralyzing the functioning and operation of the companies and workers at the beginning of the citrus season".

The development comes just after the European Union announced that it had revoked a ban on Argentina citrus imports implemented in August due to a high number of citrus black spot interceptions.

In 2020, Argentina exported 256,866 metric tons (MT) of lemon to the world, worth US$185 million. Fifty percent of the fruit was destined for the European Union, and the rest was distributed among more than 40 markets.