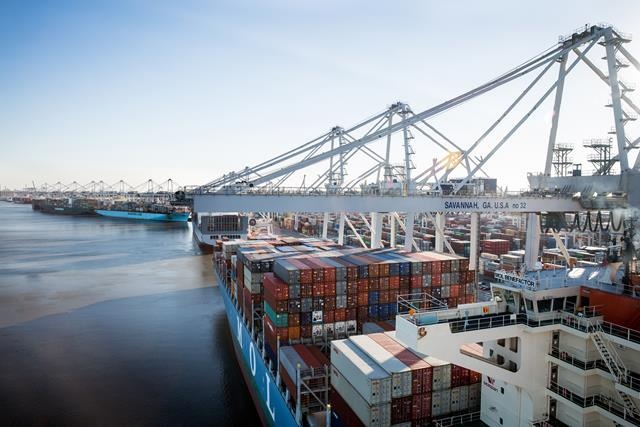 Following Biden's executive order calling attention to prices and competition in the container industry, the industry has responded that the U.S. should look inward to solve supply chain delays.

The driver of these supply chain pressures is demand for imports by U.S. consumers and U.S. businesses, according to the World Shipping Council (WSC).

Of the past 12 months, 11 months have had a year-on-year growth in spending on consumer goods of over 10 percent.

"In the first three months of 2021, eastbound volumes grew by 34% - the highest quarterly gain by far since Drewry's current records began in 1995," Drewry Shipping Consultants said.

“This is not the fault of any given supply chain actor. Supply chains simply cannot efficiently handle this extreme demand surge, thus resulting in the delays, disruptions and capacity shortages felt across the chain," John Butler, President and CEO of WSC said.

"All supply chain players are working to clear the system, but the fact is that as long as the massive import demand from U.S. businesses and consumers continues, the challenges will remain."

The Herfindahl-Hirschman Index (HHI), measuring the industry's market concentration, for the U.S. is less than 1,000 thus showing it is a competitive industry.

The competitive nature of the industry is also readily visible when looking at the prices that shippers have paid overtime to move their cargo, the press release stated.

The largest U.S. trade is that between the U.S. and Asia, reports show an asymmetric impact of the surge in demand between the countries.

The import rates from Asia to the U.S. have increased faster and much more than the rates on exports from the U.S. to Asia.

“The current supply chain disruptions are the result of a historic surge in demand by Americans for goods from overseas," Butler said.

"There is no market concentration “problem” to “fix”, and punitive measures levied against carriers based on incorrect economic assumptions will not fix the congestion problems."

"Only normalized demand and an end to Covid-related operational challenges will solve the bottlenecks in the supply chain,” he said.