Dole suggests carving a pineapple for Halloween amid pumpkin shortage

Amid U.S. pumpkin shortage, Dole suggests carving a pineapple for Halloween instead 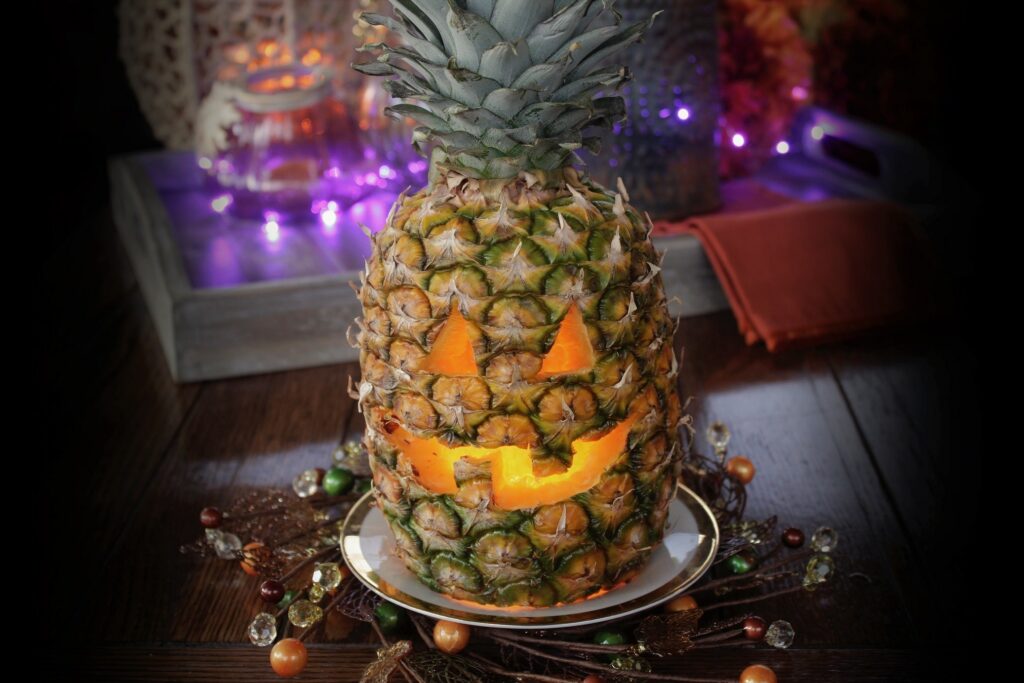 In the face of a possible pumpkin shortage and soaring pumpkin prices, Dole Food Company, Inc. is encouraging Halloween revelers to carve a pineapple instead this year.

The pineapple and fresh produce leader is stepping-up this year's annual Pineapple-O'-Lantern initiative – originally created to promote the nutrition and convenience benefits of the tropical fruit to help suddenly stranded Halloween lovers without a pumpkin to carve.

The U.S. could be facing a pumpkin shortage because of several issues, including weather conditions, shipping issues and a fungus in some areas, according to recent reports.

Pumpkin prices also appear to be increasing compared to last year, according to data from the U.S. Department of Agriculture (USDA).

In fact, during the second week of September, a jack-o’-lantern pumpkin (called a Howden pumpkin) cost $5.17, which was up 7% from the same time last year, when the same type of pumpkin cost $4.83, the USDA reported.

Illinois harvests the most pumpkins in the U.S., though pumpkins are grown all across the U.S.

Last year, the top six pumpkin-producing states -- Illinois, California, Indiana, Michigan, Texas and Virginia -- harvested more than 1 billion pumpkins combined, the USDA reported. However, pumpkins are grown across the U.S. and not just in those six states.

Of those top-producing states, Illinois harvests the largest share of pumpkins, though most of its crop (about 80%) goes to "pie filling or other processing uses," according to the USDA.

However, the Illinois pumpkin crop may not be as plentiful as it has been in the past because of a fungus, according to local station KSDK.

Meanwhile, California pumpkin growers are seeing their crop struggle because of the drought and, in some places, problems with migratory birds and a virus, according to WKRN.

Melanie Marcus, RD, MA, Dole's nutrition and health communications manager, said: "For years we've been encouraging fruit-loving families to try something new by carving a pineapple at Halloween and are now expanding our efforts in light of any possible pumpkin scarcity."

"Of course, pineapples have an important nutritional profile and are so much easier to prepare and enjoy than pumpkins since you don't have to cook them."

According to Marcus, the fruit is low in fat and sodium and high in vitamin C and antioxidants – making it the perfect sweet treat after a night of trick-or-treating.