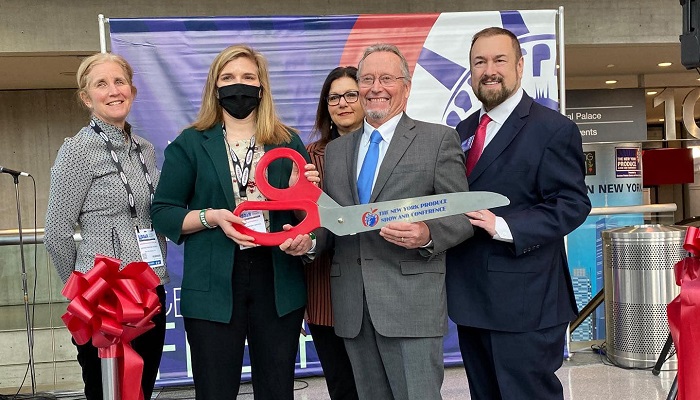 My wife and I were married in New York’s famed The Plaza Hotel, opposite Central Park and, on our wall at home, we have a beautiful and artistic black-and-white photo of us on the dance floor of the Grand Ballroom, taken during the cocktail hour before any of our guests had been admitted to the ballroom. I am dramatically dipping my wife, and we are surrounded by luxurious, but empty, tables set for 500.

When our sons reached an age where they started to appreciate irony, they called us to the photo, mentioned how beautiful it was and explained how sorry they were that nobody came to our beautiful wedding.

They thought this hilarious yet, truth be told, when it comes to The New York Produce Show and Conference, every single year, no matter our pre-registration, I approach each event with consternation. Who will come? I suppose it is a bit frantic but motivational in its own way. It keeps me working as hard as possible for as long as possible.

This year was the same, yet more so. With the pandemic out there and the rise of the Omicron variant, who could know what people in the end would decide to do? I did the only thing I know, I reached out and tried to facilitate something incredible, an extraordinary event in exceptional times.

For many months, I had been not so much an event planner or an editor or writer as an amateur psychologist — listening to the hopes and fears of many and trying to help them think through the situation. 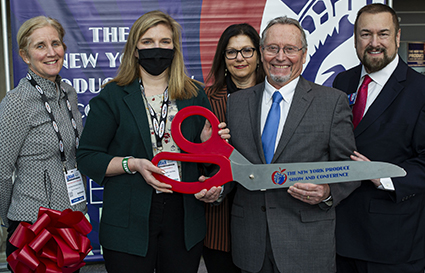 We lost several exhibitors. A few we lost because their teams were composed of anti-vaxers, and the law in New York is that only vaccinated people can get into restaurants, seminars, opening receptions and, yes, trade shows.

We lost more simply because some people had fears. They didn’t want to expose themselves or their teams to risk related to COVID.

Obviously, it is not for me to judge people’s willingness to accept risk, Yet, in several hundred conversations, several things became clear:

1) Many people have a great difficulty assessing novel risks. I spoke to people on their cell phones in malls, in restaurants, at hotels, in concerts, at movie theatres and in plays… all of whom expressed their fears about attending our fully vaccinated event.

It never happened, but I was just waiting to catch someone on their way to a skydiving lesson who would assure me they were double masked to protect against COVID.

It occurs to me that there is probably a business lesson here. Our teams probably spend a lot of time looking ahead and trying to avoid new risks, but probably neglect the dangers posed by long-existing risks.

2) Many organizations use COVID as a way to achieve other goals. Many retailers, for example, have bans on travel and attending events, even fully vaccinated events. Yet, the same retailers allow non-essential travel to their own stores where no vaccination is required for entry. Sometimes this is motivated by a desire to keep people working in the office or from home. In other situations, it is a plan to save money on travel.

One of my proudest moments in planning for this event was my personal outreach to CEOs at major retailers, where I fought to win exemptions from travel bans. My main argument: If you are a big buyer and want to help the world by encouraging vaccination, then put your key buyers in a place where vendors have to be vaccinated in order to meet them. I didn’t win every battle, but I won many, and we wound up with a record retail attendance at the event which helped both the industry, and the world.

3) As things crash and burn, saplings start to rise. Although we lost some exhibitors due to COVID fears, we  gained many more as first-time exhibitors. From greenhouse operators — say Fifth Seasons — to those offering computer programs – say Inecta — from tiny companies with innovative products — say Fresh2O — to giants seeking opportunities — say Driscoll’s. What became obvious is that different people see the situation differently… that for every company that runs in fear, another sees in the exact same situation, an opportunity to grow. 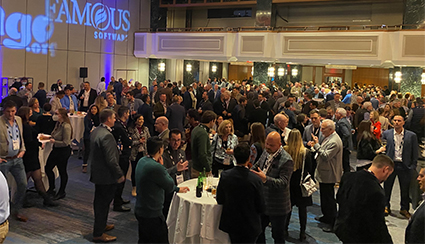 It was interesting that those who withdrew from this year’s show, almost without exception, said they loved and valued our event. Many had been participating for ten years. They almost all assured me that they will be back again next year. But when I asked them why they thought that COVID would be erased from the earth next year, most had nothing particular to say. I suggested that COVID was the new normal; it is now an endemic disease, and we have to live with it as we have lived with countless other illnesses.

I was also touched, in a way I had never been before, at the genuine outpouring of love and appreciation for what we did in New York. When you run an event, most of the day is dealt with problem-solving… people coming up to you complaining the lightbulb over their booth is out or some freight is lost. Not this year. 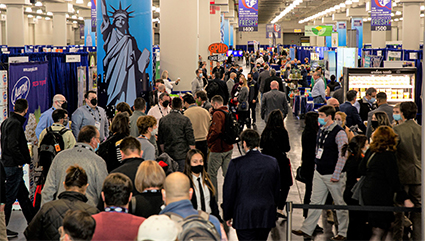 I couldn’t walk a foot without being stopped: “Jim, you don’t know me, but I’ve been reading your columns for decades and attended the New York Produce Show since it started. I just want to let you know how much I appreciate what you did in making this happen this year, that it is incredible and, as an industry, we needed this chance to get back together.”

There are so many people to thank… my team, here at our own company that made it happen, our incredible friends at the Eastern Produce Council who just kept fighting, no matter what. Especially, though, it is the industry members, buyers and sellers alike, who came and participated, who hugged and cried in friendship at seeing people they hadn’t seen in two years… at those who introduced themselves and bought and sold, who learned and studied… who declared that, even in the face of difficult challenges, they would not falter, they would progress, they would live and they would triumph.

My father, my grandfather, my great-grandfather and through many generations going back — my family has always bet on this industry, and I am proud to double-down. We just signed the papers for the next edition of The New York Produce Show and Conference. The trade show — along with the Thought-Leader Breakfast and many workshops and seminars — is now set for December 1st, 2022 — with the Opening Reception the night before plus workshops, seminars and tours all week long.

If you would like information on exhibiting or sponsoring, please let us know here.

If you would like attendee information, please let us know here.

Wishing everyone a joyous holiday season and wishing us all a fantastic New Year!