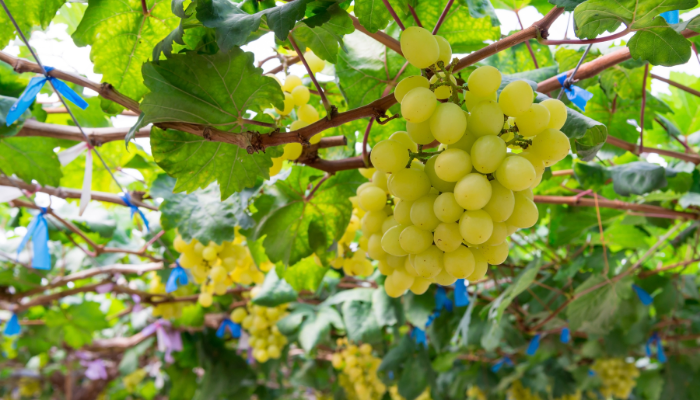 The Maharashtra State Grape Growers’ Association (MSGGA), the apex body of grape growers in the state, has decided not to sell export-quality table grapes below the price of Rs 82 or  US$1.10 per kilogram this month.

Vilas Shinde, CMD of Nashik-based Sahyadri Farmers Producer Company, the largest exporter of grapes in the country, said the decision was taken so that growers can avoid incurring losses.

Table grapes form an important component in India’s export basket, with growers from Maharashtra the largest contributor to the basket, according to The Indian Express.

Nashik, Pune, Ahmednagar, Sangli and some parts of Marathwada are the main growing centers for the fruit. While exports start from January, the pace picks up around February.

Shinde said the cost of production this year was approximately Rs 75 or $US1.02 per kilogram.

“With a bare minimum 10 percent profit, we think this cost is more than reasonable,” he said. "This was the first time growers have taken a stance to fix their selling price."

“Every other commodity in the world has a price but when it comes to agricultural commodities, the grower has no say. We aim to change this with the export market, where premium rates can be commanded."

Freight costs have more than doubled in the last year and global logistical issues due to the Covid-19 pandemic and lockdown are yet to be solved.

Shinde said that their decision was aimed at the export markets as only 20 percent of the produce is exported, making it easier to take a stand on the final price.

UAE and Middle-East are the main export markets but European Union is the most preferred market due to the better rates the exporters command there.

Shinde said they had decided that prices for the export market, for February and March, would be Rs 72 or $0.97/kg and Rs 62 or $0.83/kg respectively.

While the early pruning variety, especially in Satana taluka of Nashik, had faced unexpected unseasonal rains, overall the quality and quantity of grapes available for exports this season will not be very different from last season, Shinde said.