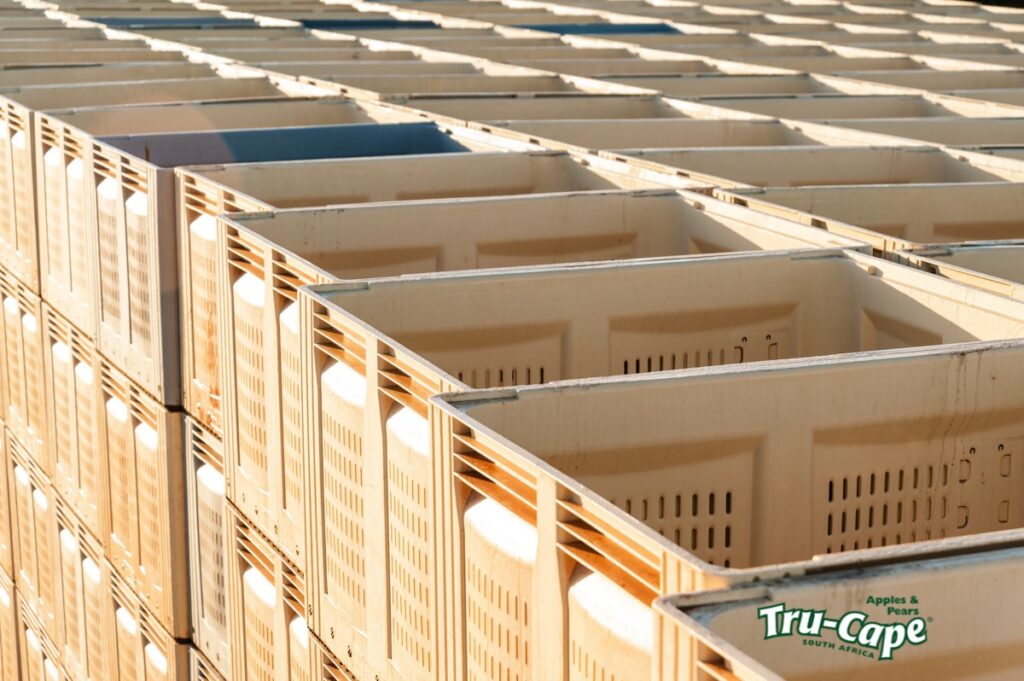 Tru-Cape Fruit Marketing, the largest exporter of South African apples and pears and a business wholly owned by growers, has compiled a cheat-sheet list of 50 fruit-industry terms to help you too to sound like an expert.

Bin
A box in which the picked apples and pears are transported to the packhouse.

Bitterpit
A disorder occurring in apples as a result of a calcium deficiency.

Break-bulk
When fruit in pallets is loaded into one or more holds of a conventional vessel.

CA
Controlled Atmosphere. Fruit is stored under gas-tight conditions where oxygen is below atmospheric concentration and temperature is just above freezing. The rest of the space is filled with Nitrogen.

Carton
The cardboard box in which trays of loose fruit or bags of fruit are transported.

Club variety
A registered and branded type of fruit that meets a specified colour and earns a premium price. Flash Gala and Pink Lady are club varieties.

Coddling Moth
A pest that tries to lay its eggs on the fruit.

Commodity
In economics, a commodity is an economic good, usually a resource, that the market treats instances of the good as equivalent or nearly so with no regard to who produced them.

Count
The number of fruit of the same size in a carton. As differing sizes of fruits grow on the tree, the count is the industry way of describing fruit size. The higher the number, the smaller the fruit.

Cracking
A defect where surface cracks appear. Several types can be penduncle, cheek or radial. Where internal growth pressures ruptures the skin and the underlying cortex tissue is exposed.

Date-coded
Fruit is packed directly into a supermarket’s bag and date coded. This makes it particularly challenging to divert fruit packed for one market to another without repacking at significant cost.

DCA
Dynamic Controlled Atmosphere. A gas-tight refrigerated room where oxygen and carbon dioxide concentrations are managed due to the minimum requirements of the fruit. Controlling units are placed inside the room that measures the chlorophyll-florescence spectrum to determine the level of the gas concentration mix.

Deciduous
A tree, like apple and pear trees, that sheds its leaves each winter.

Econo bag
A low-density polyethylene bag that is easily recyclable in which apples and pears are sold. Also known as a thrift bag.

Ethylene
Ripening hormone that stimulates respiration and ripening in fruit and plant in general. Can have several other effects as well.

Fruit Fly
Fruit enemy no.1. Fly pierces the skin of fruit and lays several eggs which develop into maggots.

Grower
Rather than describing themselves as a farmer which has a live-stock connotation, people who grow apples and pears are called growers.

Integrated Pest management
The science of pest control looking at the entire ecosystem and introducing natural predators such as ladybugs to help manage pests and diseases on trees.

Internal Browning
Physiological disorder that turns the inside of the fruit brown. Pink Lady apples are especially susceptible.

Juice price
Value of the fruit when used for concentrated apple juice.

Kalander/snout beetle bands
Sticky bands near the base of the tree to prevent a type of weevil from attacking the tree.

Legs
A term used to describe fruit that will store for a long period and eat well after.

Loudout
Action performed by a coldstore that is followed by an order: placing a batch of fruit in a transport unit.

Markets
Countries to which we sell our fruit.

Mating disruptor
Plastic tags that contain female moth sex hormone that are placed into the orchard to confuse the male moth so the male cannot locate the female which disrupts mating.

Mk6 Equivalent
Mark Six Equivalent. A standardised measure into which all sales units are converted for comparison. This is necessary as the number of fruit and weight in each carton may differ.

MRL
Maximum Residue Level. A measure, in parts of a thousand, that indicates the maximum amount of an active ingredient of a crop protection chemical that is permitted to be on the fruit when ready for sale.

Netting
Knitted PVC material with a specified colour and knit hole that affects light conditions inside an orchard. Also used against hailstone and other physical climate or biological threats to fruit. Despite their great cost, most new orchards are planned with netting in place as the fruit grown under nets can fetch a higher price.

Packhouse
A building which contains fruit cleaning, sorting, packing and storing before distribution.

Palette
A standardised slatted timber structure on to which cartons of fruit are placed for storage and transport.

Plu
Price look-up code, a form of identifying a piece of fruit via its sticker.

Pome fruit
A type of fruit produced by flowering plants in the subtribe Malinae of the family Rosaceae. Well-known pomes include the apple, pear, and quince.

Pressures
The fruit penetrometer accurately measures fruit hardness by measuring the force required to push a plunger tip (of a certain size) into fruit and vegetables. This is an indication of ripeness.

Programme
An advance order to deliver specific varieties of particular sizes in particular weeks of the year.

Prune
An action that removes leaves, branches and twigs to adjust the natural growth habit to maximise financial gain. Performed usually with a secateur.

RA
Regular Atmosphere. Large fridges where fruit is stored at temperature above the freezing point of fruit.

Rootstock
A variety which is propagated for a specific reason to function as the roots of a plant.

SmartFresh
The brand name of 1-methylcyclopropene which is used, post-harvest, to retard ripening by removing ethylene binding sites.

Stack dates
These are set by the port and signify an appointment when the container will be loaded onto the ship.

Starch
The measurement of starch in the fruit that still needs to degrade to sugar. A measure of ripeness.

Stem punctures
Holes in fruit caused by the sharp stems of other fruit.

Stem-end russet
Brown cork tissue formed as part of the skin of a fruit around the penducle basin, typical of Golden Delicious and many other apples.

Stone fruit
A fruit with flesh or pulp enclosing a stone, such as a peach, plum, or cherry.

TopFruit
Another name for pome fruit.

Transpiration
The amount of moisture that leaves the tree during metabolic processes such as breathing.

Trellising
There are different methods of training apple and pear branches so that the maximum amount of sun can be exposed to the maximum number of fruit.

Variety
Term to describe the type of fruit such as a Flash Gala apple or Packham’s Triumph pear.

Volume
The number of cartons processed, packed and sold.

Week
Planting, harvesting and marketing all happens in weeks rather than months starting at the first week of calendar year. 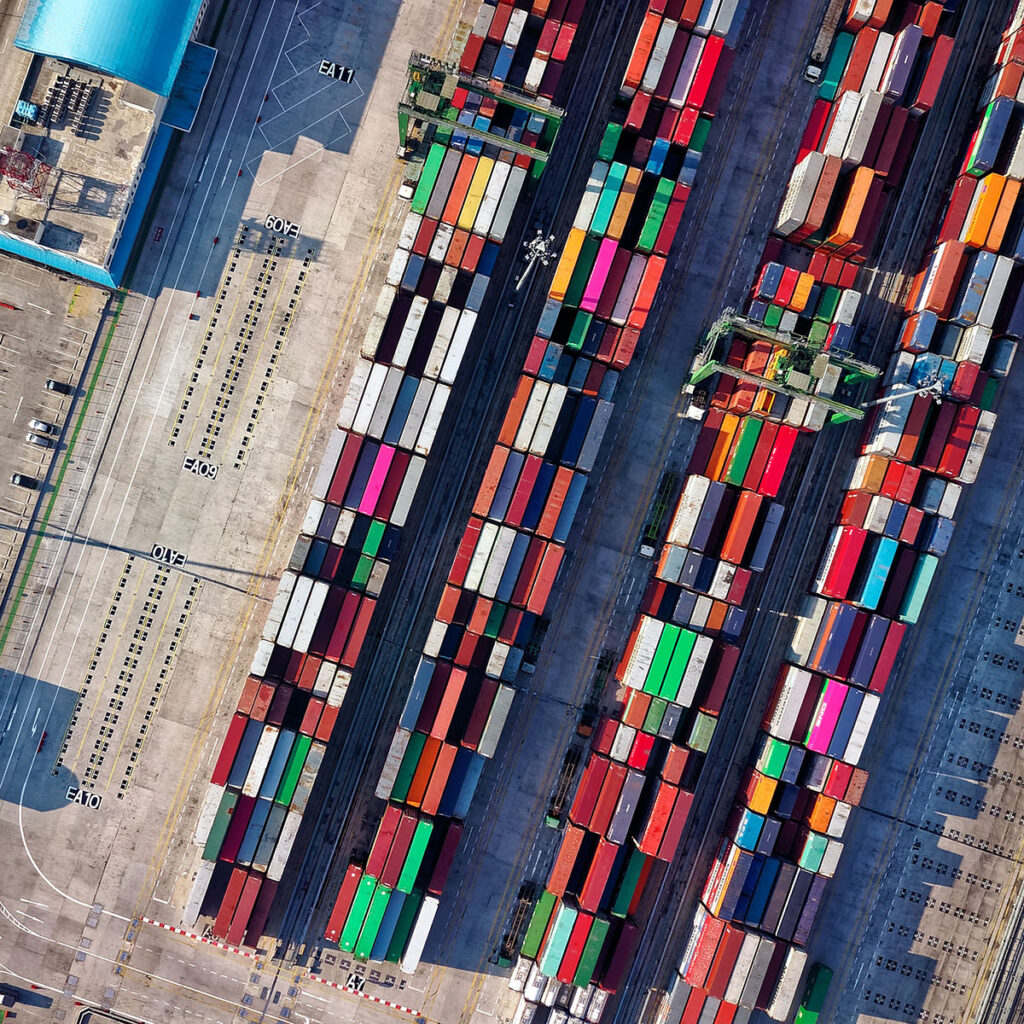 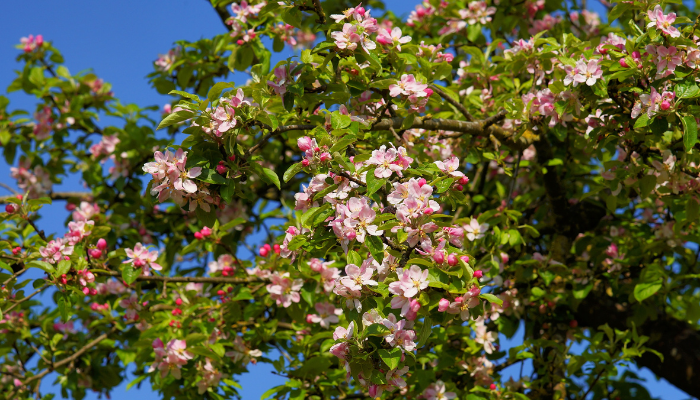