In this installment of the ‘Agronometrics In Charts’ series, Sarah Ilyas evaluates the state of the US avocado market as Cinco de Mayo draws near. Each week the series looks at a different horticultural commodity, focusing on a specific origin or topic visualizing the market factors that are driving change.

Cinco de Mayo has emerged as one of the most emblematic days in the United States. The day celebrates the anniversary of the Battle of Puebla, and hence the defeat of the French army of Napoleon III, touted as the most powerful army in the world at the time. Guacamole consumption on this day is superseded only by the Super Bowl.

However, salsas and pico de gallo are also essential condiments during Cinco de Mayo, and hence the day also drives the sales of products such as tomato, chili or bell pepper, onion and coriander.

Additionally, sales of other fruits and vegetables, such as limes and lettuce, also receive a boost as this day approaches since tacos and burritos are deemed one of the main dishes on this day. In fact, avocado consumption during the first four weeks leading up to Cinco de Mayo has grown 27% over the last 5 years according to data from Nielsen.

“Cinco de Mayo represents a great opportunity to showcase the essence and origin of Avocados From Mexico – the spirit of Mexicanity,” Stephanie Bazan, Vice President of Shopper and Trade Marketing at Avocados From Mexico said in an industry publication. Volumes from Mexico in the week of April 17 stood at 17.5 K tonnes, including both Haas and Green Skin varieties. 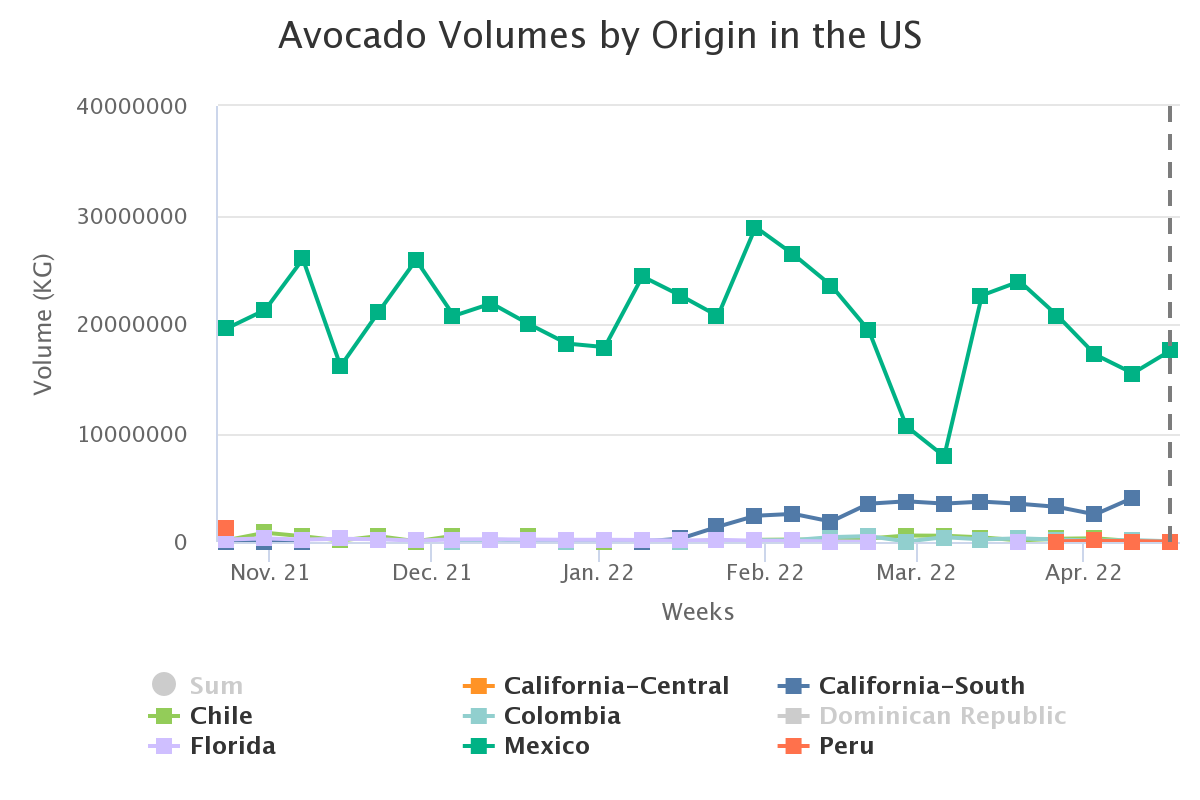 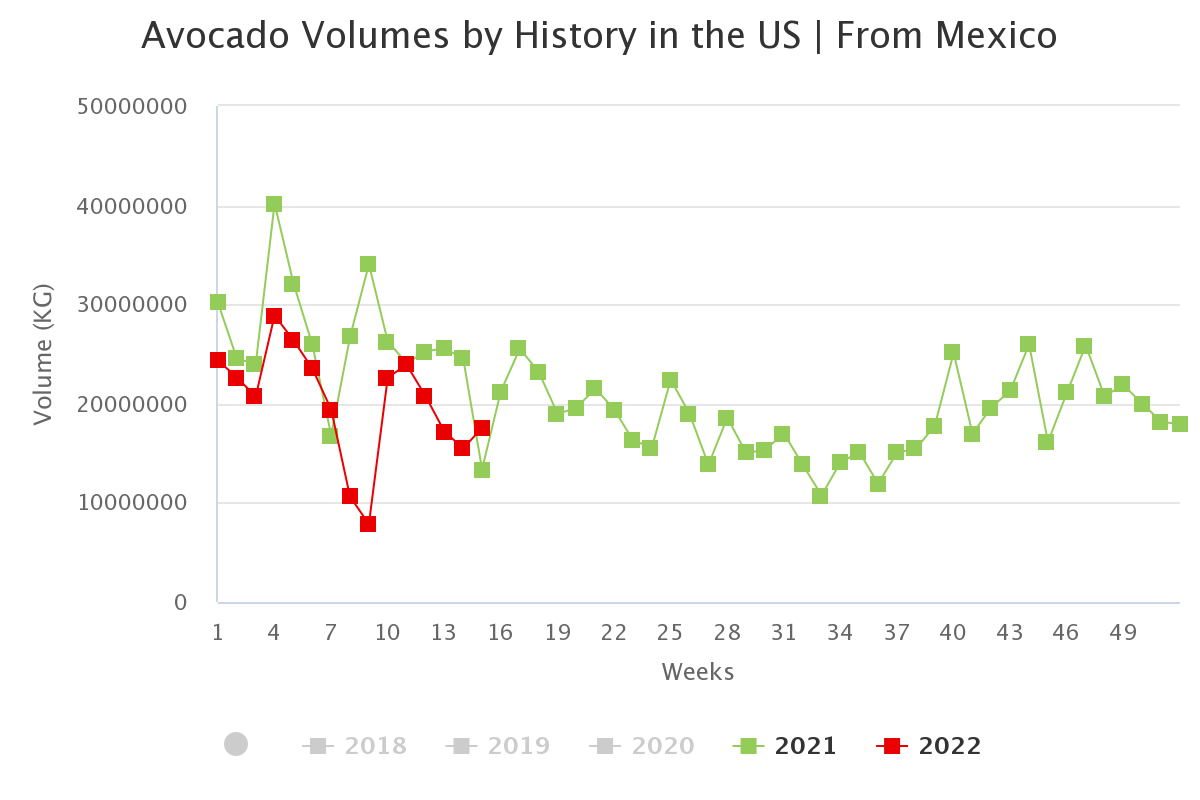 Owing to the scant supplies from Mexico, prices have spiked and currently are at least 80 percent higher than last year at this time. Prices in week 15 were at $61.41 per package, while the same week last season saw prices at $42.80 per package. 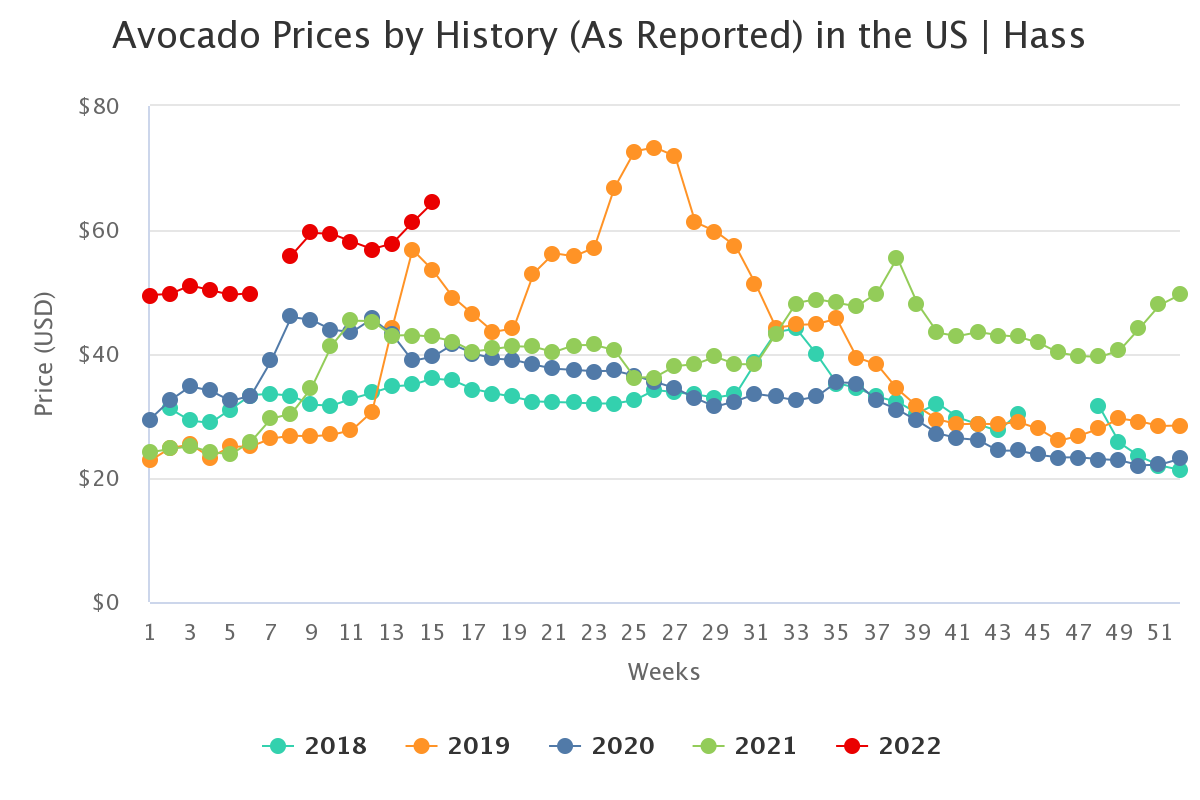 The increase in prices has been so extreme that it has prompted several alerts from the Agronometrics Price Alerts feature, letting our members know that prices are changing as soon as the data is available. The resulting trend indicates that demand continues to outstrip supply leading up to Cinco de Mayo.

Leading up to this promotion Avocados From Mexico has a newfound partnership with Mission Foods and Modelo to create an in-store Cinco destination by combining items crucial to Cinco de Mayo celebrations. This marketing tactic is likely to augment sales considering the fact that customers spend 1.7x more when buying beer and avocados, compared to when avocados are not in the basket.

“It’s important for us to connect with shoppers as they get ready to celebrate this holiday with friends and family. And by partnering with perfect avocado pairings like Mission chips and tortillas and Modelo beer, we’re making it convenient for shoppers to find all the essentials they need for Cinco parties.” Bazan added. The fresh produce industry also has a vested interest in increasing the relevance of Cinco de Mayo as this will represent a surge in future volumes, marking Cinco De Mayo as a high demand period for vegetables and fruits. 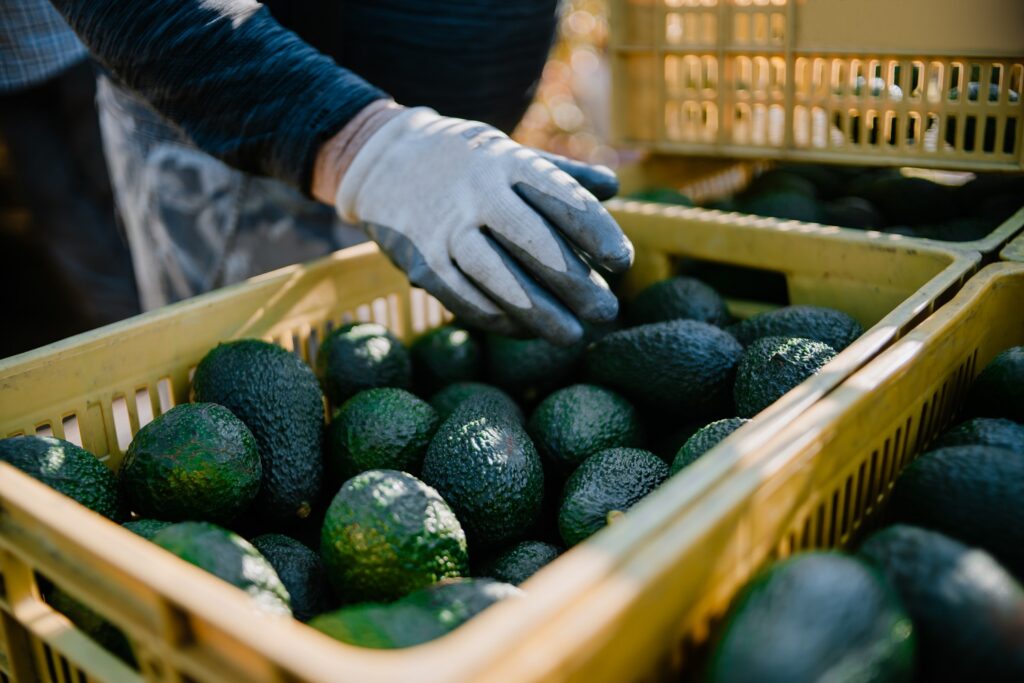