Agronometrics in Charts: Citrus volumes from Chile set to tumble by up to 12% - FreshFruitPortal.com

In this installment of the ‘Agronometrics In Charts’ series, Sarah Ilyas studies the state of the Chilean citrus market. Each week the series looks at a different horticultural commodity, focusing on a specific origin or topic visualizing the market factors that are driving change.

A 12% decline from 2021 is cumulative citrus volumes from Chile is expected due to issues such as unconducive weather, logistical difficulties and hikes in freight costs that are impacting global citrus volumes.

Additionally, a 35% decrease in clementine volumes is anticipated this season. Around 88% of all Chilean citrus exports were directed towards the United States in 2021; 97% of the clementines and mandarins.

Chilean growers might be facing a challenging season, but it has grown into an incrediblly strong, year round category, increasing by 25 percent over the past five years with future growth opportunities, said Juan Enrique Ortuzar, president of the Chilean Citrus Committee in an industry publication. The chart below depicts this increase. As can be noted, the highest volumes recorded for the previous season were around 130 K tonnes for tangerines, 94 K tonnes for oranges, 64 K tonnes for lemons and 48 K tonnes for clementines. 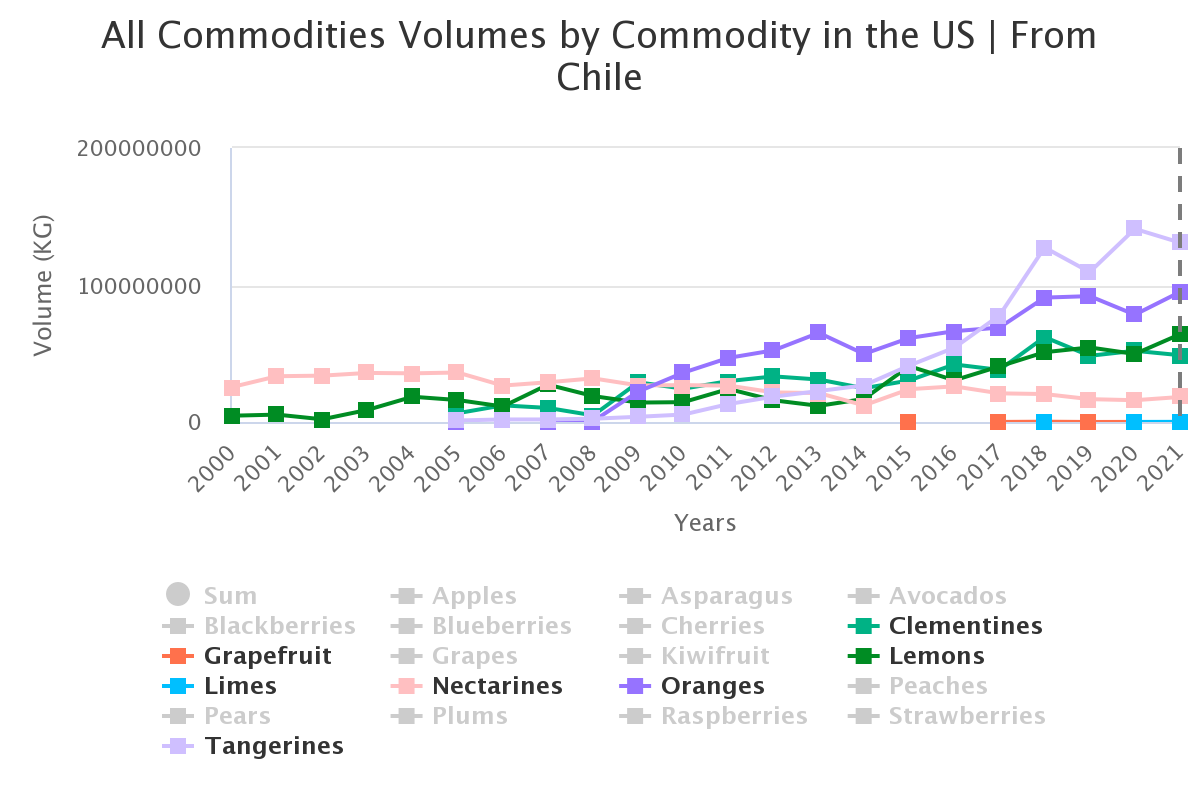 The 2021 season saw pricing for lemons ranging from $31.11 in week 3 to 18.5 in week 34 and 35. As volumes projected for the current season are lower than the previous one, prices could be expected to be higher. 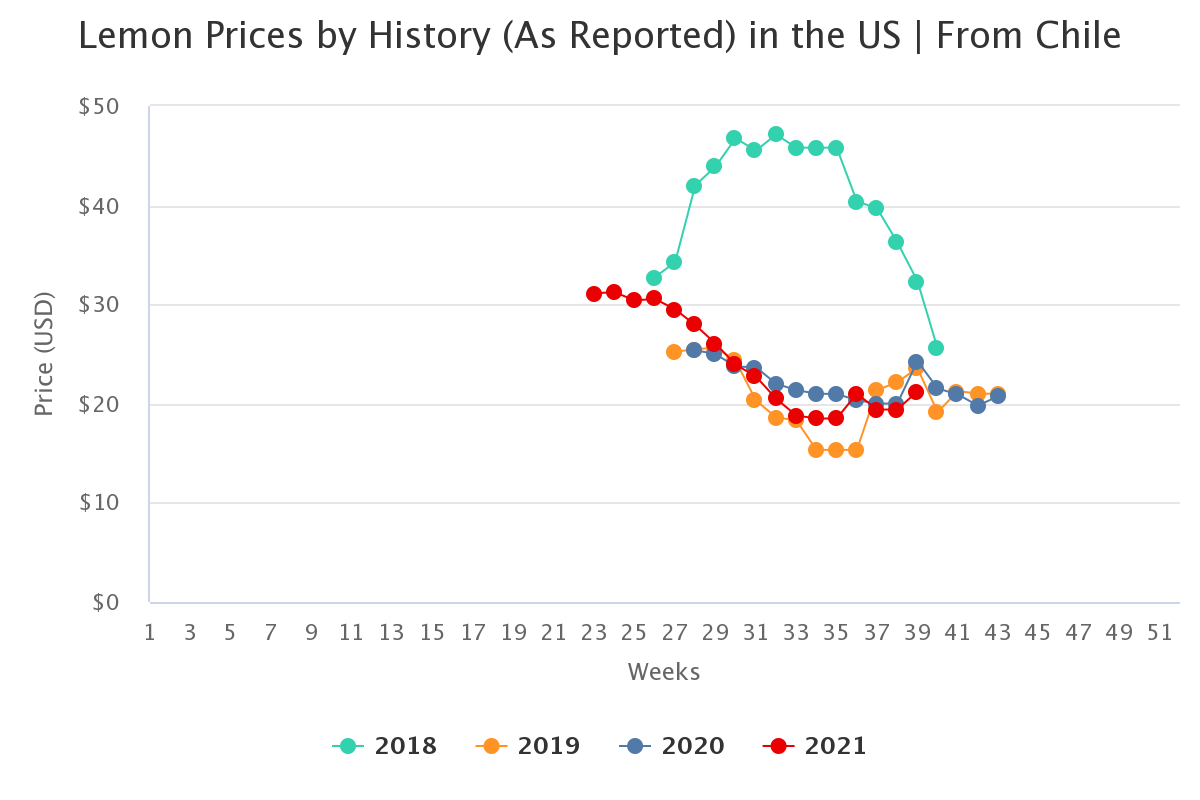 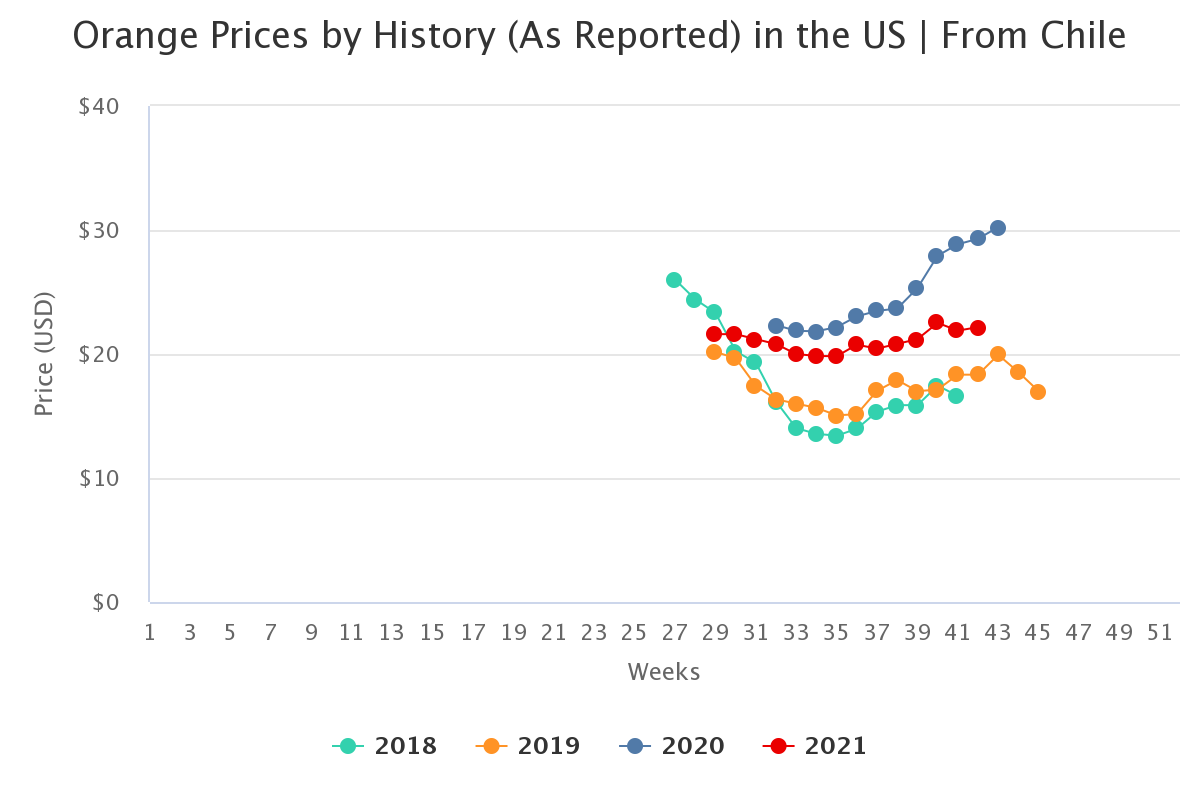 For clementines, prices in 2021 ranged from $22.65 in week 30 to 32.85 in week 37. Like oranges, pricing for Chilean clementines this season may be very similar to the pricing last season owing to projected volumes being almost equivalent to the volumes recorded for the previous season. 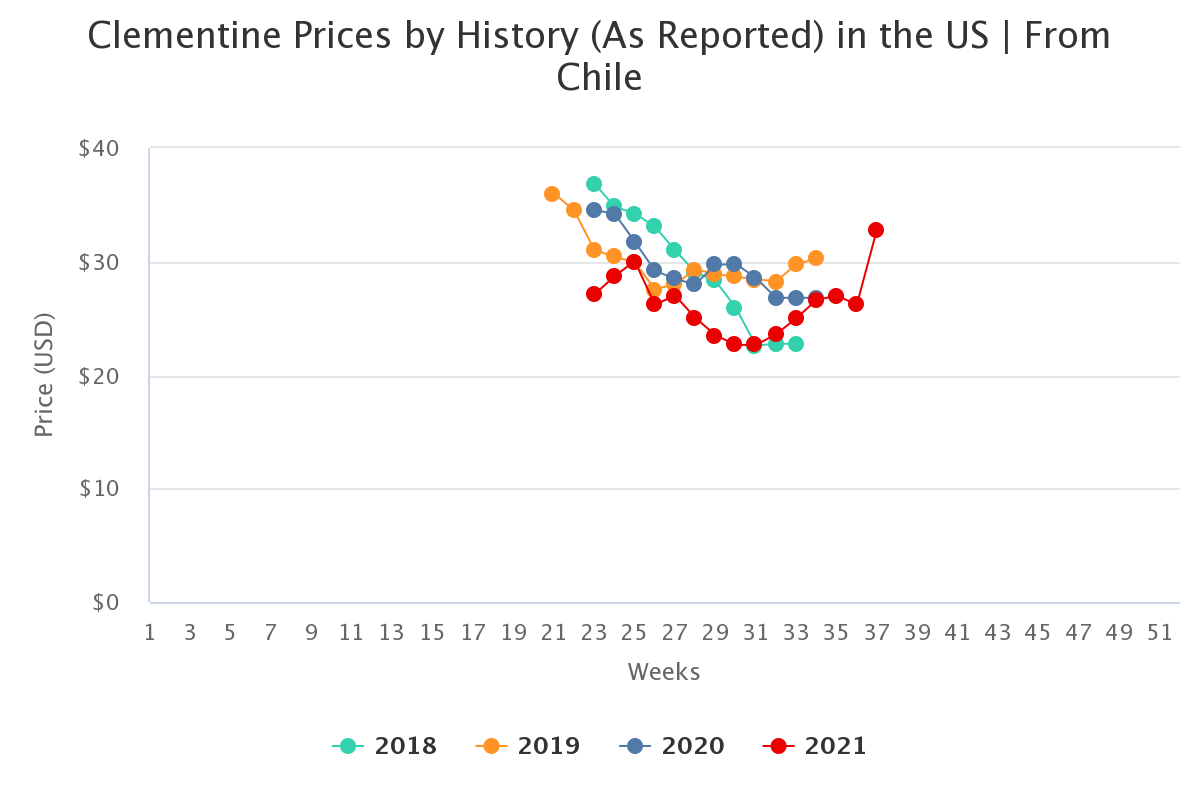 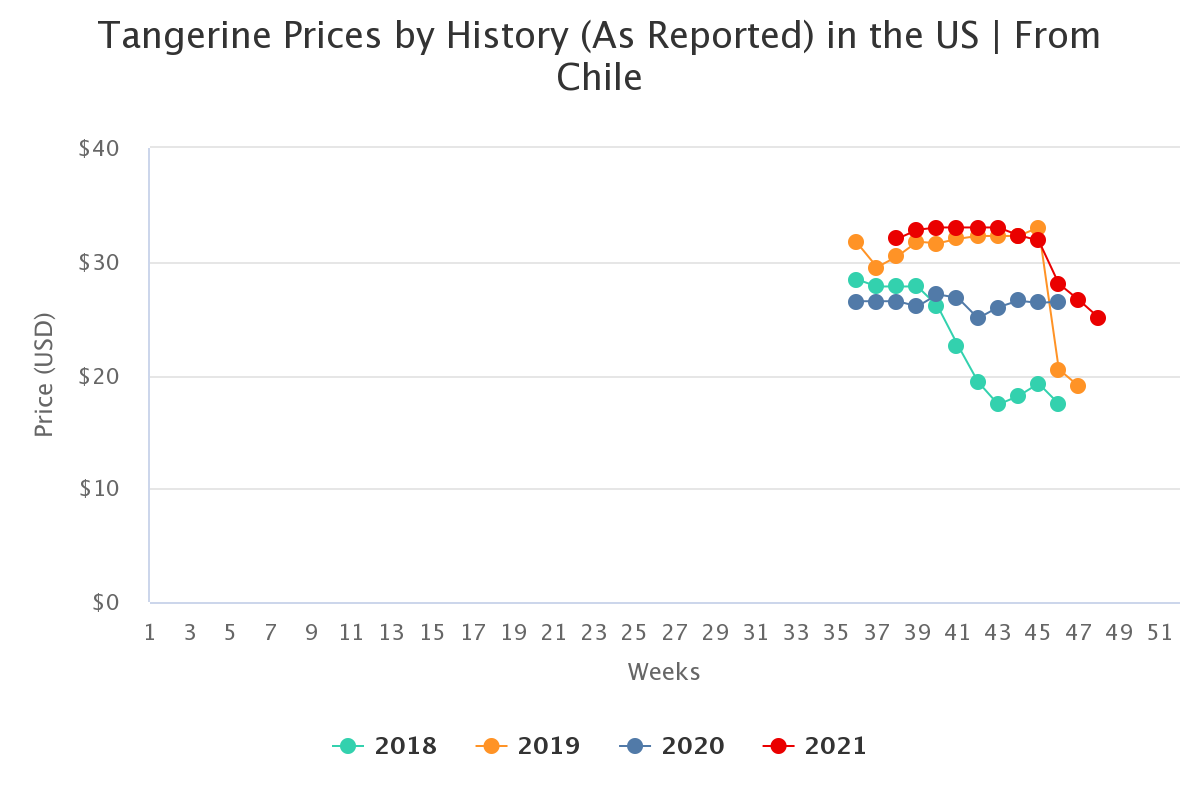 The Chilean Citrus Committee is working on a new brand campaign that will focus on digital advertisements, virtual demonstrations and programs with shopping apps such as Shopkick. The committee will also implement in-store programs that highlight the flavor, nutrition and convenience of Chilean citrus. “This season, perhaps more than ever, it is crucial that we work closely with the trade on flexible and targeted programs to drive sales,” says Karen Brux, director of marketing for the Chilean Fresh Fruit Association.