Researchers from Mexico's Colima University have worked for 12 years to identify and test native microorganisms that can control banana disease Black Sigatoka. Dr Gilberto Manzo Sánchez heads up the project which at the lab level has shown success, but he tells www.freshfruitportal.com how a lack of resources has put extensive field tests on hold.

Manzo Sánchez says the control of Black Sigatoka with fungicides accounts for around 60% of banana growers' costs in Mexico, with the chemicals mostly applied by aerial spraying.

"Some growers or big companies apply fungicides every eight days, and during the rain season the applications are more frequent - fungicides are chemical products that contaminate the environment, can affect health and they are raising the cost of production," he says.

The scientist's goal is not to eliminate fungicide use, but to develop a natural product that builds plant resistance in combination with chemical sprays.

"The idea is that with these microorganism antibiotics we can at least reduce fungicide costs by 50%; other methods don’t exist for controlling Black Sigatoka, although there are methods such as good fertilizing, good drainage too which aids soil humidity, and eliminating diseased plants."

He says the project began in 2000 working on alternative to control the disease, which is caused by the fungus Mycosphaerella fijiensis.

"We have worked on finding the response the pathogen has in infecting the plant, which scientifically is called the levels of aggressiveness. We used different Black Sigatoka pathogen fungi from different producing zones in the states of Colima, Jalisco and Michoacán, and saw that the reactions were different.

"You have to consider that the pathogen just attacks the leaves of the banana plant; the first symptoms are some spots that are present in the first days of infection, and these spots start to grow.

"If you have a strong infection of the pathogen it will dry the plant’s leaves, and if the plant doesn’t have healthy leaves it’s difficult to produce quality fruit."

The scientists used the bacteria Pseudomonas and Bacillus, as well as the fungus Trichoderma, to try and build plant resistance to the disease.

"Afterwards in labs we evaluated their antagonistic capacity against the pathogens, and the antagonism had the affect of killing the Black Sigatoka pathogen, in a way producing antibiotics are able to inhibit the growth of the pathogen.

"We are now at the stage where we need to do field testing of these microorganisms that have been positive pathogenically."

Low level field tests have begun in the three states with in-vitro tissue bananas that have been micro-propagated.

"The other important point is that antagonistic microorganisms have the capacity to infect the plant without causing any damage, and when they are within the plant, they induce it to produce some antibiotics and some growth regulators, that promote vegetative growth.

"We place these in the fields so that they have the capacity to produce certain compounds, and the plant will grow with a kind of vaccine against Black Sigatoka. That's what we're investigating."

However, larger scale testing has been put to a halt for economic reasons.

"The project depends on state and federal funds, and also funds from growers, and for the last year we haven’t had the resources, so this stage has been stopped."

The group has also conducted DNA testing of different Black Sigatoka pathogens in Mexico, comparing those from the Pacific area with those from the Gulf of Mexico, such as Chiapas and Oaxaca.

"We could determine precisely that the pathogens in Oaxaca and Chiapas showed similarities, while another group was formed with those in Jalisco, Michoacan and Colima, and this shows the pathogen is influenced in a certain way by its environmental conditions."

He said this showed that native microorganisms likely needed to be specifically developed for different banana-growing areas.

"There are other big groups doing similar things to what we’re doing. An important point to make is that these products are based on the microorganisms, but unfortunately they were obtained under different isolated environmental conditions and other types of soil.

"It would be ideal to explore how different native microorganisms act in different areas; they could work for other diseases, other crops, this is something we don’t know. 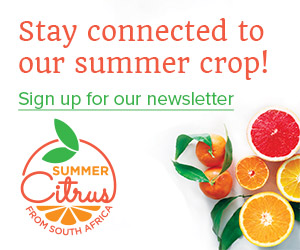