Higher labor and water costs may push up fig prices in the summer, says Ontario-based Catania Worldwide owner Paul Catania, who also expects to quadruple imports of Mexican figs into the U.S. in 2016-17.

Harvests of the fig season's first crop are now underway in the U.S. state of California where volumes may be down, according to Catania. 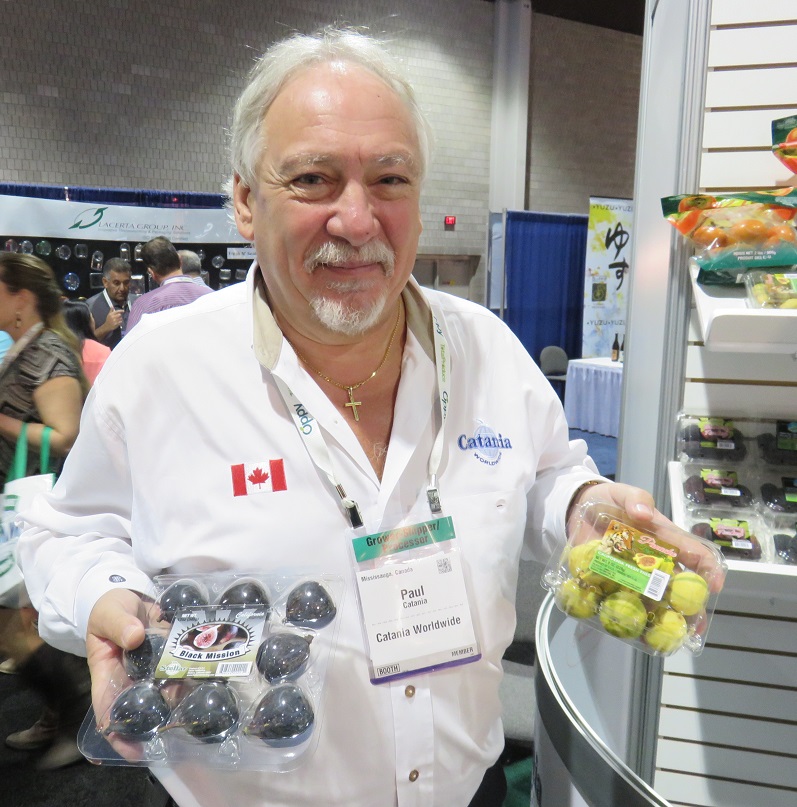 "In California there are two crops and we're in the first one right now – it’s fast and furious. It begins in the first week of June and it’ll be over by the last week of June," he says, clarifying this crop only involved the Black Mission variety.

"Fig and fruit in general is early this year because they’ve had some real high temperatures – I think they were record-breaking temperatures since March and April. It started bringing everything on early.

"This first crop is a bit shorter than last year’s," he adds.

He says the second crop will also come on very quickly, starting probably around July 10.

"In the second crop you’ll get different varieties. You’ll have Black Missions, Brown Turkeys and green figs like Sierras, and even the Tiger Stripe.

"We’ve got good demand. In California they're undergoing their own situation with shortages in both water and labor, and while they got a lot of good rainfall and snowpack run-off this past year, it still wasn’t nearly enough.

"Now getting labor is becoming a problem. Pricing has gone up in the cost of just bringing figs to market; we're almost in a situation of bidding for labor."

He says this would likely be reflected in higher prices, although there won't be any "dramatic increases".

"Weather permitting, it’ll go right through until the end of September," he says of the season.

The California season comes off the back of the Mexican deal, which historically for Catania was bonded through to Canada as the fruit wasn't allowed into the U.S. However, in 2015-16 the company was able to sell its figs in the U.S. under a new irradiation-based protocol.

"We want the American market and that's just opened up to us with the irradiation protocol, but there is a stigma to the name ‘irradiation’ so some people shy away from it," he says.

"But for the most part we can’t get enough fruit," he says, adding buyers in some chain stores and East Coast terminal markets do not seem to mind the practice as supply still can't keep up with demand.

"Our [Mexican] production is increasing. It'll probably triple next year because we’ll have more mature trees and a lot more fruit. We’re very pleased with the business."

He says toward the end of 2015 when more Mexican trees were getting into production, Catania was bringing two loads a week to Canada and half a load to the U.S.

"That's all the fruit I had that was certifiable for the United States," he says.

"Those numbers for the U.S. will quadruple next year so I should be doing two to three loads a week next year into the United States."