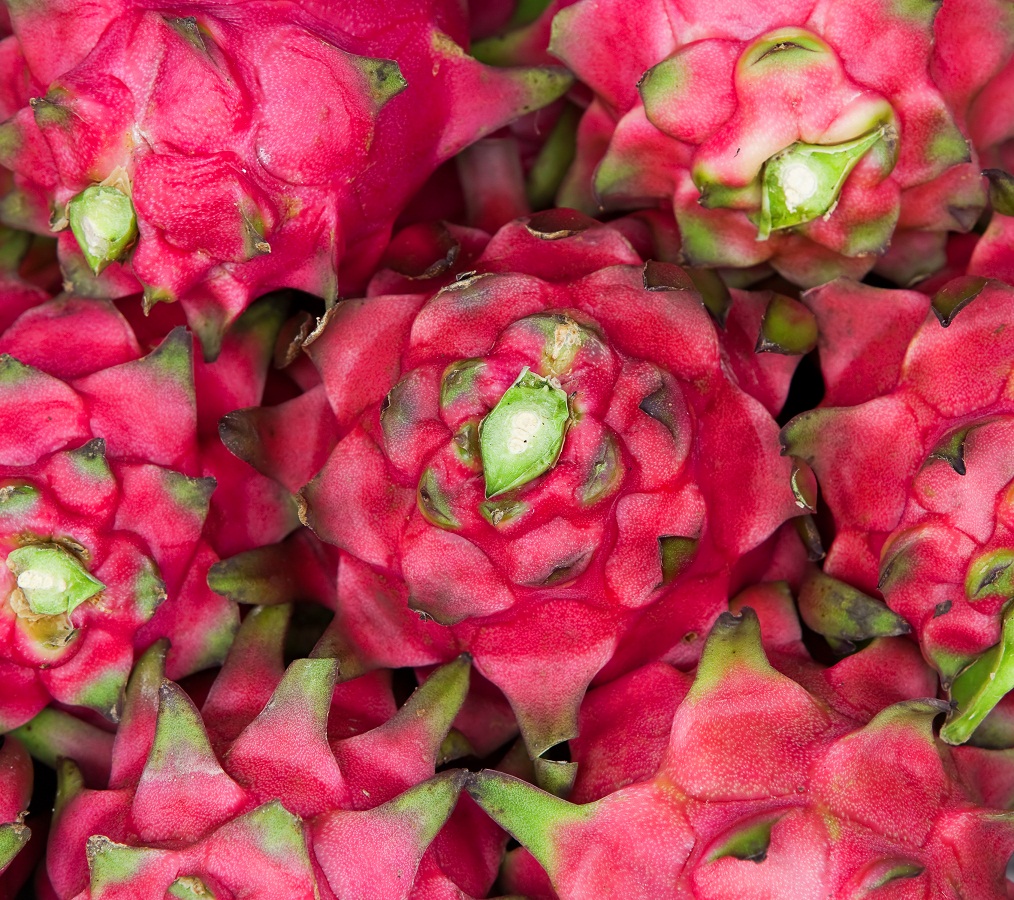 A new project in South Africa aims to establish a thriving dragon fruit industry with the nation's first trademarked varieties.

Amorentia Estate and Nursery owner Howard Blight recently registered 14 U.S.-developed varieties of the tropical fruit, also known as pitahaya, which he says are far superior to the cultivars currently under small-scale production in the country.

"It’s very big in the Far East, but by enlarge the selection of really good, sweet dragon fruit has only just begun," Blight told www.freshfruitportal.com.

"Most of the stuff that comes onto the market is very mediocre, watery, rather tasteless fruit. But the Americans have done some very interesting selections, and the varieties that we've got now are absolutely delicious."

"We have a created marketing company, and for every hectare that the growers plant they will be given a share in the company. We will be 50/50 with them throughout the duration of this project," he said.

Blight explained it was not just the fresh fruit that would be sold under the trademark, but all value-added products such as dried fruit, drinks and even face creams.

While the project is to start small, Blight said the number of growers would likely end up being in the hundreds. All varieties trademarked under the brand will be self-pollinating to facilitate production.

The farms will likely be concentrated in the Limpopo and Mpumalanga provinces, with some in parts of KwaZulu-Natal and frost-free areas of the Eastern Cape.

Although exports will not begin for at least a couple of years while production levels build up, Blight said European countries like the U.K., France, Germany and the Netherlands would be among the key markets.

He also highlighted there would no be infrastructural development needed to support the industry, as the tropical fruit could 'ride on the back' of what was already established.

"What’s interesting about dragon fruit is that all the infrastructure for the packing, processing and shipping is already in place in South Africa, because it will grow in subtropical areas where bananas, avocados and macadamia nuts grow and they can ride on the back on all the existing infrastructure," he said.

"You can pack it on the same packing line as you would avocados or mangoes, and it requires the same cold storage regime to go to Europe."

Although the project is in its early days, Blight believes it has big potential in the country, where he says there are currently no more than two dozen hectares of the fruit in production.

"I think it will develop," he said, adding that in due course an application would be made to become members of the South African Subtropical Growers' Association (Subtrop), which represents avocado, mango, lychee and macadamia nut producers.

"In ten years time I think we’re going to have a thriving industry here. We’ve got 1,000 hectares with an option for another 1,000.

"In Vietnam they’ve got over 10,000 hectares. So who know’s where this thing will go? It’s definitely an alternative crop for our subtropical region."

For now, Blight said his main focus was to build brand confidence among consumers and growers alike.