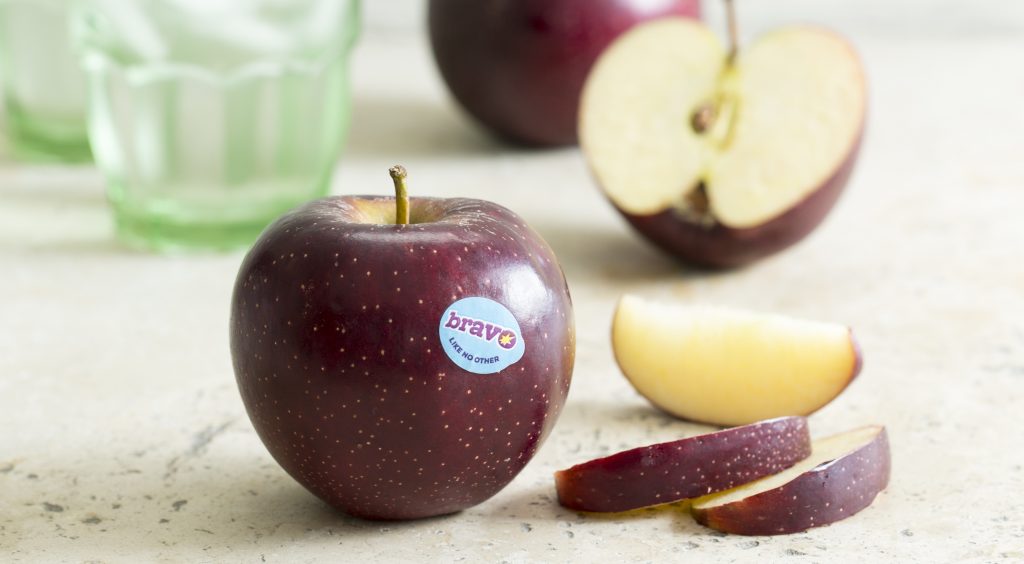 From the same department that bred Pink Lady, the Burgundy-colored apple is now grown in five Australian states and its marketers have global aspirations.

Despite its widespread recognition worldwide, the Cripps Pink apple - marketed as Pink Lady - has not had the easiest ride from a legal standpoint over the years. 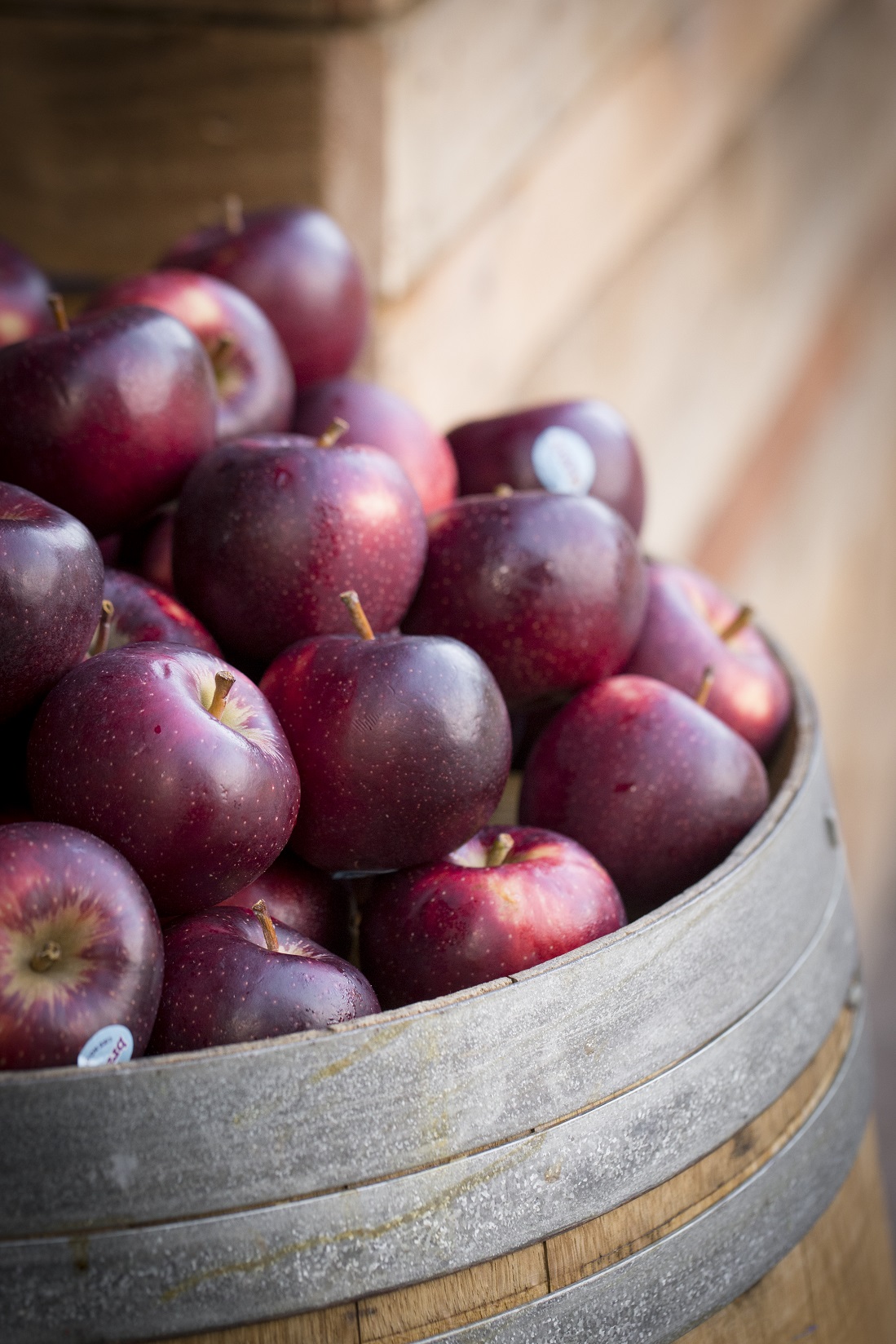 For example, only recently has a longstanding dispute between Apple and Pear Australia Limited (APAL) and Pink Lady America over the rights to the trademark in Chile been resolved.

The experience has been a cautionary tale for the Australian industry, so while Bravo's (variety ANABP 01) license managers believe it could "absolutely" reach similar levels of success to Pink Lady, they are taking a cautious approach.

"We're just very careful with the planning of actually how we’re going to introduce it to the rest of the world," Fruit West Co-operative executive officer Nardia Stacy tells Fresh Fruit Portal.

"There obviously have been lessons learnt with the Pink Lady and we want to do this the best to benefit Australian growers and the Australian apple industry – it could be a game changer."

She clarifies that reports from the Australian media of 600 metric tons (MT) worth of expected production this year were likely a misunderstanding, and that the forecast figure is actually 50MT.

However, with the amount of planting going on it likely won't be too long before output surpasses 600MT and grows much further.

"We just had our first plantings go into Queensland last year," she says, adding this builds on production in Western Australia, Victoria, South Australia and New South Wales.

"We would be projecting that we would have a lot more coming into production in the coming years, and whilst we have the majority of production in Western Australia, the Eastern states will probably follow that through and surpass us."

Stacy says this year is the second commercial season for the apple, which is already making breakthroughs domestically and is in line for its first international trials.

"Our season is going extremely well - obviously this is a premium apple so we’re targeting premium greengrocers but we’ve also just gone into Woolworths in Western Australia in every store so that’s a major tick for us going forward," she says.

"We think we’ve got something that’s completely different and it just is a beautiful apple – we definitely have aspirations for it to go global. 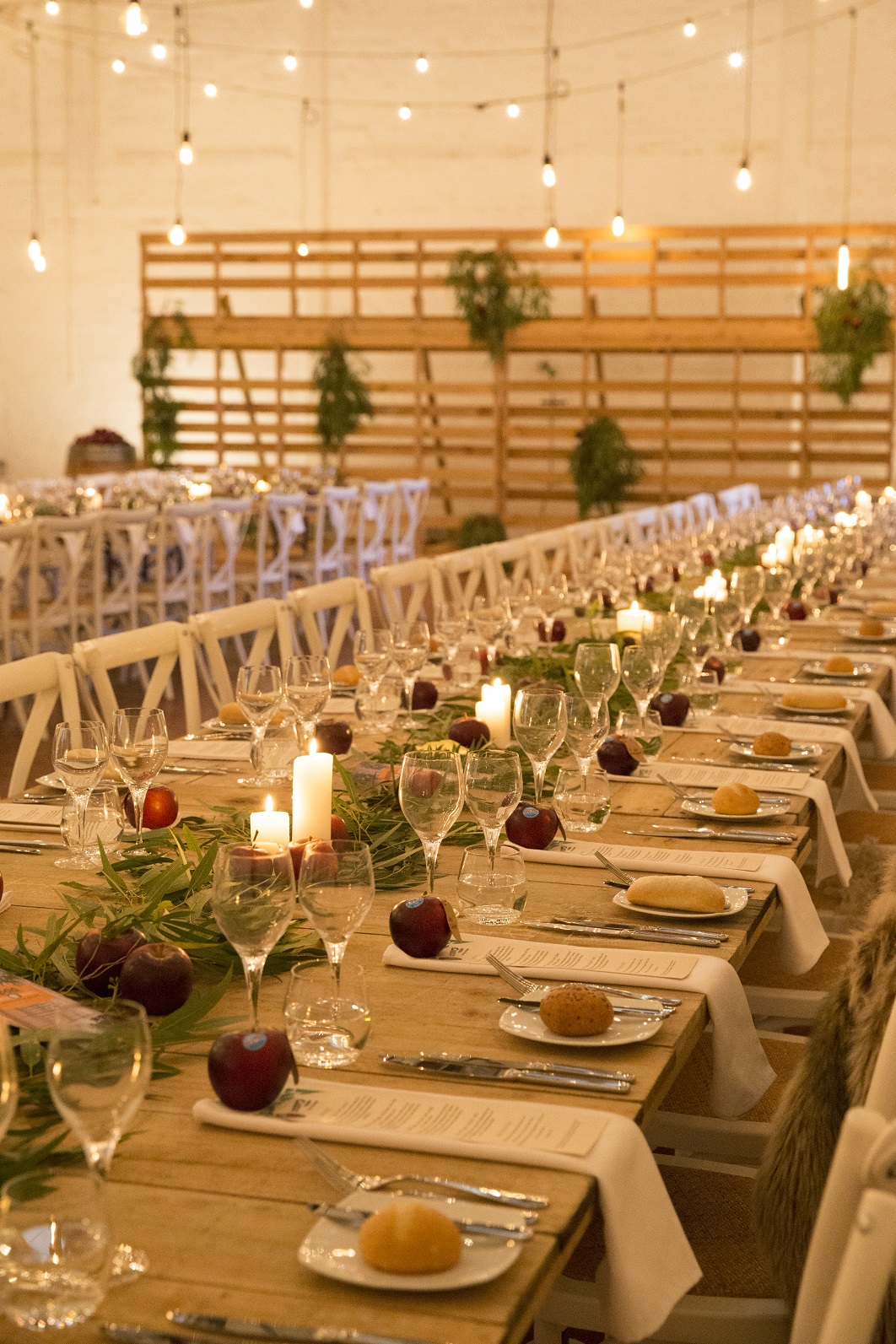 Apples on display at the Bravo launch held at the Perth City Farm at the start of the season, sponsored by licensed marketer WA Farm Direct.

"Currently it is only Australian growers that are growing it and we’re looking at doing some trials into Hong Kong and Singapore this year just to see what they think about it as well.

"We just don’t have the volume at the moment so we’re making sure that we do it right, and introducing it in the way it should be introduced."

She says the group will likely eventually be looking overseas for counterseasonal growing partners as the brand raises its international status.

"There are no plans at this point in time but we wouldn’t rule that out," she says.

But what makes this apple so unique?

It seems like every couple of months a new apple cultivar is released, some with more fanfare than others, so what is it that gives Fruit West and the owners at the Department of Agriculture and Food Western Australia (DAFWA) such confidence that Bravo will make its mark?

"Its parents are Royal Gala and Cripps Red [marketed as "Sundowner" in Australia and "Joya" in Europe] and it’s just been a cross, it’s got this beautiful dark Burgundy skin," she says.

However, neither of these two varieties has such an intense, almost violet color, so did that come about through a natural mutation?

"It’s taken 20 years as a cross between the two - lots and lots of crosses - and they grew this one and it came out to be this color," she says.

"And when the growers of Western Australia saw it they just thought this is totally different, this is something to look at and get behind."

Color alone cannot support a brand, but according to Stacy the Bravo apple is also very pleasant to eat.

"I just think it’s got a very balanced sugar to acid flavor; it's beautifully sweet and juicy and it has a lovely tang at the finish and what I find with it it’s beautifully crisp every time you take a bite.

"Very often when you go to eat a red apple you’re very disappointed but this apple doesn’t disappoint.

It’s got a beautiful sweetness, it’s got very high brix, and it’s just something a little bit different. And we’re hoping it’ll be looked at as a beautiful gift in that premium market."

As a late season apple, Bravo harvesting starts around 27 days after Golden Delicious and 14 days before Cripps Pink. In Manjimup, Western Australia this usually means a starting time of around mid-April.

"Once we were picking early April but we’re finding it would be mid-to-late April now to start picking," Stacy says.

"And it stores extremely well. The good thing about this apple too is it’s slow to oxidize meaning when you cut it, it's very slow to brown as well."

Picking then continues to June, and given the aforementioned storage qualities the fruit can be kept in cold conditions - ideally between 0-0.5°C - for long periods.

With its specific coloring and great flavor, Bravo is also marketed with the trademark "Like no other".

"We just want to make sure people to understand that this apple is bold and daring...it’s coming to the global market so it’s something to look out for."