The recent detection of fraudulent 'organic' grains from Turkey in the U.S. has prompted the Organic Trade Association (OTA) to form a task force to develop a best-practices guide for the private sector and crack down on such incidents. 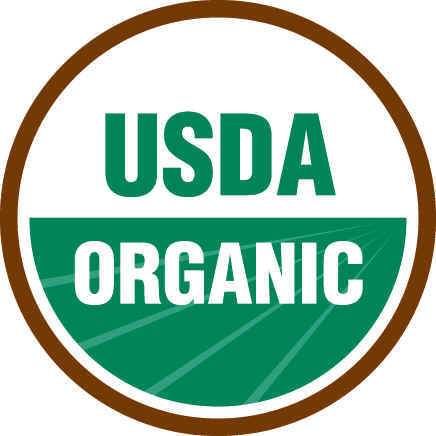 The Global Organic Supply Chain Integrity Task Force is perhaps the largest of its kind ever created by the OTA and will be made up of diverse industry representatives split up into subgroups.

The OTA's VP of regulatory and technical affairs Gwendolyn Wyard told Fresh Fruit Portal the task force was one of many ways the association was tackling organic fraud.

She also highlighted the importance of both safeguarding value for the industry and retaining consumer trust as organic food sales continued to grow.

An article in The Washington Post in May exposed how conventionally grown soybeans originating in the Ukraine and then reexported to the U.S. from Turkey were somehow labeled as 'organic'.

The National Organic Program (NOP) investigated the issue and revoked the offending company's certification, but Wyard explained the incident had revealed a "major vulnerability in the supply chain."

"We want to take a larger view and look at supply chains in general for any type of product and really examine the situation," she said.

The task force's mandate is to develop a best-practices guide that would be used by trade in managing and verifying global supply chain integrity. It will be composed of three sections - risk assessment, mitigation measures and an alert system.

"We understand that an industry-developed, industry-used best-practices guide is not going to solve the entire problem - this is just one of many things that we're doing," she said.

"But we think that in terms of trade, while we're pursuing an increased budget in the [2018] Farm Bill for the National Organic Program or we're looking at regulatory changes that could tighten up the system...we can also bring together companies representing various sectors with years and years of experience and we can look at supply chains. Where are the gaps, and where are the constraints?"

Wyard is chairing the task force, which is made up of around 35 OTA members including farmers, processors, retailers, consultants and certifiers. They will be looking at all categories of organic products, including fruits and vegetables.

"It’s probably the largest task force we’ve ever had, which really speaks to just how critical the issue is and how critical the members are in participating and really tackling this issue," she explained.

The group recently held its introductory meeting, and Wyard said they would be working through the summer with the goal of coming up with a first draft in September. The next phase will be adoption and implementation of the guide.

"We've divided into subgroups, and we have one that’s bringing together all of the best practices that they currently use within their companies for supply chains," she said.

"Task forces are one of the few different vehicles that we use to engage our members and to help inform policy, decisions and actions that we take as a trade association," she said.

While she said organic fraud seemed to be largely an import issue at present in the U.S., the focus would be on the entire supply chain's integrity from farm to buyer, and the best practices guide would therefore apply to both domestic and international transactions.

"You need to make sure that the right product is connected to the right document, that everything’s in place. That’s what the certification system is there to do," she said.

"It’s the checks and balances, making sure that what comes off the farm is organic and whatever its final destination is, in its final form, it's still organic."

"There just isn’t any allowance for fraud. It can’t be tolerated, and I think that’s the view that everybody’s taking. We’ve got to solve the problem because it takes the value out of the organic chain, it hurts the organic farmers and it impacts consumer trust."

Wyard said the OTA was also seeking a one-time US$5 million upgrade to move the NOP's paper-based international oversight system to an electronic one, which would make it easier to achieve full traceability.

U.S.: Organic certifications for hydroponics to be key topic of NOSB meetings