The Indian table grape export season is expected to wind down earlier than normal this year, in part due to strong domestic market conditions. 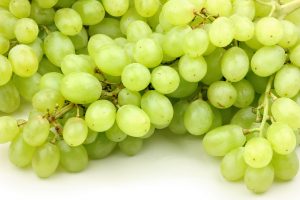 Monsoon Fresh director Pravin Sandhan said local market prices have been relatively high this season and were expected to increase further during March.

"We see the fruit getting short after mid-March," he said.

"Exports will still go on until around mid-April, but the volumes will be significantly lower for the last three weeks of the season."

By comparison, he said that on a typical year peak volumes would normally be packed until the first week of April.

He said one of the reasons for the strong local market was that much of production had been affected by unseasonal rains late last year. The adverse weather also reduced early-season export volumes.

Year-on-year, Sandhan said India had exported around 200 containers more to Europe this season, although he said this was mainly the result of harvest timings than increased production.

On the European market, Sandhan said the Indian grape deal had been much more positive this season than last year, when heavy suppliers led to low prices.

"This season has been a season with very good eating quality of the fruit, very good sugar levels and very good sizing. This season we see a very good consumption in Europe," he said.

He also said there had been lower white seedless grapes from South Africa.

"We don’t see significant stocks in Europe at this moment, but with this cold weather going on, maybe for two weeks there will be some effect of that [on demand]," he said.