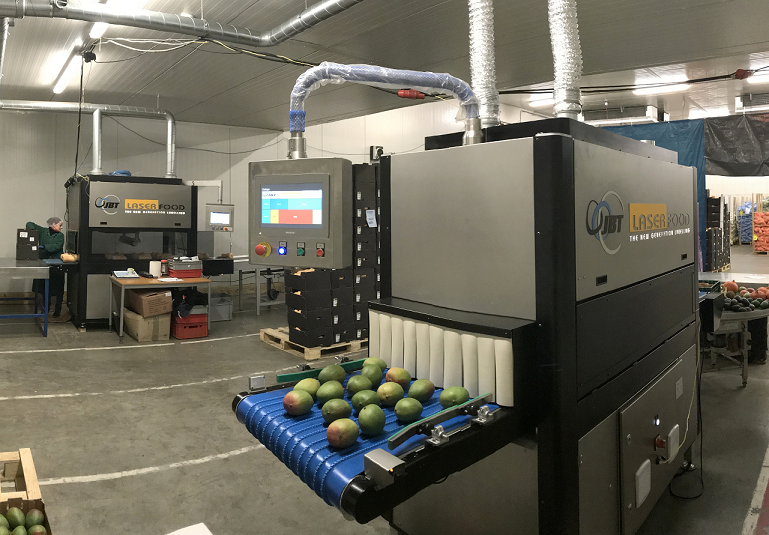 Spain-headquartered Laser Food looks set for a major expansion across Europe during 2018, following significant progress in the roll-out of the pioneering technology in leading markets.

Spearheaded by Laser Food customer Eosta, laser-labeled produce is now available for retail sale in Germany, the Netherlands, Sweden, Belgium and Denmark, with France likely to be added to the list this year.

The technology’s growing acceptance has also sparked global interest from companies from Canada to China and Japan, the company said.

Laser-marking of fresh fruits and vegetables, the eco-friendly alternative to traditional labeling developed by Spain-based Laser Food has spread across Europe over the past 12 months, with a growing number of major grocery retailers committing to the technology.

In the wake of Eosta’s successful roll-out of laser-labelled produce with Swedish grocery retailer ICA in late 2016, the Dutch organic produce marketer is now supplying laser-marked products to major retailers across Europe as acceptance of the system grows.

These now include Delhaize in Belgium, Rewe, Edeka and Netto in Germany, and Hoogvliet in the Netherlands. Additionally, Dutch retailer Albert Heijn is currently testing the concept, while roll-out with one or two grocery chains in France looks likely before the end of 2018.

Eosta invested in a Laser Mark machine in 2016 after meetings with the Laser Food team - a decision that was motivated, according to Eosta’s packaging expert, Paul Hendriks, by strong interest from grocery retail customers.

“We put it to some of our customers and two of the biggest supermarkets in Europe were very interested in pursuing this, and that resulted in us putting the first laser-marked products into stores of Swedish supermarket ICA by the end of the year," he said.

Beginning with avocados and sweet potato supported by an explanatory leaflet, Eosta has since expanded to also export laser-labeled butternut squash to the Swedish chain.

The products form part of a range of 10 products that Eosta markets under its own Natural Branding label, which include mangos, ginger, pumpkins, cucumbers and courgettes.

Since the introduction of the laser-marked fruits and vegetables with ICA, Hendriks said the response from both consumers and other retailers had been overwhelming.

“It exploded on social media and we have been overloaded with positive comments,” he said.