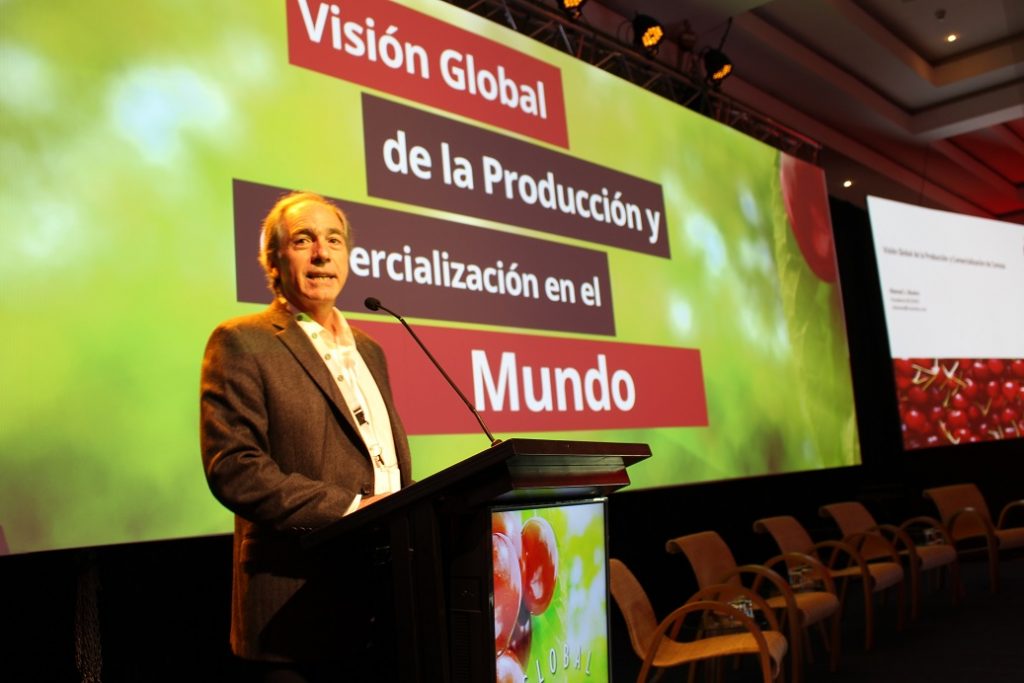 "Chilean cherries are not just competing with Australian and New Zealand cherries. Chilean cherries are competitors of all the fruits in China," said Fruitday co-founder Loren Zhao during yesterday's inaugural Global Cherry Summit, held at the Sun Monticello casino, an hour's drive south of the Chilean capital Santiago

He said large and concentrated arrivals of the fruit, which doubled this past season to reach close to 162,000 metric tons (MT) in the Chinese market, tended to push down prices for a wide range of produce items. 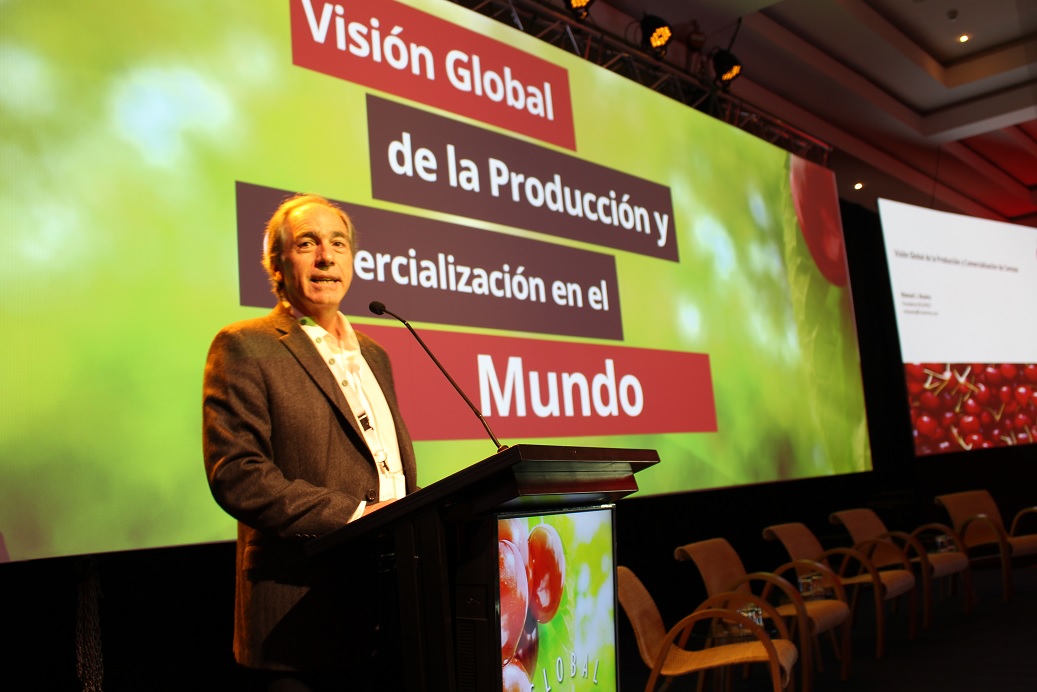 The weight of this could be appreciated in light of forecasts made prior by Decofrut president Manuel Alcaino, who highlighted around 6,000 hectares of cherries had been planted annually over the past two years in Chile.

Based on average yields per hectare and the time it takes for orchards to enter production, the Chilean analyst made a prediction that output would double within four or five years.

Within Asia, China took the lion's share with 96%. South Korea almost doubled its imports to 2,641MT, but for Alcaino this was still disappointing considering high expectations for the market.

He described the past campaign as "extraordinary" both in volume and orchard returns, but it was also noted that for the first time cherry prices did not rise after Chinese New Year but rather dropped sharply.

As a result, Chilean farmgate prices for the highest-volume variety Lapin are "dangerously" approaching US$2.50/kg, while a very concentrated three-week harvest period for a large portion of volume is putting pressure on packing, services and labor.

The good news is that importers like Owen Ou of Riverking International believe China has the capacity to absorb this volume. 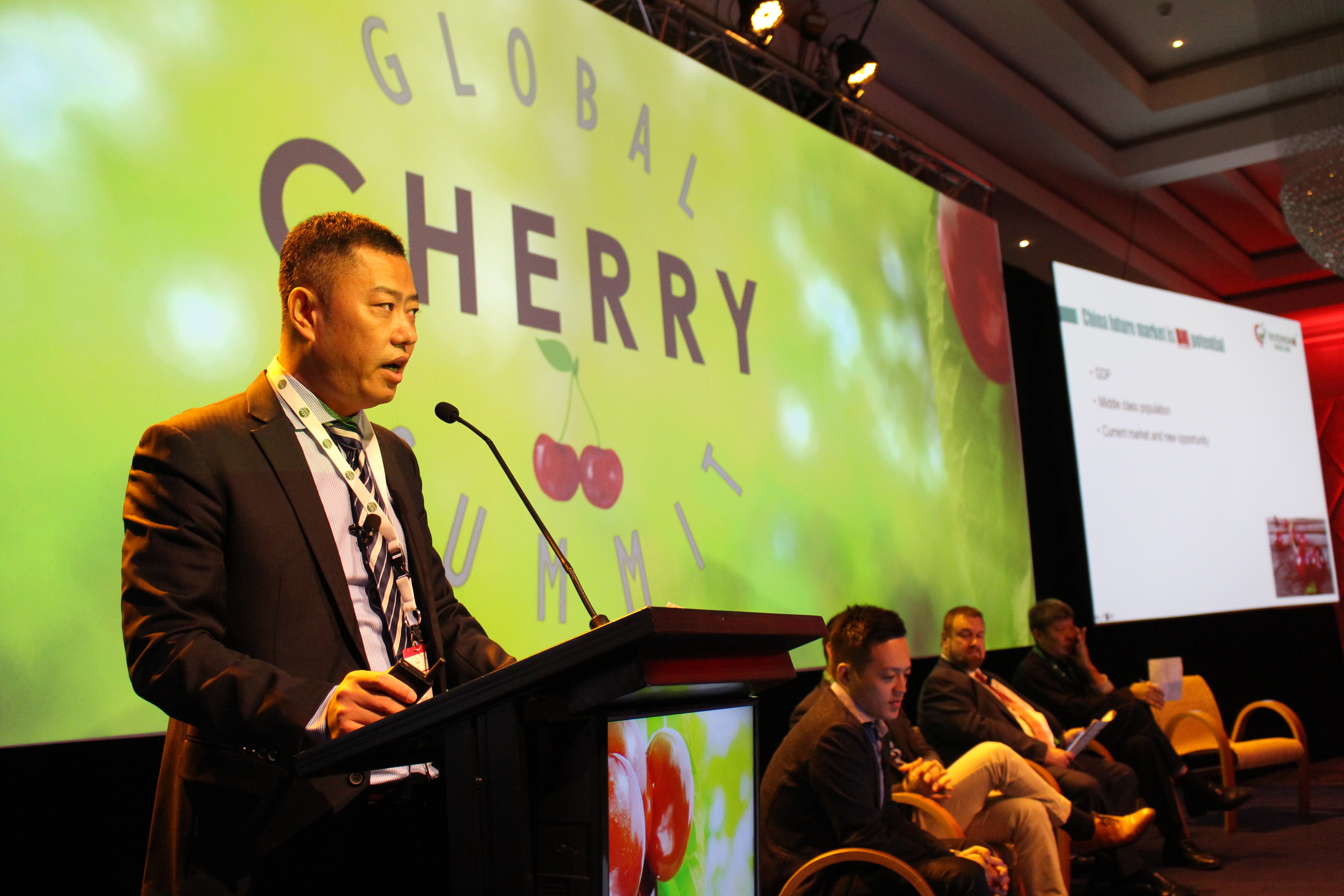 The executive remembered when industry players thought he was crazy more than a decade ago for even importing just one pallet of Chilean cherries. Much has changed since then and he urged the industry to look for the future; a future in which the Chinese middle class is forecast to grow substantially.

By his calculations per capita imported cherry consumption amongst China's middle class is currently just 0.55kg per year, and with expectations the size of that segment of society could rise to 630 million people, Ou thinks the industry will need 70 million boxes annually.

Of course great efforts will be needed to make this possible, with Ou giving the message to Chilean growers that the market needed shinier fruit, cleaner fruit and "no more Lapins".

He urged the sector to look to varieties that could service the Chinese market outside the now heavily concentrated harvesting window, and on the marketing side he questioned the commonly held wisdom that industry needed to sell directly into the Chinese interior.

Ou claimed this practice meant "everybody loses money", advocating a more stable system whereby exporters to ship to Beijing or Shenyang in the north, Shanghai in the west, Guangzhou in the south, and Chengdu or Chongqing in the west, and from there the wholesale marketers can sell to the second and third-tier markets with more pricing consistency.

Like Ou, George Liu of Frutacloud also pointed to important macroeconomic trends that could impact cherry demand. He emphasized that rather than focusing on slowing GDP growth, what was more relevant to exporters was increased levels of national resident disposable income.

He said the growth rate for this variable was on the rise, leading to a "consumption upgrade" for large portions of the Chinese population.

However, the market is changing and suppliers will need to adapt through a combination of the varieties they chose, how they ship, and how the sector markets and promotes cherries on social media and elsewhere, particularly with the help of celebrity endorsements.

"Cherries will no longer be a high-end product in the future, so you need to re-invent yourself," he said, adding the gap between low- and good-quality cherries would likely widen over time."

In his talk, Zhao also made a bold prediction that China would eventually be able to source cherries 12 months per year, with the help of domestic development and existing overseas key suppliers along with protocols in the works more recently for Turkey as well as Central Asian states like Tajikistan, the Kyrgyz Republic and Uzbekistan..