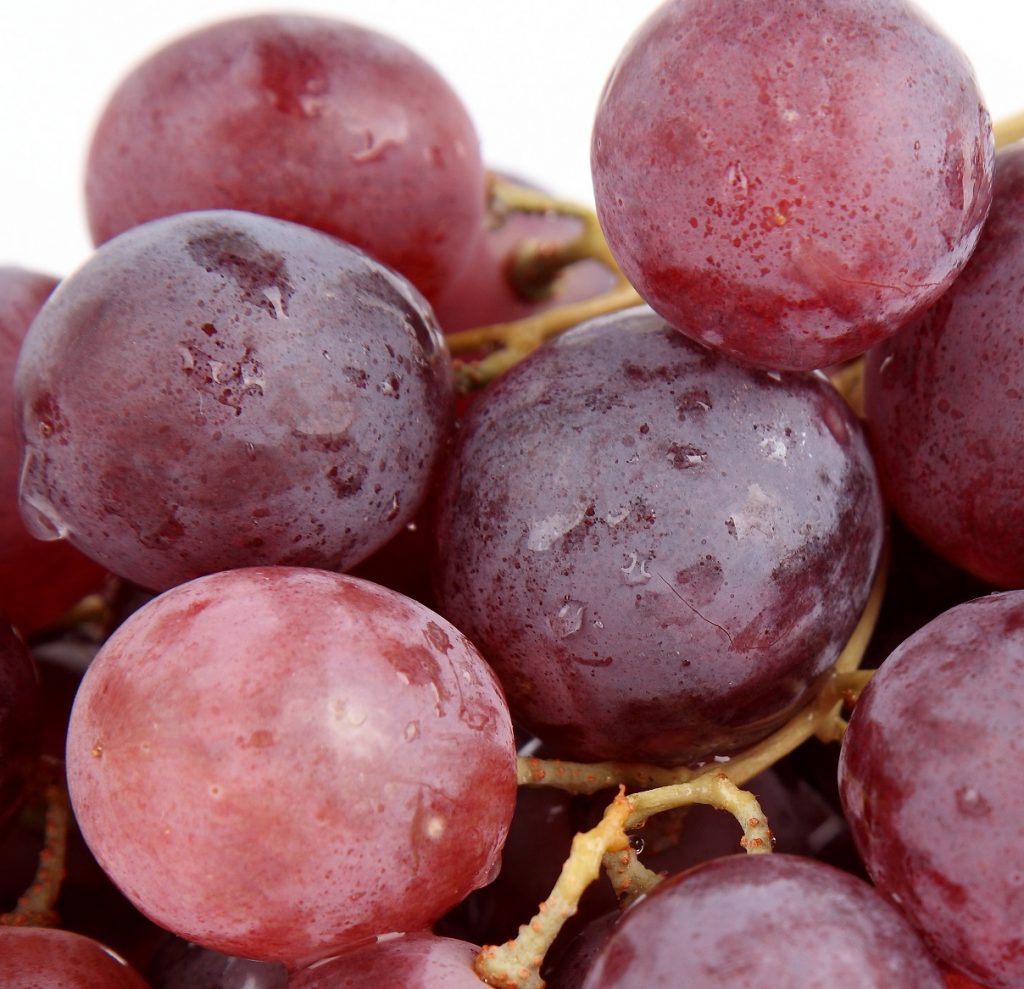 While significant promotional activity has taken place in North America and globally to move a huge Californian table grape crop, large inventories presage what one importer describes as a "tricky early import season" ahead for South American fruit. At Freshfruitportal.com, we hear from a few key industry players about their views on what to expect for the coming months.

And with Vanguard International chief business development officer Dirk Winkelmann highlighting Peru's global grape shipments were up 40% year-on-year to 3.4 million boxes as of Oct. 31, it seems the industry will need more contortionists and magic than ever before.

"The California Grape industry will continue to promote heavily through the fall and winter months. Weather and the efficacy of those promotions will determine how stocks will move for the remainder of the campaign," says Winkelmann.

Winkelmann says if the quality of Californian table grapes can hold, harvests could still go on for more than a month.

"So it’s certainly possible that we will see some stock going into January," he says.

"California has had a great growing season-weather conditions made for almost "perfect" growing weather which resulted in an excellent crop," adds his colleague at Vanguard, CEO Craig Stauffer.

Pandol forecasts the total crop might even be 10 million more boxes than 2017, all harvested in one week less.

"The amount remaining to harvest and the amount of grapes sent to processing are also higher," he says.

"There is an urgency to move grapes to market fresh. Fresh grapes drive demand at retail and that is helping. Storage is seldom a solution to big crops.

"Prices both FOB and retail are lower. Retail promotions have been robust, including one week where half of the stores in the USA sample were on promotion with black grapes."

Pandol explains one of the biggest differences this year versus 2017 has been the awareness of the situation. Last year around the time of the Produce Marketing Association (PMA) Fresh Summit in October, many Californian shippers thought the late market would be stronger and slowed down.

"That turned out to be a "Market Mirage" and there was no pot of gold at the end of the rainbow, only cold stores full of aging grapes. There is a sense of urgency but not panic," he says.

"And even those numbers can be a little misleading because there's still fruit being added in the sense that one, picking has not actually finished, and two, it’s not clear if this captures everything that has been picked.

"The numbers will reduce week to week because I think they’re still consuming more grapes than are coming into the system. But it’s a massive crop."

Greenberg prefaces that as an importer his company isn't involved in the Californian table grape deal, but his general observation has been that movement over the summer was "sluggish" and prices were not especially high.

"Nonetheless, retailers like the product. As an importer, we're cognizant of the fact that unless we have a home for imported fruit in these circumstances we’re really loathe to bring in fruit to sell speculatively to retailers that may not be ready to transition over to imported sources until mid-to-late December, perhaps not until January," he says.

"We’re not alone in thinking that we’ve got to be really careful in how we move forward – the only fruit that we have coming in now is fruit that is programmed for a customer that is committed to that fruit.

"We and our fellow importers are pushing back and saying right now to the Peruvians, who are producing a lot of fruit, 'don't ship'."

Greenberg says Peruvian exporters are finding other markets in response.

"They're more focused on Europe and the U.K., knowing though that when South Africa gets up to speed and really starts getting into its harvest which I presume will happen in the next couple of weeks, they’re going to need to find other markets,

"It looks like it’s going to be a very tricky early import season for the South Americans in North America."

Pandol says most retailers are planning to transition to Peruvian grapes later this season.

"California always has a few million boxes sold after January 1, and I speculate there will be more this year.  The late season fruit increasingly is harvested into holding totes and fresh packed to customer specification immediately before dispatch.

"Retailers also know the ports can be problematic around the Christmas and New Year holidays and the logistics from California are more reliable."

Greenberg echoes Pandol's comments, emphasizing that as California has produced varieties that do well and can stay in the market for longer, Capespan North America has normally started its first imports a couple of weeks before Christmas, mainly with red seedless and some white seedless.

"This year we’re not as bullish on the pre-Christmas market," he says.

"The problem is predicting when that’s going to happen."

Greenberg says the situation is unnerving for Peruvian growers because as an importer he isn't prepared to make promises he can't keep.

"Today it’s almost impossible to predict what you can do with a container of imported fruit."

The situation is a bit different for Vanguard International as it has its own vineyards in Peru's central Ica region through farms from Challapampa it acquired in 2016.

Vanguard CEO Craig Stauffer says Peru is off to a great start, and the grape category overall is set to enjoy "unprecedented promotional activity" as global supply is "plentiful to fill the needs of every global market".

"The Northern growing areas – Piura and Lambayeque should finish harvest early January. The Southern growing region of Peru – Ica where Vanguard Challapampa vineyards are in brilliant production - will starts harvest in Week 46 (mid to late November)," he says.

Winkelmann says the biggest increases in Peruvian volume are coming from the traditional varieties Red Globes, Crimsons and Sugraones, while Sweet Globes continue to be a "market darling".

"Shipments from Peru to the USA are also up on last year with Sweet Globes also getting a lot of the early action.  No surprise here as Sweet Globes are leading early exports with a lot of equally spectacular varieties coming along," he says.

"With harvest dates delayed somewhat in Peru and “normal” harvest dates in Chile it is very likely that we will have California, Piura, Ica and III region from Chile all looking for their place in the market."

"No doubt we are going to see some “new” trade lanes carved out as Peru and Chile look to “ up their game “ into the EU and the U.K. which were "traditionally" South African-dominated markets," says Stauffer.

"There will be new partnerships formed this year and again, the ultimate winner will be, we hope, the grape category as a whole. These new varieties and new supply chains are perfect for enticing “new “ consumers into the category."

While Peru's rise to prominence and its timing warrant attention, it is worth noting Chile is still the world's leading grape exporter. In 2017 the value of its exports were almost double that of Peru, and a third higher than the world's second-largest player - the USA, principally California.

Chile has also historically been very reliant on the U.S. market, generally selling close to half its product there. But last year that percentage was down to around 44%.

"The Chileans have been more reliant and have less traction in other markets than do the Peruvians," says Greenberg.

"The Chileans also have the added burden of they traditionally ship a lot of Flames early on in the piece, and those Flames are being met with increasing disfavor – people are more interested in the Peruvian Crimsons and in the new varieties than they are in Chilean Flames."

He says that as the earliest Chilean Flames have traditionally not sized well - even though quality has been fine - the variety as a whole has been "discredited".

"So a lot of Chilean Flames that used to come will not come, not because they’re going to go somewhere else but because they’ve been pulled out.

"We'll see a reduction of Chilean Flames coming out of Copiapó and Coquimbo this year, but there will be Chilean fruit shipped."

Chile's table grapes have been affected by a recent hail event but the extent is as yet unclear. It is expected that the bad weather has cut the walnut crop in half and that the cherry sector could have up to US$100 million in losses.

An export reshuffle from California

Apart from having a large crop, the Californian table grape industry has also had the challenge of tariffs in China this year. But it appears a diversification strategy has helped soften the blow

"Certainly, tariffs have had an impact in China and Hong Kong, but other export markets increased volume," says Stauffer, citing Australia, Japan, Malaysia, Mexico, New Zealand, South Korea and the Netherlands as examples.

"Overall exports are reported to be down less than 8%."

Pandol's comments are similar, highlighting that export numbers through to the end of September were "basically the same".

"California exports to about 50 countries; some are up, some are down," he says.

"Of the major markets that have increased versus last season, Australia and Mexico are way up. China and Hong Kong have seen a decline."