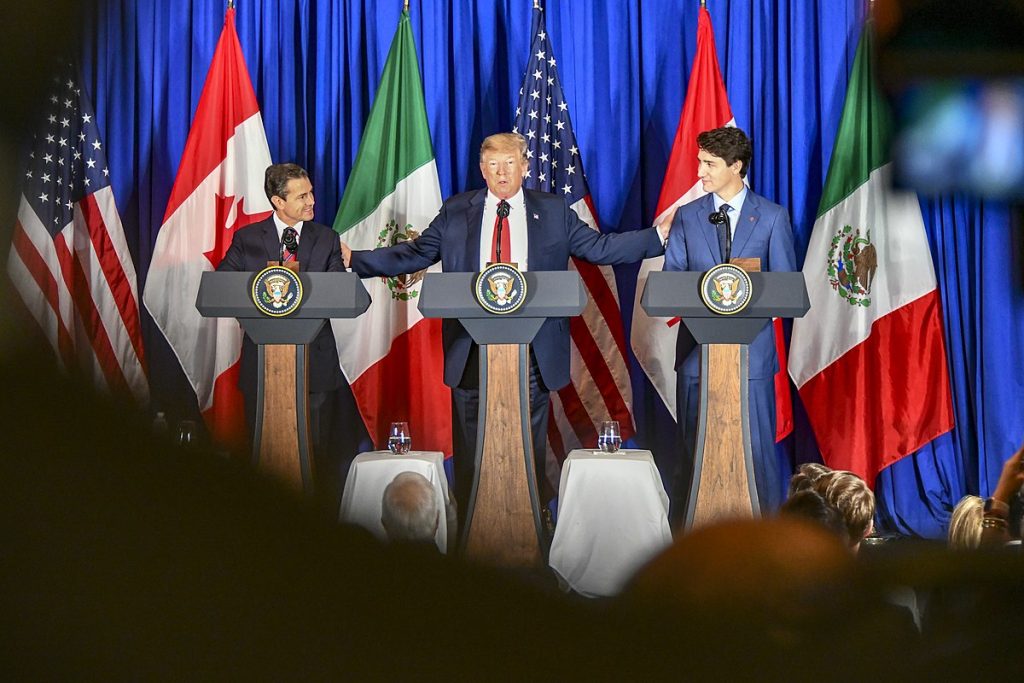 The Mexican Senate approved a new North American trade agreement (the USMCA) on Wednesday, making Mexico the first country to ratify a deal that U.S. President Trump has touted as his signature trade achievement, said The New York Times.

“Mexico takes the lead, with clear signals that our economy is open,” Jesús Seade, Mexico’s top trade negotiator, wrote on Twitter, celebrating the Senate’s approval of the bill.

“We trust that our partners will soon do the same thing in the interest of a strong North America, with clear rules, that is stable, competitive and attractive for investment,” the publication quoted him adding.

The new agreement is a modified version of the 25-year-old North American Free Trade Agreement (NAFTA), which has brought the Mexican and American economies closer and made Mexican factories a crucial part of American production lines.

The accord was initially agreed on late last year by the leaders of Canada, the U.S. and Mexico. Yet, for it to go into effect, it has to be approved by the legislatures of all three countries.

The path to approval has been bumpiest in Washington, where Democrats in Congress have raised concerns over Mexico’s enforcement of labor rights and environmental law.

Meanwhile, the trade deal's journey has been "smoothest" in Mexico, noted the New York Times.

There, the nation's president has described the agreement as a guarantee of stability for his country’s economy.

Canada to ratify USMCA "in tandem" with U.S.

The Canadian government has introduced legislation on the new trade deal in Parliament, where it is expected to be ratified.

Chrystia Freeland, Canada’s foreign minister, told reporters in Washington last week that Canada intended to move “in tandem” with the U.S. in passing the legislation.

As for the U.S., however, Democrats have pushed back the Trump administration’s efforts to introduce the pact for a vote this summer.

House Republicans who support the USMCA will most likely need the help of two dozen Democrats to pass the bill.

In addition to the Democrats’ concerns about the deal’s labor and environmental provisions, they have criticized protections for pharmaceutical companies that they say could prevent future legislative efforts to make drugs cheaper in the U.S.

“I know the White House is eager to finish a new Nafta,” Bill Pascrell, a Democratic congressman from New Jersey, said in a hearing Tuesday.

“They’re trying to drive this thing across the finish line at 100 m.p.h.”