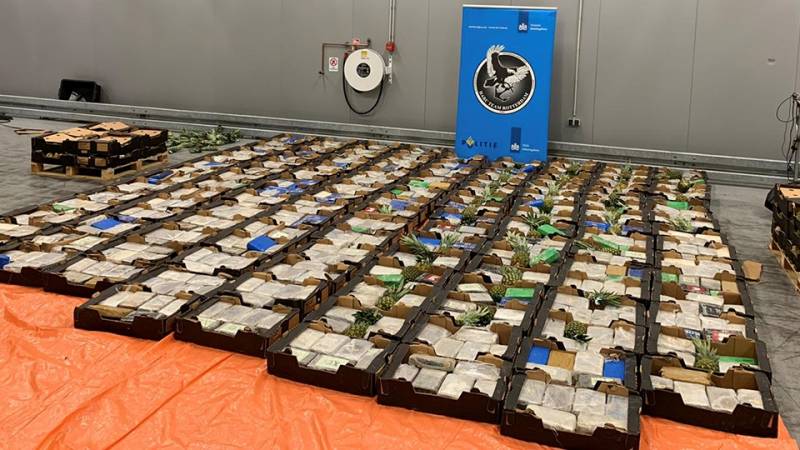 Two large fruit shipments resulted in considerable cocaine seizures in the Rotterdam port of the Netherlands.

Customs officials found over 1,500 kilograms of cocaine in one shipment and more than 3,000 kilograms in another with a street value of 115 million euros (US$135.7 million), spread over the two hauls.

The former was in a container of pineapples and was en route from Costa Rica to a company in Germany, according to Netherland News Live, while the latter was loaded with bananas from Ecuador.

The Public Prosecution Service announced that 12 employees of a Rotterdam container company have been arrested in recent months for allegedly cooperating in the smuggling operations.

The organization also reported that it was unlikely the companies for which the cargo was destined had anything to do with the attempts.

The HARC team, a collaboration of Customs, FIOD, Seaport Police and the Public Prosecution Service in Rotterdam will investigate all matters further.

According to researchers, only a small part of the 7.5 million containers that pass through Rotterdam every year are checked.

This seizure comes amid a recent drug bust of three metric tons of cocaine hidden in vats of banana puree at the same port.