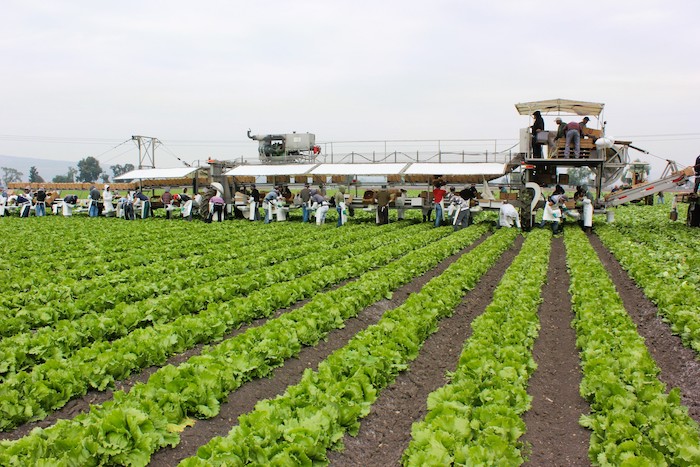 “The bottom line in agriculture worldwide is that agricultural production is unlike anything else. All the costs and risks are put in up front,” notes John Nakaoka.

Nakaoka is a business consultant operating Chualar, Inc. For many years working from Irapuato, Guanajuato, he’s advised vegetable growers with insights on sales and competition in global markets.

Beyond Mexico, Nakaoka, a native Californian, has worked in, and still tracks, economies and markets in the U.S., Canada, and Europe.

“Business has to be good for everybody,” for a successful economy.

“If you’re making widgets, customers might buy for the name or brand or a feature. But there are no features differentiating broccoli or lettuce. In growing, regardless of where you are, you’re dependent on Mother Nature. You have zero control. You can do all the right things until the week before harvest. And then you have rain.”

With this, or separately, don’t know what they will get paid because prices are set at the market.

Thus, in the fruit and vegetable industry it’s all about production costs, Nakaoka stresses.

“You have to have enough fertilizer and the right chemicals to control quality, insects and, to some degree, weather. Our business is about yields and volume.”

Growers have no control over agrochemical costs, which have risen 67 percent. Nakaoka added that fertilizer is up 43 percent, which is an indication of why inputs are growers’ top concern.

A specific concern for Guanajuato vegetable growers is the cost of transplants, which are used for most plantings. This year that cost is up 26 percent.

Declining computer chip production globally is highly relevant, as these chips are integral to running “all our sophisticated machines and tractors in the fields. If a tractor has downtime, you can’t get in the field.  You need tractors to plow, use chemicals, harvest, and everything. Computer chips alone are huge” within the list of grower concerns.

Even of greater concern are labor, diesel, and packaging costs.

Packaging is necessary because “it’s not possible to ship a bag of 24 heads of lettuce. But inherently, a box is of zero value. No one pays more because our box cost is up. In Mexico, all the boxes come from American manufacturers. Not only is that cost up but the cost of diesel to transport them. Boxes are up 36 percent. No one is going to give us more because our boxes cost 36 percent more.”

Cumulatively, Nakaoka said, “To break even from two years ago, we need 21 or 22 percent more. And if we get that, we’re not even ahead.”

He adds, “The biggest damage done to our growing industry was the officials assuring us these costs are transitory. They were not transitory! And they’re still going higher.”

“We expect nitrogen and fertilizer to escalate even more next year. This will only improve if the U.S. opens the spigots and ships oil and natural gas.”

As if these matters weren’t challenging enough, Nakaoka points to the precious wintertime vegetable production of California’s Imperial Valley and along the Colorado River in Yuma, AZ.

Some vegetable growers already had crops planted late this summer and word came of a mandated 21 percent decrease in irrigation water for Yuma. Going forward, those growers may be forced to reduce and-or move production of water-thirsty crops, such as broccoli and celery. With decreased supply, prices eventually must rise, and consumers will feel the squeeze.

Nakaoka wonders if the cut back will bring that needed 21 percent of extra revenue to growers.

Looking forward in the U.S. economy, “now we’re talking recession. You’d think inflation would slow down the economy. But the business media is reporting that this is not typical inflation. It’s not increased demand that is causing inflation.” But current inflationary trends are caused by a lack of resources and supply chain disruptions which have squeezed inputs and transportation costs.

“If a farmer deals with both rising costs and recession that’s a double whammy that is very, very difficult for small to medium-sized family operations.

“Our experience on the grower side is that consumers and customers are unaware of this phenomenon. This time around will sandwich many and catch people losing jobs and prices going up. It’s a very challenging situation.

But these are very real smoke signals of alarm.