In this installment of the ‘Agronometrics In Charts’ series, Sarah Ilyas studies the state of Florida’s citrus season. Each week the series looks at a different horticultural commodity, focusing on a specific origin or topic visualizing the market factors that are driving change.

Florida is on track to have the smallest orange crop in almost eight decades. According to the USDA Crop Production Report published October 12, the United States all orange forecast for the 2022-2023 season is 3.19 million tons, down 8 percent from the 2021- 2022 season.

In a similar vein, orange juice prices have surged as much as 4.9% to $2.00 a pound on ICE Futures US, approaching highest levels since 2016. The forecast from the USDA doesn’t take into account any potential impacts from the hurricane since the survey work for the report was compiled before it struck. The next forecast will be released on December 9.

Florida’s grapefruit production is also forecast to tumble by 40% from a year ago, according to the USDA. The Florida tangerine and mandarin forecast, at 700,000 boxes (33,000 tons), is down 7 percent from last year. It is likely that the USDA will slash Florida’s orange crop estimate further in the coming months once the extent of the havoc wreaked by the hurricane can be discerned.

Orange, Grapefruit & Tangerine Volumes in the US| From Florida 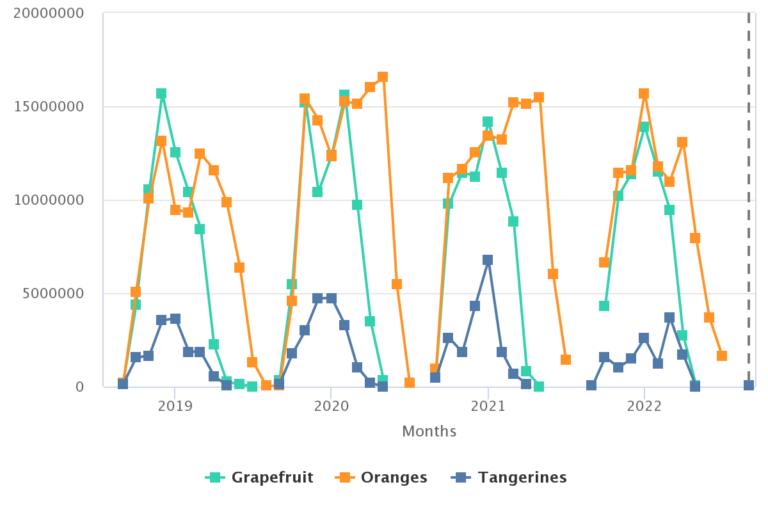 Growers are claiming that they’ve lost at least half their crop to wind damage. In some of the harder hit areas, it could be even worse, with reports of as much as 80% of fruit getting blown off trees on some farms. Citrus greening has already led to a slump in citrus acreage in the past 2 decades.

Climate change has been disrupting the dynamics of the global citrus industry, with severe droughts setting foot in Brazil and California. Falling US production will likely boost imports from nations such as Mexico. Southwest Florida citrus growers are witnessing conditions potentially worse than those after Hurricane Irma, which led to citrus production falling by more than one-third in 2017.

A dip in production will likely mean even more scarcity —and skyrocketing prices at the grocery stores. 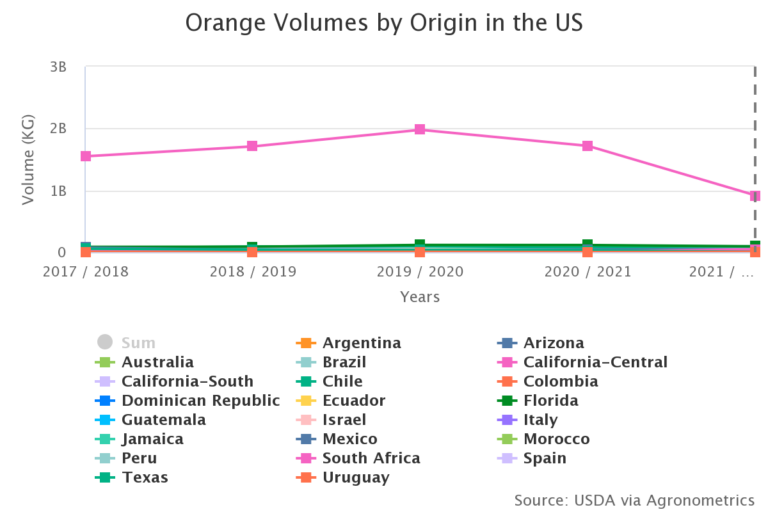 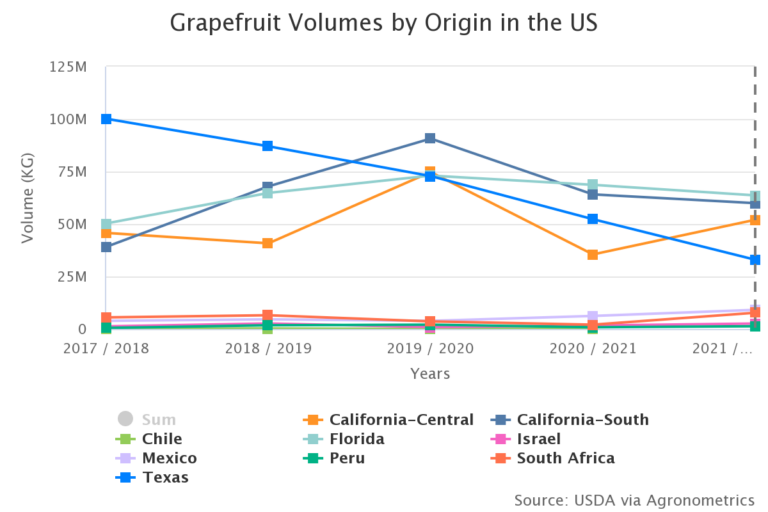 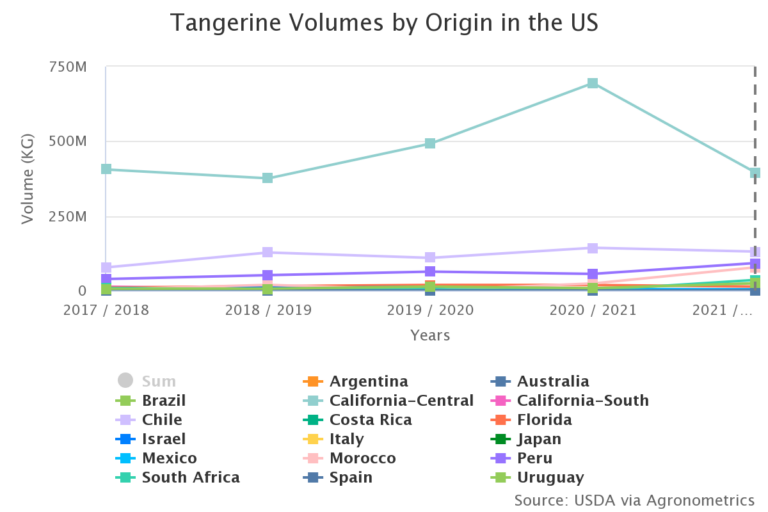