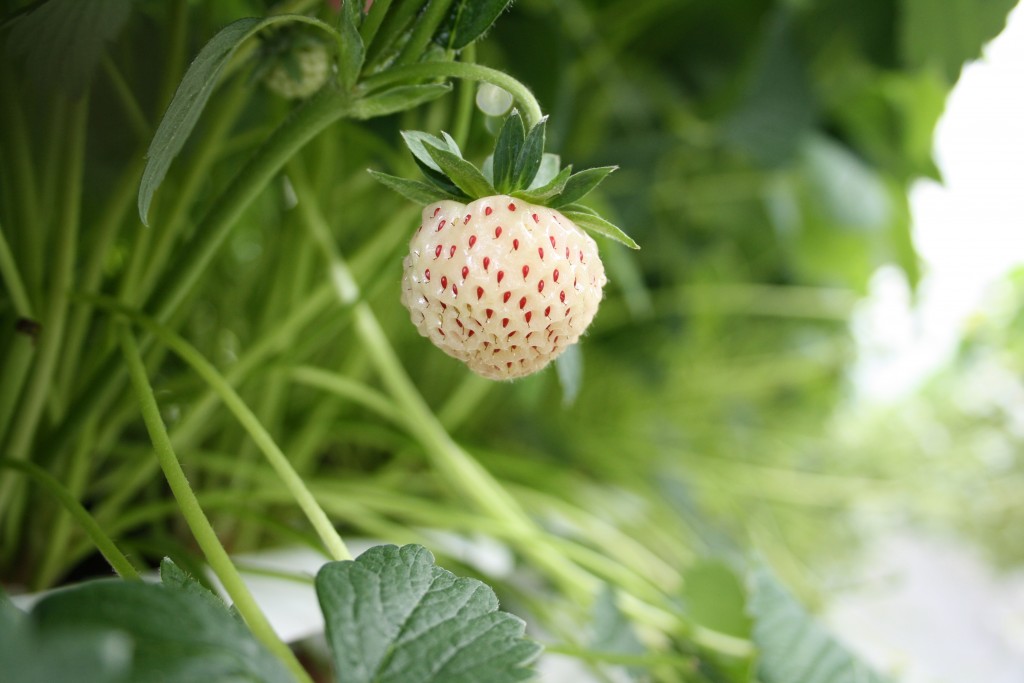 A Dutch berry grower, who was the first breeder and producer of the pineberries in Europe, is looking to increase yields of the niche fruit as demand for the fruit continues to gather pace throughout the world.

Wil Beekers first caught on to the potential of pineberries around 10 years ago when he began a breeding program at his Netherlands-based farm, Beekers Berries.

The first commercial volumes started in 2010 and six years later, he has around half a hectare under production to supply the European market and a new propagation agreement kicking off in Australia.

The Dutch harvest for this season has just started and will continue in batches until June.

"The history of the fruit goes back hundreds of years to the 1700s and 1800s when people grew white strawberries in South America, they didn’t know anything about red strawberries there, but in North America they grew red strawberries," he tells www.freshfruitportal.com.

"In those days both those species came over to Europe and there were crossings and from those crossings, we as northern Europeans, started selecting the red ones and from then on the focus was on the red strawberries only."

Beekers looked back to history to come up with his pineberry with a striking appearance and unusual flavor.

"The pineberries name is related to the flavor, although not 100% of consumers will recognize pineberries as having a pineapple-like flavor, but at least 50%, say they can taste that.

"They have a fresh, acid and sweet combination which is a bit like pineapples and that is not coincidental because the Latin name of strawberries is [Fragaria x] ananassa, so that’s truly the flavor.

"People sometimes think it’s a crossing between a pineapple and a strawberry which of course is out of the question, it’s a strawberry but the interesting aspect is about the flavor and appearance."

Once again, Beekers will be supplying British high-end grocer Waitrose and Dutch retailer Albert Heijn with quantities also going to the foodservice industry.

Previously, Russia was a big market for pineberries but since the European fruit import ban, Beekers has been exploring alternatives in the Middle East.

"We started harvesting in the last few days and this will continue until around the end of June but the main volumes are between March and June.

"In total we have close to half a hectare under production, but we carry out sequence planting so we harvest now in one batch then in two to three weeks we will start on the second batch and so on.

"There are another two on the way. If you just plant them once, you pick them for four or five weeks and then the season is over."

Altogether volume expectations stand at around ten metric tons (MT) which, does not sound a lot, says Beekers, but pineberries are still very much a niche product with a premium price tag.

"We are still working with Waitrose in the U.K. and Albert Heijn in the Netherlands and apart from that, all of the niche markets as the majority of the fruit ends up in the high-end food service area.

"In the past, a lot of the product was going to Russia but given the politics, that’s impossible now. That hurts us because they were the ones who had an interest year-round, especially in the fall, while the market at this time in Europe is smaller because it is a typical spring or early summer product.

"However, we have found other markets in places like Dubai to make up for it. Now we will also be supplying to Germany, a bit of Scandinavia, the Netherlands and the U.K. which are the driving markets."

Beekers says there continues to be excitement surrounding the pineberry with more consumers becoming aware of the fruit and a new market about to open up in Australia.

"Volumes have been slowly increasing every year but if we really want to increase yields, we need another variety with a better yield. That way we can start to offer a better deal to the consumer.

"As it’s a very low yielding fruit, the price is obviously much higher. The yield is around 15% of a standard strawberry, so that is very low and therefore there is quite a high retail price which limits sales, but there is always a lot of attention surrounding this berry which seems to be growing.

“We launched it now in Australia where we have an agreement with the company, Australia United Nurseries. There were some issues there for the first two or three years so it took a while as the original agreement began in 2011, but now finally they have plants and the fruit will be ready to supply to the Australian market."