Queensland-based company Naturo has received worldwide interest for a new breed of avocado processing machines that promise long shelf life, no additives and no noticeable difference in flavor. 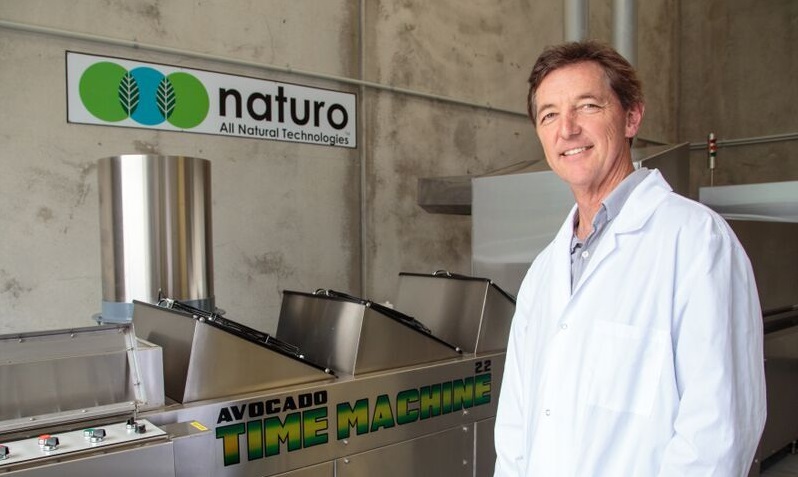 “It purely is a function of only natural elements such as pressure fluctuations, such as the industrial use of steam, it involves temperature variations and it involves time,” he told freshfruitportal.com.

“What we’ve been able to do is determine specifically how that enzyme works in avocado, and we’ve found a way of inhibiting it when it gets exposed to oxygen.”

The first commercial machine will be going out the door very soon, but Hastings emphasized interested parties would be able to see it in action at the Coolum Beach premises in June.

“The way the business model works is that we license the technology, and we also manufacture the machines that supply that technology,” he said.

“We have a manufacturer here in Australia that manufactures to order – as orders come in, which they are, we just simply have a typical manufacturing system of placing the order, the machine gets manufactured to the specific requirements of the customer in that country.”

Stacking up Natavo Zero to the competition

But how does the system compare to what’s already in the market?

“There are essentially two broad technology groups at the moment in processed avocados,” Hastings said.

“One is high pressure processing (HPP) – that is applicable primarily to pulp or puréed avocado and further to guacamole. The advantage of that is it’s a food-safe technology so it provides a pathogen kill, as does ours.

“There are a couple of negatives on HPP, all of which we’ve solved. One is the shelf life, as once the HPP bag is opened the pulp goes brown very quickly, within a day or so, whereas ours lasts for 10 days. 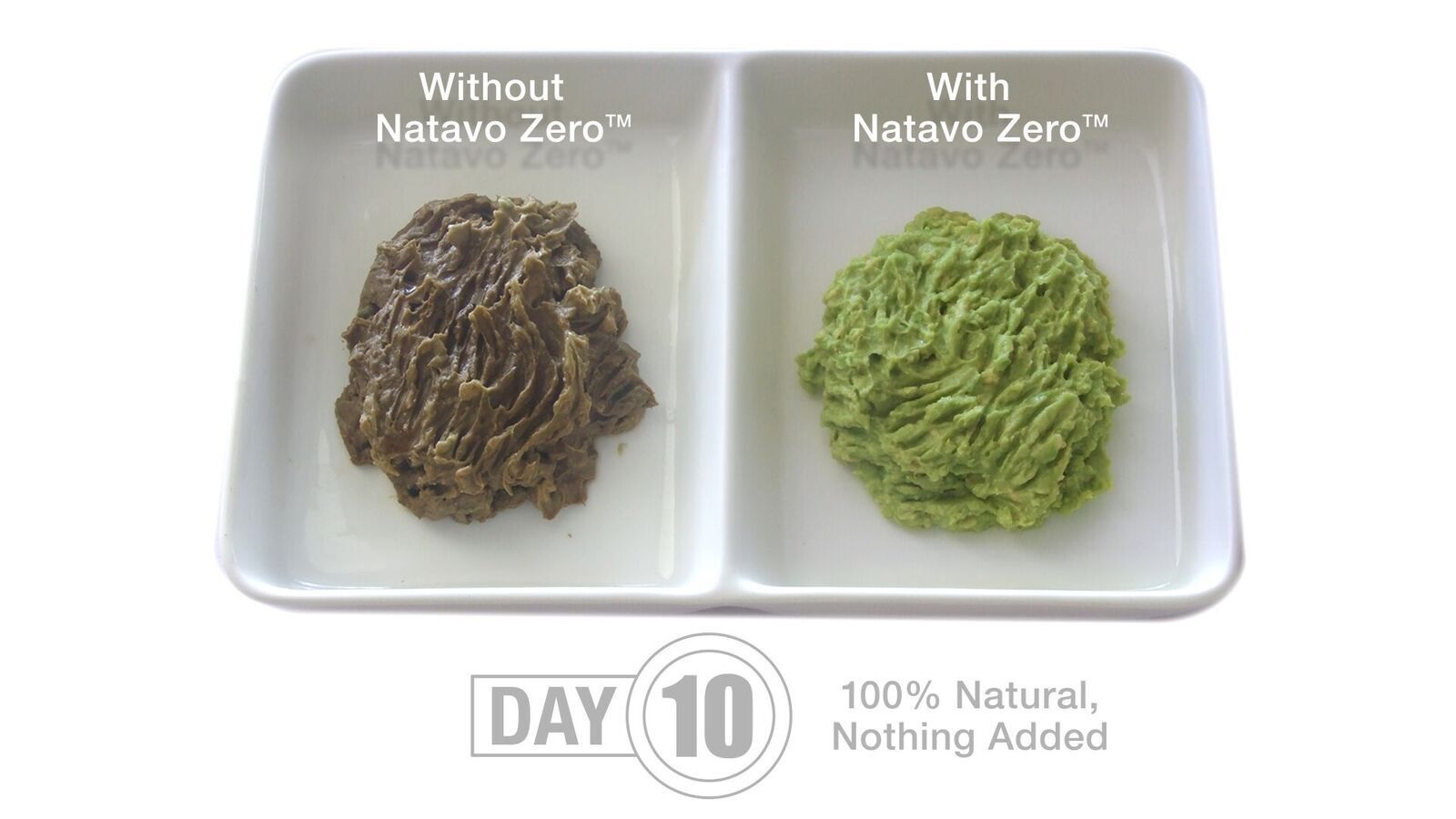 “The HPP bag has commercial implications wherever it resides, particularly in foodservice and QSR (quick service restaurants),” he said, adding HPP was also rather costly but had great flavor characteristics.

Natavo Zero keeps the flavor but tackles the shelf life issue. Hastings said it could last one or two years in a frozen format, 30 days once defrosted, and a further 10 days once opened.

He said the other existing category for processing included adding chemicals through the use of preservatives, antioxidant dips or acid baths.

“In principle it’s a good approach and I’ve done this on many products in the past, but the reality is it changes the taste characteristics on the sliced avocado; it adds chemicals and consumers are not wanting any chemicals.

“The added major disadvantage with that technology, particularly in the USA but throughout the world, is it doesn’t offer a food safety step.”

“The Natavo Zero technology picks up the best of all those technologies, from HPP to the acid dips, and that is we have the shelf life, there is an in-built food safety step which has been proven. We actually engaged an independent laboratory in America to do it for us, one that’s recognized by everybody.”

When asked whether manufacturing would take place outside Australia, Hastings said Naturo was considering international options.

“My business partner Frank is heading to Europe on Sunday, and he’s investigating other possible approaches or strategies out of Europe, and we’re very fluid on that question.

“We’re aware of the demand, we’ve received plenty as you’d imagine, so we’re just going through that now.

“We’ll make sure the manufacturing meets demand, whether that’s only manufactured out of Australia, or Germany, or other countries.” 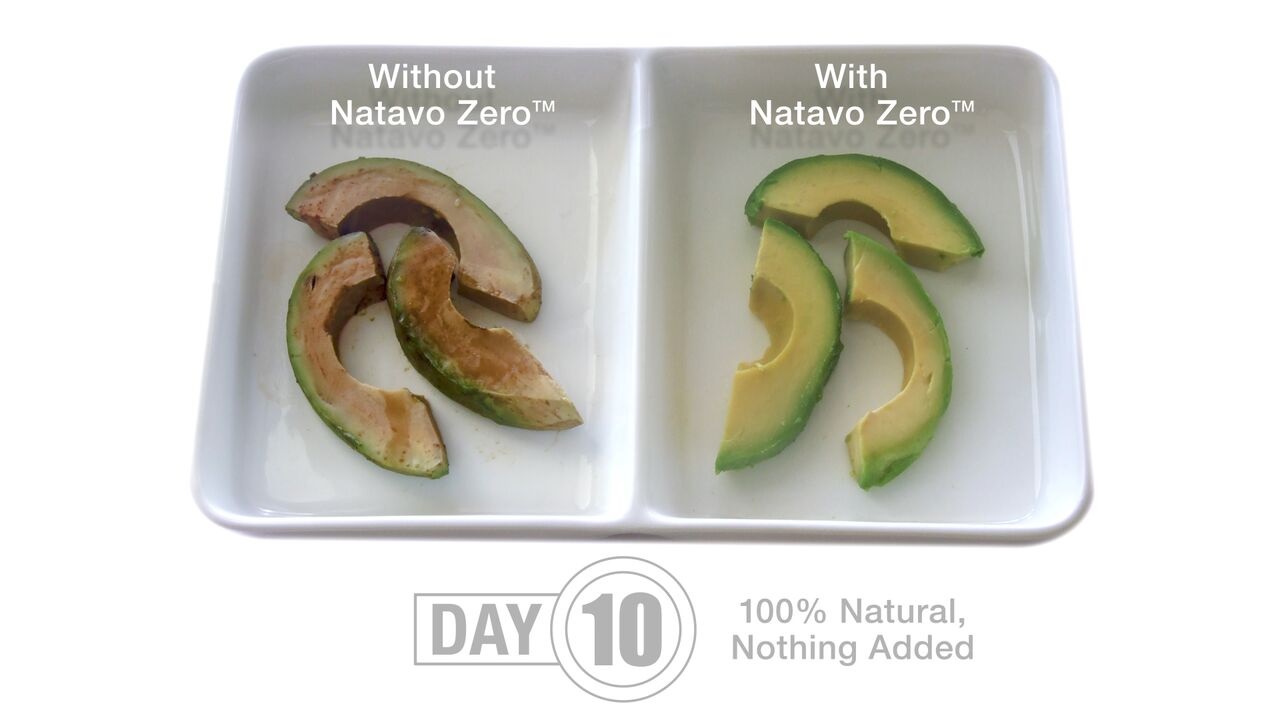 Hastings highlighted consumers in many parts of the world, including parts of Europe and Asia, to date had not truly had access to good avocado quality.

“If we can shoot for consumers in Europe, this means they can purchase the product from the supermarket and they can have it in their fridge for a week or more, taking four slices today for sandwiches, six for a salad tomorrow, or whatever they want to do.

“It gives them access to quality and they can actually see the fruit - there’s no skin involved. We see a terrific upside for those kinds of markets, not only in Europe, but Asia.”

He says the technology could also potentially help take some volatility out of the avocado market.

“In Peru, if you’re an avocado grower and processor, generally your whole season is 3.5 months, so what this technology is allows is you can process everything in that period and then feed it out over a 12-month window, so you have year-round supply,” he said.

“Equally, the same thing applies to processors being able to utilize class 2 or second grade fruit – there’s nothing wrong with the fruit but the skin is blemished or the skin has been rubbed, but we take the skin off.

“This allows growers to capitalize on that aspect, they can process it when the price is right for them, and they can feed it out to the world as and when they need it over a 12-month window. Through those two aspects we would see a stabilizing of these price peaks.”

With the growth in the fresh-cut category, avocados are certainly not the only produce item that has moved heavily into the processing arena. So the big question is, will Naturo be using the same enzyme inhibition technique to preserve other fruits and vegetables?

“We’ve been so busy on avocados that we haven’t had a lot of time to be honest. But the other answer is yes we are, we’ve had several enquiries in the last two days from all over the world.

“We’re looking at all kinds of fruits at various people’s requests.

“There are several things in the R&D lab and we would see starting with those this year, but as for which ones it can do, at this stage it’s an avocado technology until it can prove it’ll work on other products.”