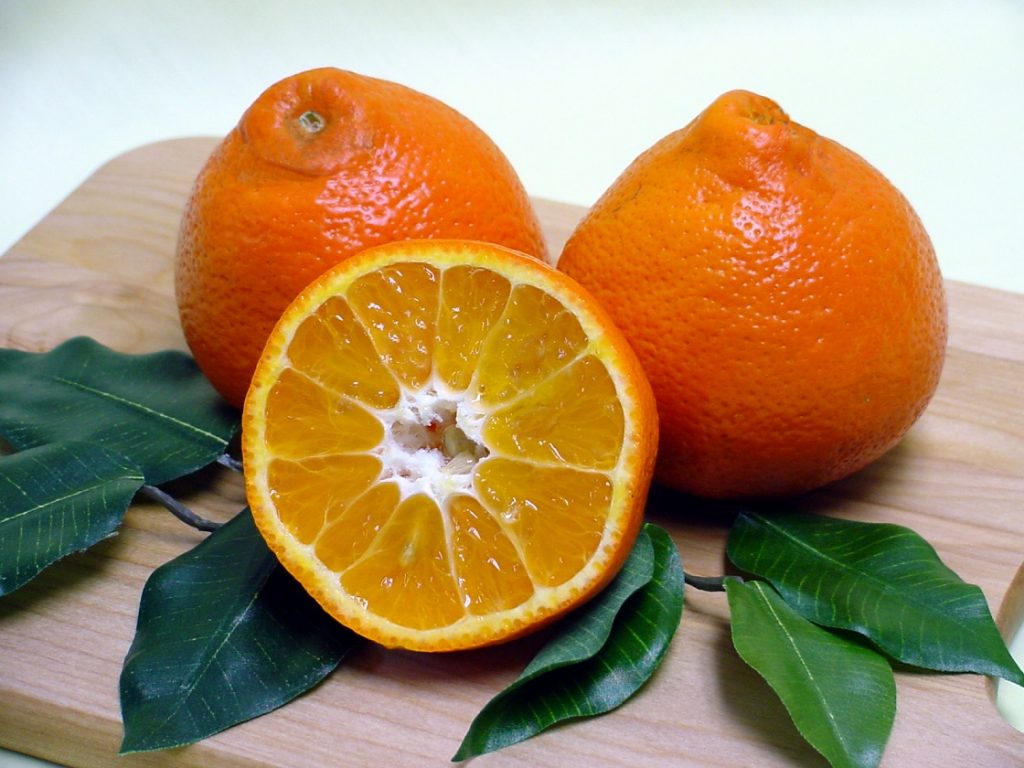 When the hybrid mandarin Sugar Belle was launched in 2009 and planted by a single grower, no one knew about its greening tolerance.

Much has changed since then, with interest growing rapidly in the U.S. and overseas.

The LB8-9 cultivar developed by the University of Florida (UF), more commonly know by its trademark Sugar Belle, is a conventionally bred variety resulting from a cross between a clementine mandarin and a Minneola tangelo.

UF citrus geneticist and research foundation professor Fred Gmitter told Fresh Fruit Portal it was a cross made by his predecessor decades ago but had never been picked out from the field as anything special.

The Sugar Belle was officially released in 2009, but its resistance to citrus greening, which has devastated the Florida industry, was unknown at that point.

Gmitter explained it was released mainly to be sold in the Christmas gift market, which up until that time was dominated by the Minneola - or Honeybell - due to its attractive appearance.

"The problem is that the Minneola matures in January, so they were selling fruit that looked nice but it wasn’t exactly the optimum eating experience," he said.

"The Sugar Belle resembles the fruit of Minneola substantially - it’s got the same shape, a little neck at the top, it actually has better color and flavor, and it matures about four to six weeks earlier than Minneola."

Other reasons behind its release included resistance to another fungal disease, thereby reducing the need to apply fungicides, and the fact it always performed highly in consumer taste tests.

However, the Sugar Belle was released at a time when interest among Florida growers in plantings new varieties was waning.

"It was the worst possible time in the history of Florida citrus to release a new variety, because it was the time when our industry was hearing about greening disease spreading dramatically in Florida," Gmitter said.

"Our growers were hearing dire predictions that they would be out of business in three to five years because of this disease and so there wasn’t a whole lot of incentive to get excited about planting a new fresh fruit variety with all the uncertainty, as well as the need to develop a new market for it and so on.

"So no one planted it, except for one innovative grower who planted over 100 acres."

Two years after planting, the grower's trees had become infected with HLB. However, the grower decided not to remove the trees but rather see what would happen, Gmitter said.

"What happened is those trees, that have all been infected with this disease from very early in their lives, continue to be productive and reasonably healthy, demonstrating substantial tolerance to the disease," he said.

"So we released it in 2009, and low and behold now we see a variety that many growers will tell you is probably the most resistant thing to this disease that we have available right now."

He pointed out it would not be able to solve the problem of the orange juice industry as regulations would prevent a mandarin hybrid being sold as such, but undoubtedly offered a new option to the struggling citrus sector.

"It’s not an industry-saving event per se, but it’s something that some growers now are looking at and are planting," he said.

"They’ve seen its performance now in a few areas in Florida and they think it’s a variety they can grow, that will survive and hopefully make makes them some money at the end of the day."

It's currently planted in the Sunshine state on a "small-scale", but Gmitter said data from the state's budwood registration bureau indicated it was now the second-most propagated of all the mandarin varieties.

The plantings may be relatively insignificant compared to oranges, but Gmitter highlighted that "in terms of mandarin production in Florida, it’s a big deal."

He said interest in the variety was now growing rapidly in Florida, where even some growers who had been solely focused on the juicing sector were now expanding their business scope to fresh fruit.

"Our industry has been built on sweet orange juice, and the fresh fruit business was always around 20% of the rest of the giant that we have here. But with the declines in production of 60-70% over the last 10 years, things are changing in Florida," he said.

"The amount of money you can make on fresh citrus has always been substantially higher than on juice oranges, so if you’re making more money you can afford better care of your orchard in trying to mange the HLB disease. So there are some who might argue that this might be our future. I don’t want to say that it will be our future, but it’s a future that one can imagine."

Interest in testing the variety has also cropped up in California, South Africa, South America, China and Turkey, although Gmitter highlighted international interest was largely driven by fruit quality and harvest dates rather than disease resistance.

"The interest in Florida has been almost exclusively associated with the HLB tolerance and that’s really taken off in the last three years," he said.

The variety will have seeds if it's grown with a lot of cross-pollination, the representative said, but if it's produced in a soil block the number of seeds will be dramatically reduced.