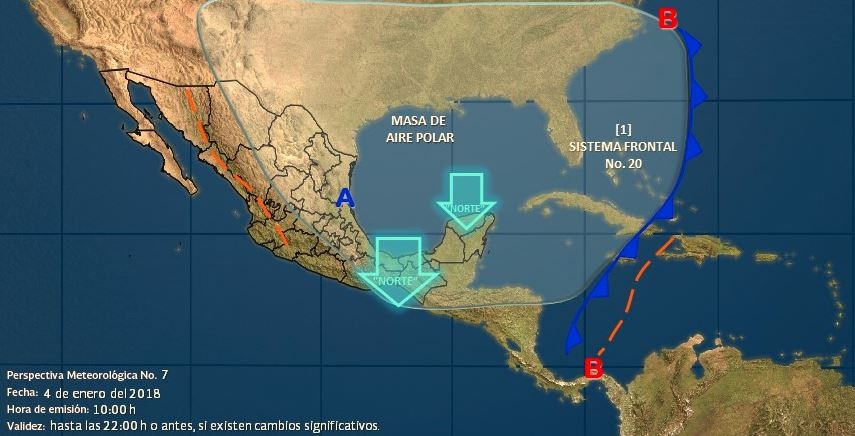 Mexico's cold snap is having varying degrees of impact on the country's fruit growers in what is a large and geographically diverse country, but at this early stage some traders have been able to form an idea of the phenomenon's implications for supply.

Melissa Hartmann de Barros of Florida-based importer HLB Specialties told Fresh Fruit Portal the cold weather in Michoacán was not causing damage to the blooms or trees in papaya orchards, but was "indeed slowing down production".

"Since our papaya production area is closer to the Pacific, the cold is not affecting us as much as in regions in the north and Mexican Gulf area," she said yesterday.

"When temperatures get below 16°C for a prolonged period of time, the plant goes dormant. This means that the roots don’t transfer enough nutrients to the plant and the fruit doesn’t ripen."

She said this meant the metabolism of the plant only worked for a limited number of hours, thus not allowing the fruit enough time to mature.

The executive added limes were usually slow at this time of year, but production was now even slower than normal.

"These crops are closer to the coast (Veracruz), so the cold is affecting limes more than papayas," she said.

Jim Donovan, senior vice president of global sourcing at avocado company Mission Produce, yesterday said there had so far been been no issues or impacts in the avocado-growing states of Michoacán or Jalisco.

"Of course the severity and size of the cold front is concerning. Logistically we have not encountered too many issues on the Mexico side," Donovan said.

"Certainly on the USA/Canada side it has created a little slow down but not major yet."

Nissa Pierson of Crespo Organic yesterday said the weather so far hadn't been so bad for mango crops in the western and southern parts of the country.

"We haven't experienced any weather so far that has been too cold or would create any adverse effects on the mango crop in any of the regions like Oaxaca, Chiapas, Nayarit and Sinaloa," she said.

"My last update I received on the crop was yesterday and weather has been cooperative and the crop is actually looking very nice and fruitful."

Other states such as Sonora, known for its table grapes, have actually seen a warmer winter than usual. Click here to read more.