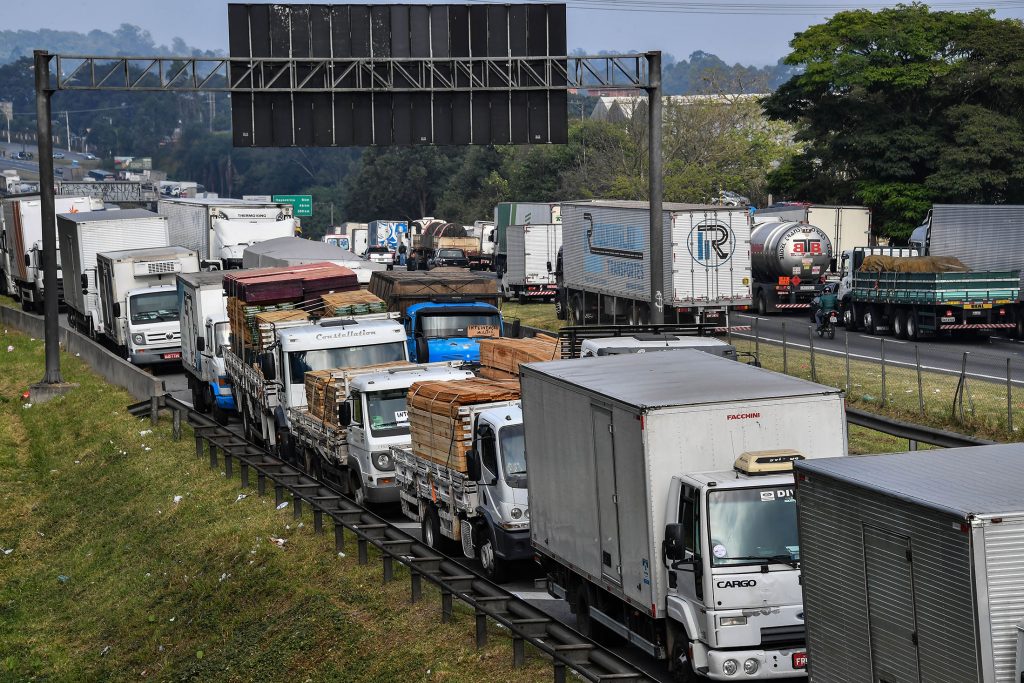 A week-long truckers’ protest is leaving Brazil with a massive bill, lower growth projections and more strikes to come, according to Bloomberg.

Trucks had lined many major highways throughout the country, with 200 blockades being reported in 24 of the country’s 27 states, according to U.S.-based tropical fruit importer HLB Specialities.

The truckers were protesting over high diesel prices, but the blockades are now easing following a concession made by President Michel Temer late on Sunday to cut the price for 60 days, Bloomberg reported.

The move is expected to cost 9.5 billion reais (US$2.6 billion). Financial markets tanked on Monday, reflecting just how much investor sentiment toward Brazil has soured.

While many blockades have been lifted, truckers remain on strike. The supply of fuel and food improved in parts of the country, but many of Brazil’s businesses and public schools remained shut as commuters struggled to get to work on Monday.

At least eight airports are without fuel. To make matters worse, the oil workers federation FUP called for a strike on Wednesday.

Bloomberg reported that while delivery of essential medical supplies is improving, supermarkets still face shortages of perishables such as fruit, vegetables and eggs.

On Friday, HLB said papaya imports were being affected by the strikes, noting that the company's last shipment from the country was last Monday.