Blueberry supplies coming from numerous North American production regions at the same time have resulted in difficult market conditions during July, according to Florida-based Wish Farms.

Teddy Koukoulis, director of blueberry operations, also mentioned that a lower crop than expected from Georgia had troubled marketers earlier in the season.

"You've got the back-end of North Carolina, all of New Jersey, Michigan, British Columbia and Oregon all coming in at the same time. You're looking at probably 17-22 million pounds a week in the marketplace, " he said.

"The supply is over the demand and it's very difficult to maintain what I would consider quality pricing for growers. It's a tough time of the year, and it has been for the last couple of years in the middle of July."

Koukoulis expects market conditions to improve into August, with the East Coast regions winding down and Michigan and British Columbia past their peak volume weeks. 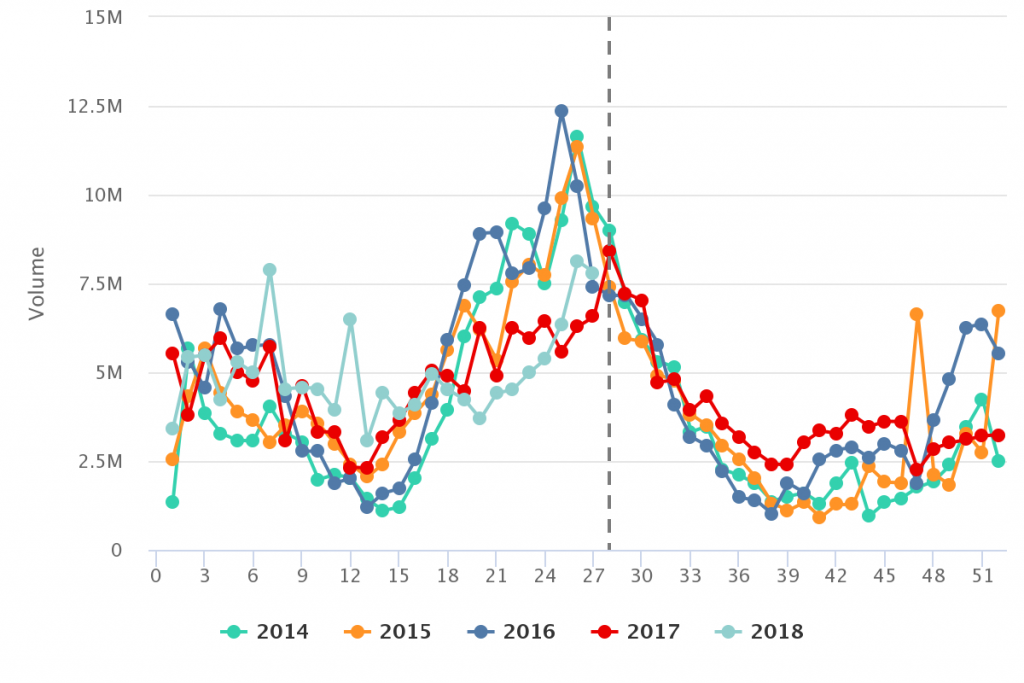 He also said that Georgia's low crop had caused problems for the industry earlier this season, with many receiving lower prices for their fruit than the market value.

"There was a lot of publicity that they were going to have a significant crop starting around of around early April - those two things didn’t happen," he said.

He explained that as marketers have to sell farmers' crops often many weeks in advance, their prices had not been in line with the reality of the season when the low volumes arrived.

"Prices were a little suppressed faster than they should have been and we were literally out of fruit," he said.

"Marketers out there, including ourselves, were quoting prices - sometimes two, three, four weeks in advance and getting ads in place - and you have to honor those prices."

The Wish Farms representative also pointed out that rising Mexican blueberry volumes have "definitely had an effect" on the U.S. market, with opening prices at the beginning of the season not as high as they have been before.

"We don’t have the days of the US$38 6-ounce any longer," he said, noting prices had been closer to US$28-32 at the start of the Florida season this year.

In addition to rising Mexican supplies, he said the Chilean deal has also been extending and now runs into April, overlapping with the start of the domestic campaign.