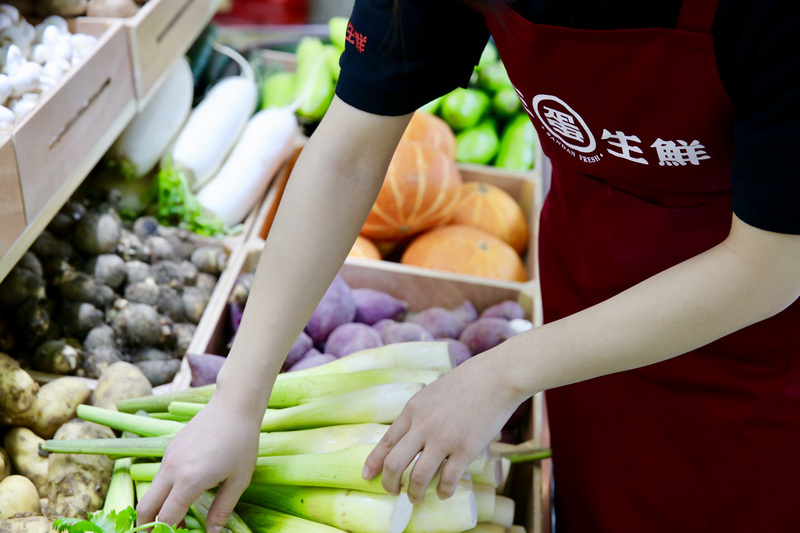 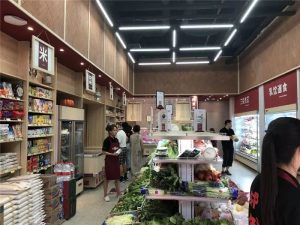 Sandan Fresh has previously only sold produce online but on June 30 opened its first outlet in Shanghai.

It now has ambitious plans to open 20-30 more stores in the city over the next year, local media report.

In addition to its retail stores, the company will also install numerous self-service machines (or 'smart shelves') around the city. Customers will be able to place orders online and pick up their goods at these machines, to which Sandan will make two deliveries per day.

This is part of a growing concept in China called O2O, or 'online to offline', which essentially involves breaking down the barriers between the two purchasing methods and delivering goods to consumers quickly.

Another example of this is Alibaba-owned Hema Fresh, which delivers to customers within a 3km radius of each store in just 30 minutes of an order being placed.

Sandan's retail stores will be relatively small in size, partly due to the low space availability in one of the world's most populated cities, and partly to allow a large number convenience-style stores to be established.

The first store covers 100 square meters and currently has around 800 - 1,000 SKUs, including fruit, vegetables, meat, eggs and soy products.

A Sandan Fresh spokesperson explained that through a combination of 'offline' stores and 'smart shelf' machines, the company can provide customers with more an integrated shopping scene, including delivery to stores, and home delivery for purchases made through the social media platform WeChat.

The company expects around half of its sales to come from in-store purchases and instant deliveries to the smart shelf machines, and the other half to from WeChat purchases for home deliveries.

Each of the 20 - 30 stores that are due to be opened over the next year are set to be accompanied by 10 smart shelf machines.

Shanghai will be used as a benchmark city, with expansion to other cities expected in the future.