EU apple market to "return to a year of stability", says VOG 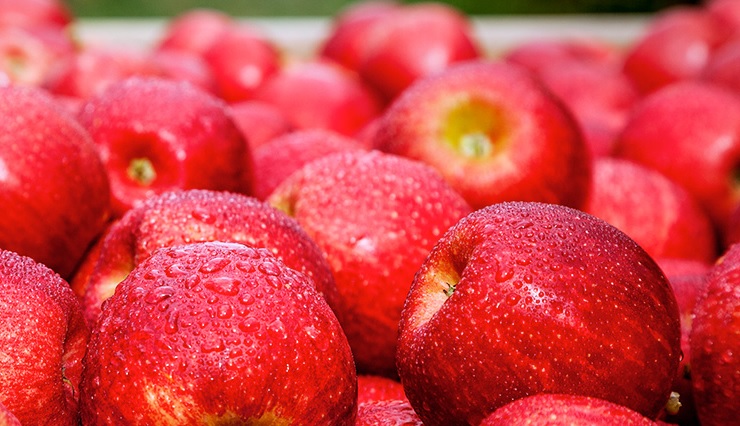 This is mainly down to the very scarce crop in Poland, which accounts for almost 25% of the European total. The nation suffered a heavy frost during apple tree flowering. Meanwhile, forecasts in the production zones of France, Spain and Italy show an increased but still average harvest.

“If forecasts for 2019 are confirmed and a reduction of 40% of Poland’s production materializes, we will return to a year of stability,” CEO Gerhard Dichgans comments.

"Advance prices already starting to rise for apples to be used in manufacturing is an early sign that something serious has taken place.”

However, he does note that fruit quality might have been affected by extreme weather conditions.

"Unfortunately, calibres are lower than average as a direct result of an overly cold spring followed by prolonged drought and heat over the summer. Therefore, there will be a lack of larger sizes with an abundance of small to medium sizes,” he adds.

"This will be apparent early on in the market, and we will see a very wide price range between individual sizes."

For its member cooperatives, the VOG Consortium forecasts a table apple harvest of 525,000MT. This is similar to last year, but significantly less than during the record year of 2016. At that time, growers harvested over 600,000MT.

The Gala harvest began with a slight delay of five to seven days, as it came right after the mid-August holiday, says VOG.

So far, it says the fruits appear to be of good quality and not overly mature. The cooler days in the first week of August helped with good coloration.

Fruit growth slowed during the hot weeks in July and sees a return to levels of the 2017 year, characterized by small sizes, it adds.

"If we look at estimates by variety, Gala is the top variety in terms of volume, with a forecast of 125,000MT, up 15% on the last season where we lost significant volumes as a result of hailstorms," says Dichgans.

Contrastingly, it says Golden Delicious is down again, showing a drop of more than 10% at 105,000MT.

As for Red Delicious, Braeburn and Granny Smith, they are close to last season’s volumes.

It stresses that Fuji is "finally" back to a good yield after a season of alternate bearing. The crop should show an increase of 30%, VOG notes.

Prospects for the club apples are good, with an increase for Pink Lady, and Kanzi.

An expansion of organic varieties

The harvest of organic apples is on the rise, estimated at 25,000MT. This is due partly to new producers who have completed the three-year conversion period, according to VOG.

The consortium comments the industry plans to add a further 300 hectares to the current 650 hectares under organic production.

This means production areas will reach a total of approximately 1,000 hectares within three years. This underlines the importance of developing organic and biodynamic production to the business strategy of the Consortium, it notes.

“A sore point as the new campaign begins will be stocks of Italian Golden from the previous harvest, which are still significant, overlapping with the upcoming new harvest of fresh apples,” Dichgans says.

“There is already demand for new season Gala apples and I foresee a lively start to the commercial season. On the other hand, a below-average European harvest guarantees a balance between supply and demand and gives hope to our producers who expect a return to profitability.

"With the harvest having started now, the next 15 weeks will be crucial; respect for harvesting timeframes for each variety and microclimate will be key to success."

Overall, he is optimistic about the prospects for the apple industry in Europe.

He expressed optimism "that the new season can develop positively and cancel out the disappointing results of the last year".