Avocados in Charts: What can we expect from the market during the rest of 2019? - FreshFruitPortal.com

Avocados in Charts: What can we expect from the market during the rest of 2019?

As Mexico takes over as the main avocado supplier of the U.S. market, producers are setting their sights on the fall season leading up to the end of the year, right before volumes begin ramping up for the Superbowl.

In this scenario, I want to take a look at what insights the market data has to offer and what we could expect in the coming months.

After the period of massive volatility through the spring and summer, volumes are finally settling down. They are almost perfectly matching up to where they were last year, with September volumes coming in just 1% lower year-on-year. 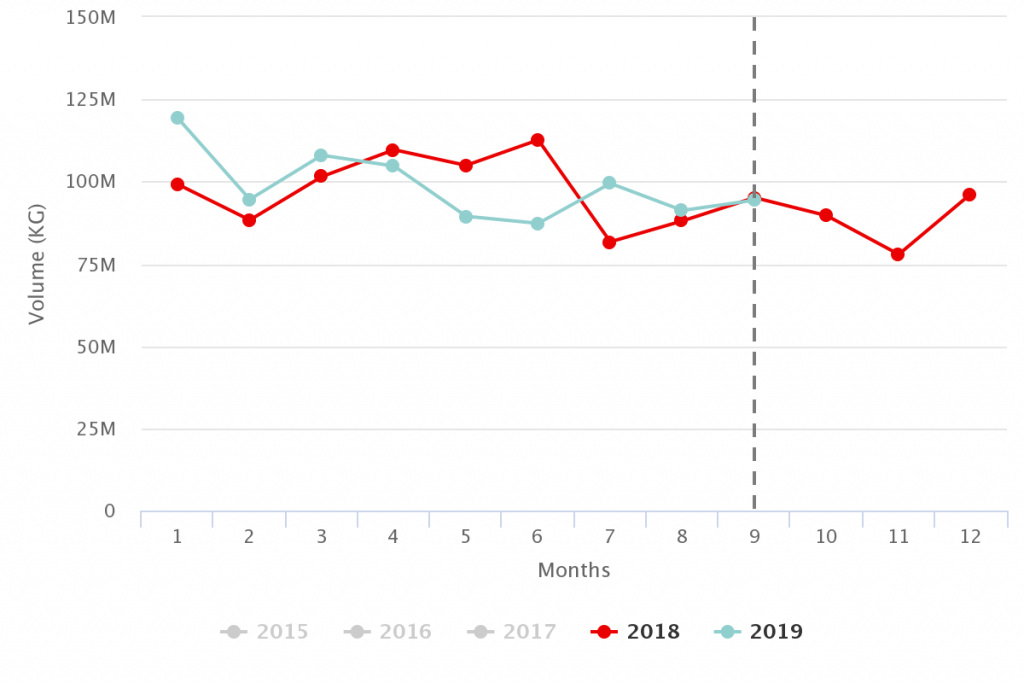 At the same time, we can appreciate a healthy increase of 5% in prices compared to last year. Price rises when volumes are equal are to be expected, as they reflect the growth of the category. Generally, this growth can vary from month to month, averaging about 6%-10% year-on-year. 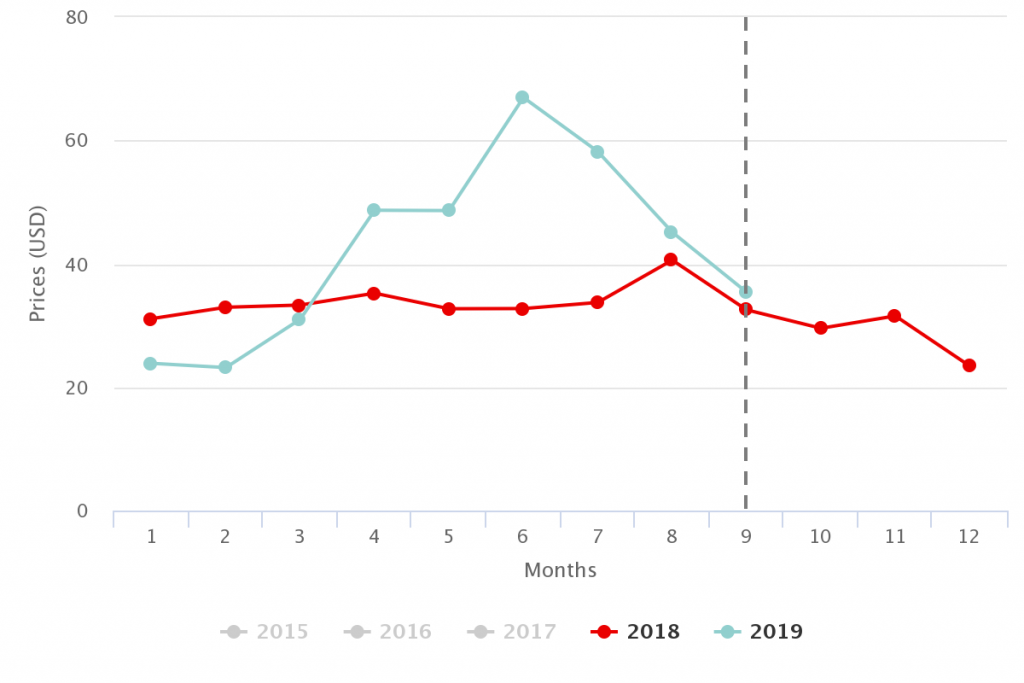 This market data gives some context to the latest forecast made available by the Hass Avocado Board (HAB), which is expecting a 5% increase in volume from week 40 through the end of the year. Should this volume forecast be correct, I would expect average prices from October to be up to 5% on last year.

Nobody in the industry will have forgotten last year's strike from Mexico, and I haven't either. Usually, dramatic events like that are seen as outliers that are to be ignored. Fortunately, however, if we look at this period as a single unit of time, it encompasses last year’s strike entirely, which basically shifted volumes from weeks 44 through 46 back three weeks, almost like digging a hole and piling up the dirt right next to it.

After all the backed-up volume finally got through the system, it looks like by week 50 we were back to volumes representative of actual supply.

Because the shift in volume didn’t have much of an effect on pricing outside of what would be expected - given sudden changes in volume - I was able to draw my conclusions by looking at the entire period, which is then comparable to the forecast published by the HAB. 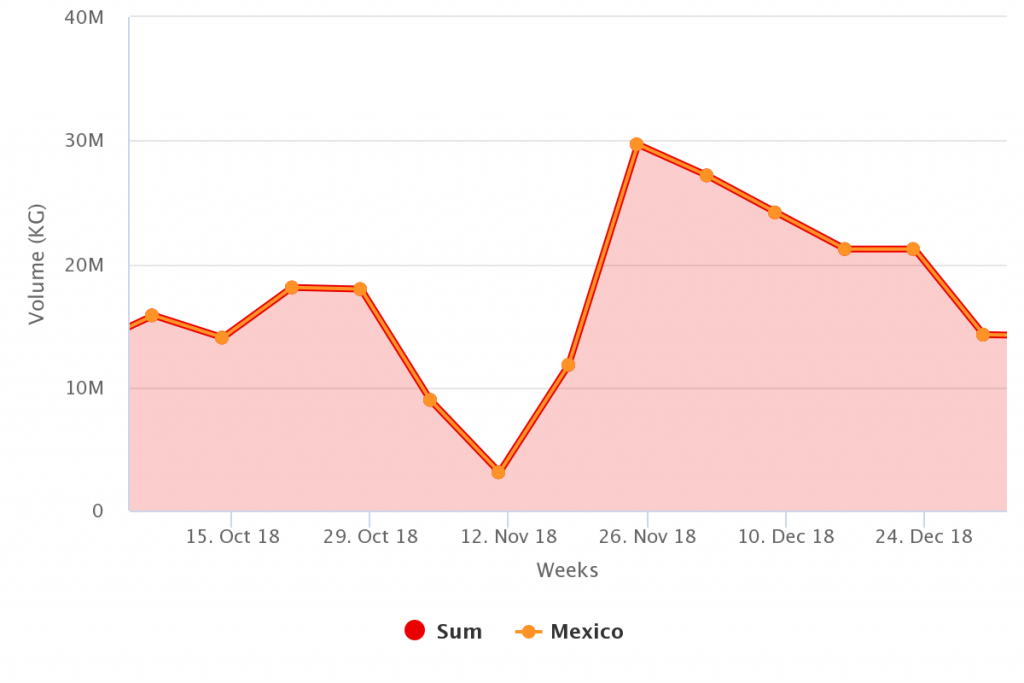 Looking back at the previous forecast

About three months ago I did the same exercise, where I had written that the U.S. avocado markets could settle below last year's prices. I don’t want to shy away from this article, so I wanted to take a bit of time to look at what happened - especially as prices did not settle below last year’s and I don't expect them to do so before the end of the year.

The premise of the previous article was based on a HAB volume forecast for Mexico released on the week of July 14 which suggested that Mexican volumes would increase by 20% through the week of Oct. 13. The forecast ended up being pretty good - according to the USDA, Mexico sent 19% more fruit in the last three months.

As we saw in the first chart, however, this increase was not reflected in the total volumes for avocados. This variance can be explained by looking at the volumes from California and Peru which shipped less fruit in September compared to last year, balancing out Mexico's increase and getting total volumes to the 1% decrease previously commented. 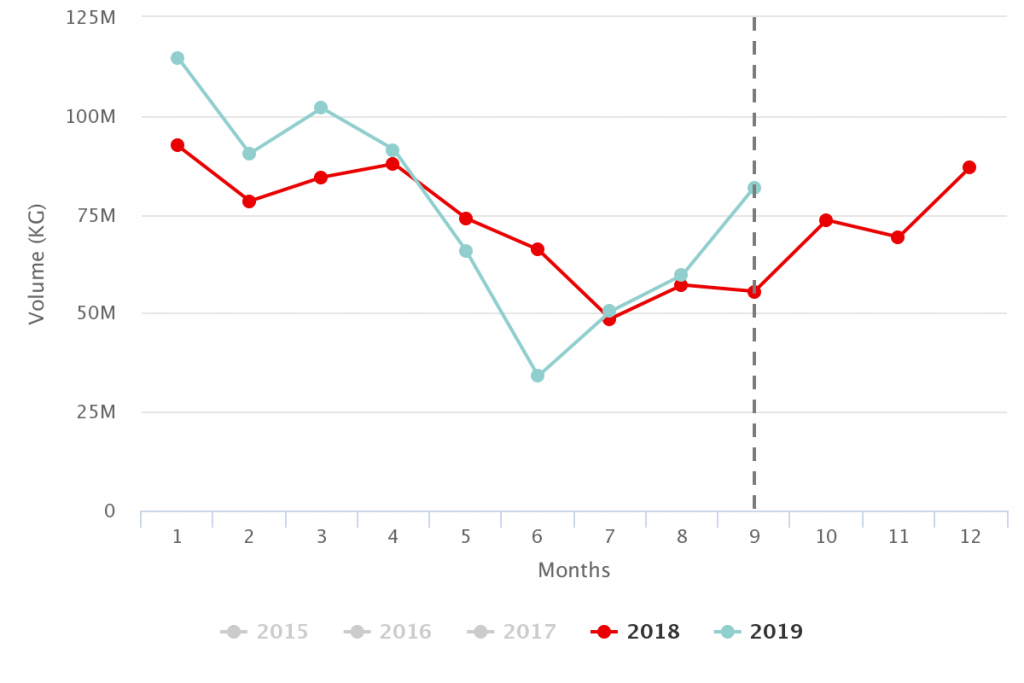