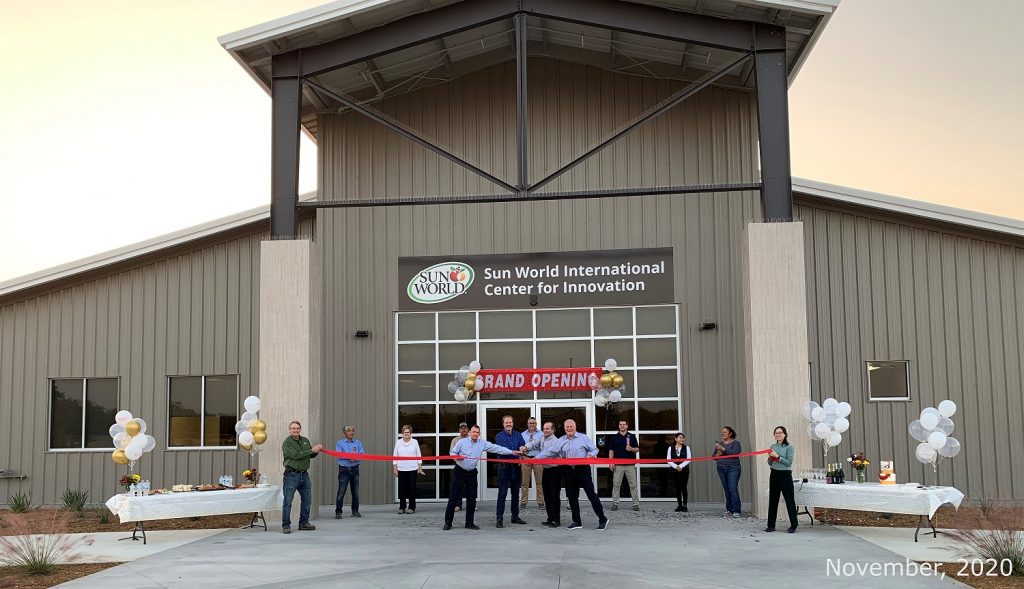 The company, known for introducing produce items such as table grapes, plums, apricots, peaches, and nectarines, among others, recently held a virtual grand opening of its Center for Innovation where it intends “to breed, assess and introduce new produce varieties”.

In the past, Sun World’s breeding work took place at a separate variety development center, located nearby. Planning for the new location began two years ago and the ground was broken for construction in August of last year.

The center is located on a 160-acre campus, a space that includes a 17,000 sqr. ft. building, an experimental research farm, and laboratories for molecular breeding, embryo rescue, seedling transfers, and post-harvest assessment.

“We are intentionally thinking big, and long-term. This facility will house much more than the table grape and stone fruit breeding programs we currently operate," said the VP of Variety Development for Sun World, Terry Bacon  "We have bold plans to expand into developing other crops that delight consumers”

The company also stated that the  Innovation Center is dedicated in memory of Sun World founder Howard P. Marguleas and the impact he made on the American produce industry.

“My father’s notable passion for introducing consumers to unique and flavorful new fruit and vegetables was legendary. As such, we thought it was particularly fitting to dedicate this extraordinary new facility in his memory,” stated David Marguleas Sun World’s chief executive officer.